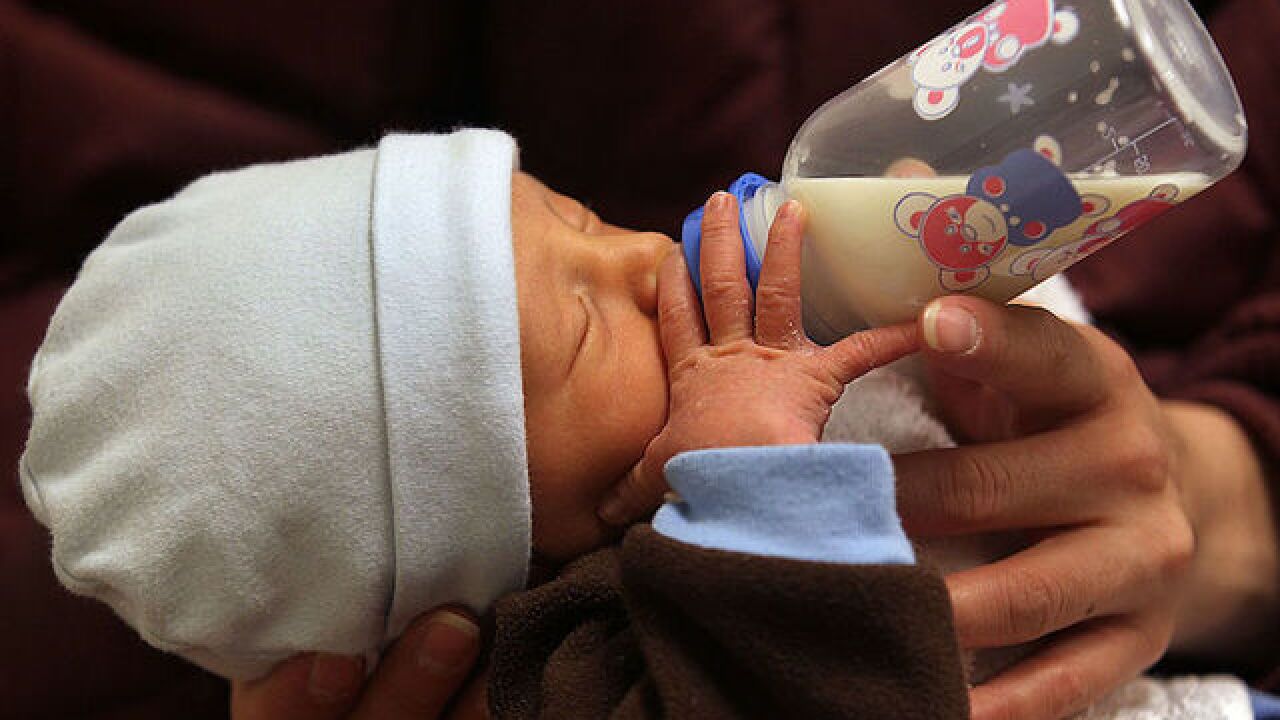 Doctors are getting a better understanding of how using marijuana can affect a breastfeeding mother's milk supply -- and for how long.

A study published Monday in the journal Pediatrics found that low levels of chemicals in marijuana, like tetrahydrocannabinol or THC, were measurable in several mothers' breast milk up to six days after they said they smoked pot or ate an edible, among other forms of use.

"Whether this means that some level -- or any level -- of these metabolites can negatively influence child development is unknown at this point," said senior study author Christina Chambers, a professor of pediatrics at the University of California, San Diego and director of clinical research for the Department of Pediatrics at UCSD and Rady Children's Hospital.

"It's important to be able to know the answers to those questions so the advice that pediatricians and obstetricians are giving to pregnant women and breastfeeding women are based on sound evidence," she said. "This is a call to action to take the next steps to study long-term outcomes in these children."

Separate research, published last year in the medical journal JAMA, found that the prevalence of marijuana use among a sample of 279,457 pregnant women in California climbed from 4.2 percent to 7.1 percent from 2009 through 2016.

Physicians and scientists have been taking a closer look at the health implications of marijuana use while breastfeeding since mothers in the United States got greater access through legalized recreational use in several states.

'The question is, does it matter?'

The researchers analyzed concentrations of the mind-altering chemical THC and other compounds in the breast milk of 50 women who reported using marijuana. The women had children who ranged in age from newborns to toddlers older than 12 months.

Between 2014 and 2017, the women provided 54 total breast milk samples, which were analyzed at the University of California, San Diego's Mommy's Milk lab, a human milk research biorepository. The women also reported in questionnaires whether they were exposed to marijuana, medications and other substances in the 14 days before their milk samples were collected.

After analyzing the milk samples, the researchers found that THC was detectable in 34, or 63 percent, of the 54 samples. The average concentration of THC found in those samples was 9.47 nanograms per milliliter. The researchers also found five, or 9 percent, of the 54 samples had measurable concentrations of cannabidiol, another chemical in cannabis.

The researchers then calculated how much THC an infant would ingest from that concentration.

Taking into consideration breastfeeding frequency, quantity of milk ingested and other factors, the researchers estimated that a hypothetical 3-month-old, weighing 6.1 kilograms or 13 pounds, would ingest about 0.040 nanograms of THC per milliliter of milk.

"The question is, does it matter? ... Is it possible that even low levels in breast milk may have an effect on a child's neurodevelopment? And we don't know the answer to that," Chambers said.

The study had some limitations, including that the researchers relied on the women to remember their marijuana use or exposure and then report that use. The researchers also did not test what levels of THC or other compounds were in the breastfed infants themselves, instead relying on their own estimates.

However, Chambers said that more research is to come.

The researchers are planning another study to better understand how cannabis exposure might be associated with neurobehavioral testing outcomes in children.

"That's a testable hypothesis and something that we want to move forward with trying to answer, because it's a critical question," Chambers said.

How chemicals can get into breast milk

For now, the study "attempts to fill a large gap in our knowledge about marijuana use and breastfeeding," said Dr. Robyn Horsager-Boehrer, professor and chief of obstetrics and gynecology at the University of Texas Southwestern's William P. Clements Jr. University Hospital in Dallas.

THC or other components of marijuana can enter a mother's breast milk supply because blood vessels in the breast provide access to the glands where milk is produced, said Horsager-Boehrer, who was not involved in the study.

That access allows chemicals or medications in the blood to transfer into breast milk, depending on the "size of the compound, the concentration in the maternal bloodstream and whether the medication or chemical is bound to fats and proteins," Horsager-Boehrer said.

"THC is very soluble in fat, and since breast milk has a high fat content, it isn't surprising to see these results," she said of the study.

Yet the study did not directly examine what the significance would be for an infant.

"To look at that, we'd first have to see if levels in the milk translate into levels in the infants' blood," said Dr. Melissa Bartick, an assistant professor of medicine at Cambridge Health Alliance and Harvard Medical School in Massachusetts, who was not involved in the study..

"We would have to measure any cognitive, intellectual and behavioral effects on the children as related to blood levels, while eliminating confounding factors such as exposure during pregnancy and the effects of parenting while under the influence," she said. "So there is little we can advise from this study except more research."

What recommendations say for women

The American Academy of Pediatrics published a new clinical report accompanying the study, with recommendations for breastfeeding and pregnant women who use marijuana.

This emphasis on being informed was something that stood out to Dr. Alison Stuebe, an associate professor of maternal-fetal medicine at the University of North Carolina School of Medicine in Chapel Hill, who was not involved in the clinical report or the study.

"Very often, medical documents make statements that women should 'not be allowed to breastfeed when they use marijuana.' That approach presumes that women need to be told what to do, rather than being given information to make informed decisions," said Stuebe, who is also a board member of the Society for Maternal-Fetal Medicine.

"As a women's health provider, I believe we should provide women with information and advance their understanding so they can make informed choices," she said. "I was really happy to see counseling as an emphasis of this document."

Dr. Sheryl Ryan, a professor of pediatrics and chief of the Division of Adolescent Medicine at Penn State Health Milton S. Hershey Medical Center, wrote an editorial that accompanied the new study.

She wrote that both the American Academy of Pediatrics and the American College of Obstetricians and Gynecologists recommend counseling moms to abstain from all cannabis products if they wish to breastfeed.

The new study provides support for those recommendations, she wrote.

"But the picture is incomplete without our understanding of what is happening at the level of those infants exposed to cannabinoid-containing breast milk," she wrote. "Hopefully, the calls for research to answer these important questions will not go unheeded."