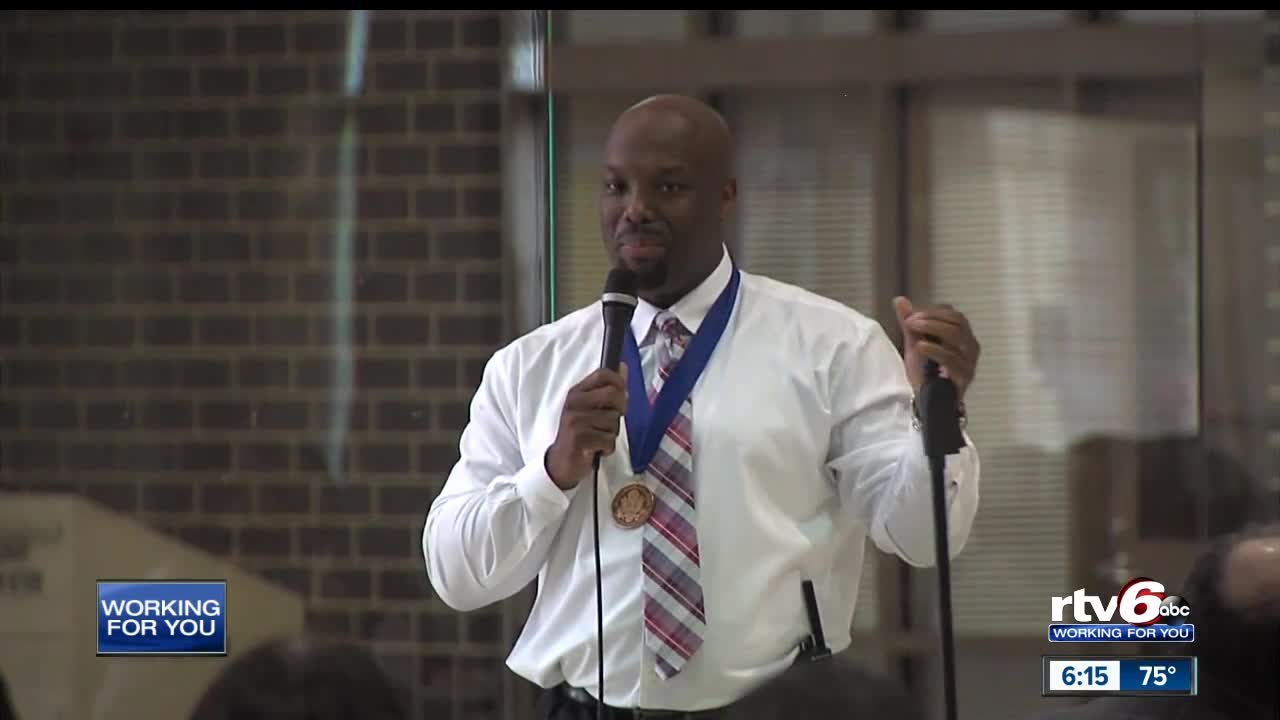 INDIANAPOLIS — There is a leader among giants at the Chapel Hill 7th & 8th Grade Center in Wayne Township.

Kelin Mark, a father and educator who works as principal at the school, received October's Jefferson Award for Multiplying Good.

"You have to give kids the conversation, talk to them, whats ahead, the vision and then give them opportunities to live that out. To exercise it. To put it into action," Mark said.

Every morning, you will find Mark in the labyrinth of hallways that connect the Chapel Hill family. We visited Mr. Mark while he held his first official meeting as principal. We were not on the agenda, so he rolled with it.

But after the first bell, the students in the class were continuing life lessons about leadership, service and academics, which began this past summer and will develop through the school year. It's an extension of the summer academy known as "Young Men of Purpose Mentoring."

"The one thing I really did like that I learned was the real meaning of love — not boyfriend and girlfriend. What love actually means — brotherly love," Derrick Phillips, a student, said. "I appreciate that very much."

Mark brought the Young Men with a Purpose program to Wayne Township Schools six years ago. The goals are to improve grades, raise self-esteem and light a path to success. Experiences wanted for every child among the educators at the school.

"The number of young men that he has positively impacted as a result of his work with them is immeasurable," Wayne Township superintendent Jeff Butts said.

After he received the Jefferson Award for Multiplying Good, Mark said he feels blessed and honored to work in Wayne Township.

"The things I do or our students, staff, and families are the things that I do at home with my wife and son," Mark said.

The humble guy with the gold medallion had a busy day ahead, and he continues to make sure the hallmarks he champions — good character, hard work and excellence, move from classroom-to-classroom.