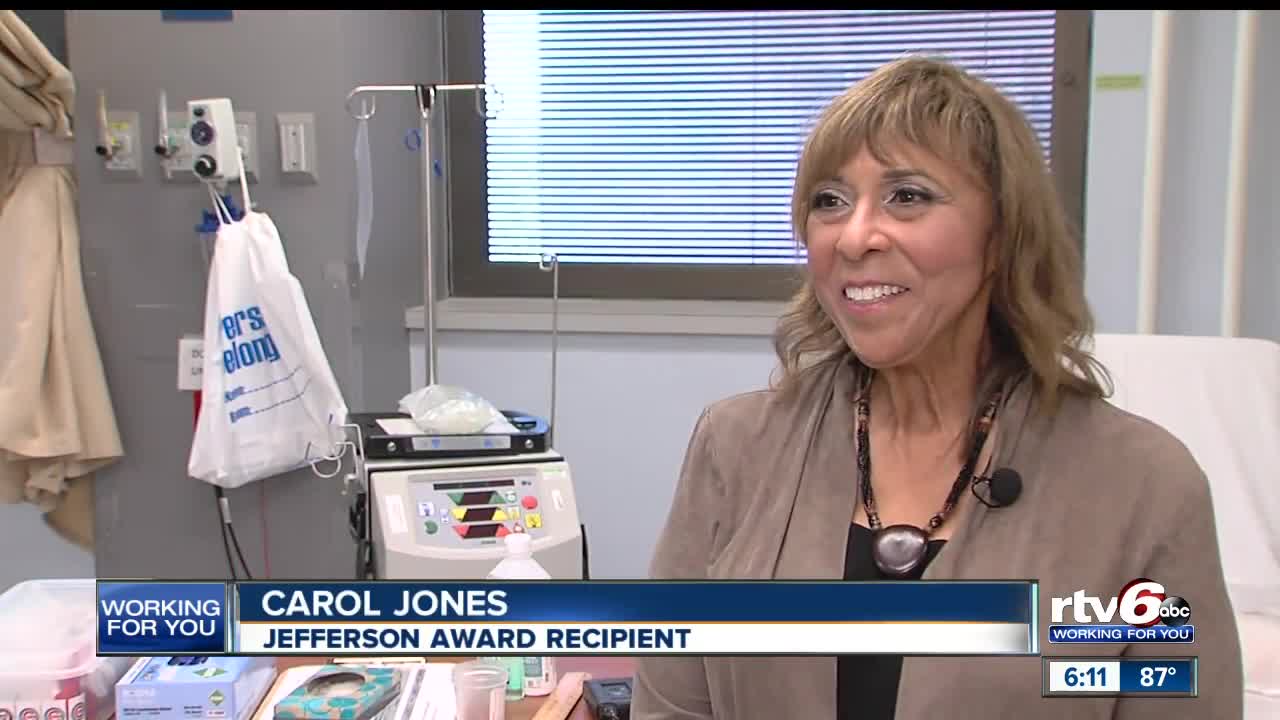 At the Roudebush VA Medical Center on the near west side of Indianapolis, a woman changes so many lives for the 28 years she worked there. At a young age, Carol Jones knew she wanted to dedicate her life to serving others and easing their struggles. 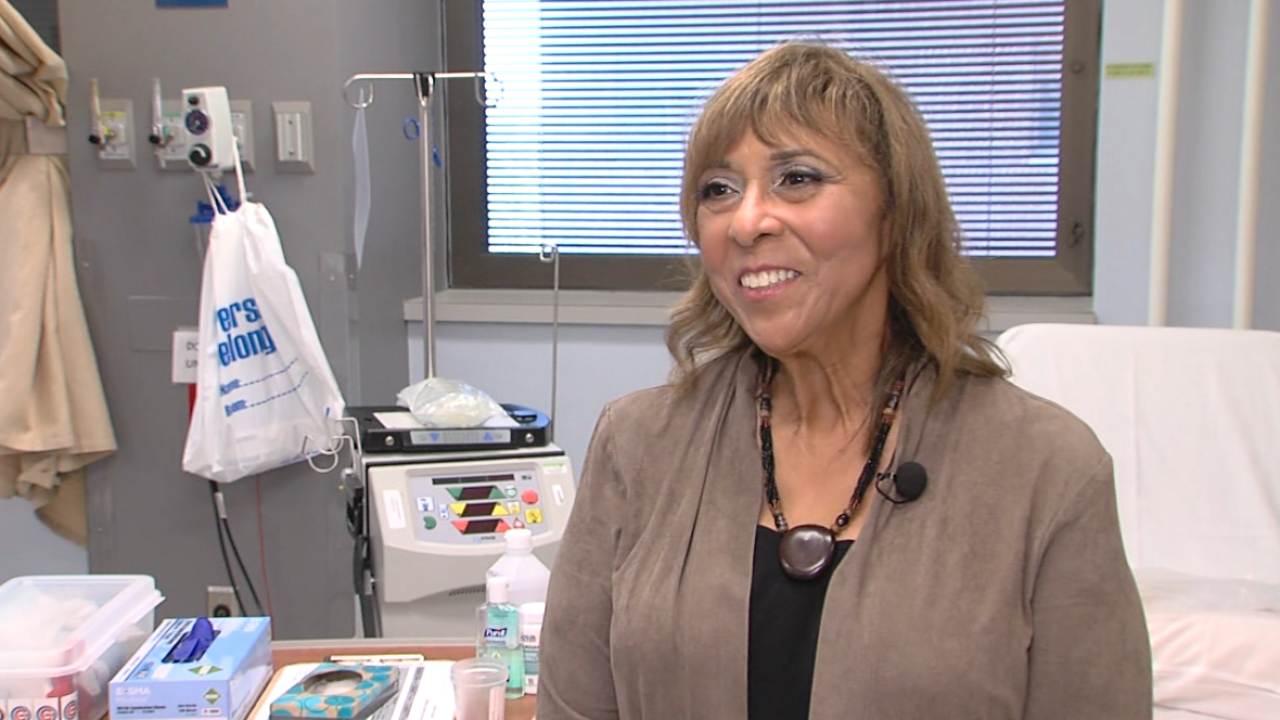 INDIANAPOLIS — At the Roudebush VA Medical Center on the near west side of Indianapolis, a woman changes so many lives for the 28 years she worked there.

At a young age, Carol Jones knew she wanted to dedicate her life to serving others and easing their struggles.

"Well you'll have to know my history," Jones said. "I started out at the age of 11, deciding I wanted to be a social worker."

"She's so inspirational," Sharon Hults, a dialysis social worker, said. "She's inspired me and other social workers to be the best we can be."

Jones has used the power of kindness and her smile to make a difference in the hallways of that hospital.

"You're laying there in the chair, plugged into this machine, and here she comes up and makes everything better, just by talking to you," Glen Marckel, a former patient of Jones', said.

Through her words and her helpful hand, Jones has guided veterans through some of their toughest times.

Marckel might have started as Jones' patient, but now he's a friend.

"I was on dialysis — pretty bad shape. She came around ... and we got the initial starting on the paperwork to get everything taken care of financially," Marckel said. "I was pretty devastated. I had been working, and all of a sudden, my kidneys failed."

Jones primarily worked with veterans who developed kidney problems and depended on dialysis.

"She come in, stepped in, gave me moral support and helped me do the financial things I had to do," Marckel said. "And she became a good friend."

"Every time I see him, he's got a big smile on his face, and he's happy," Jones said. "So that's one of my true joys is getting to see people improve and gain their functions and be happy."

Jones celebrated the end of Marckel's battle when he received a new kidney. Her mission is to lift people up — empower them.

That's why she — along with the woman who nominated her for the prestigious Multiplying Good Award — was instrumental in implementing the first renal support group at the VA hospital more than four years ago.

"And it just really helps motivate people to keep on living and get a quality of life," Hults said. "It's not the end of the world."

The group meets monthly and has grown to include more than 100 vets, sharing their frustrations, their pain and their victories when it comes to their kidney health.

"So, it's interesting to see that group come together and help each other. And they always gave encouragement to the patient who hadn't actually started dialysis," Jones said. 'And then, the transplant patients always gave help to the patients that were on dialysis. So it was a circular effect. Everyone was helping one another."

A circle of giving and sharing by Jones.

"You just can't believe how good it feels to make a difference in someone's life," Jones said.

Jones recently retired from her position at the Roudebush VA Medical Center, but she is still connected to the place and its people. She even brings by her signature cobbler from time to time.

Jones also volunteers as a field instructor for the Indiana University Purdue University - Indianapolis School of Social Work, inspiring students to pursue in the field of helping others.