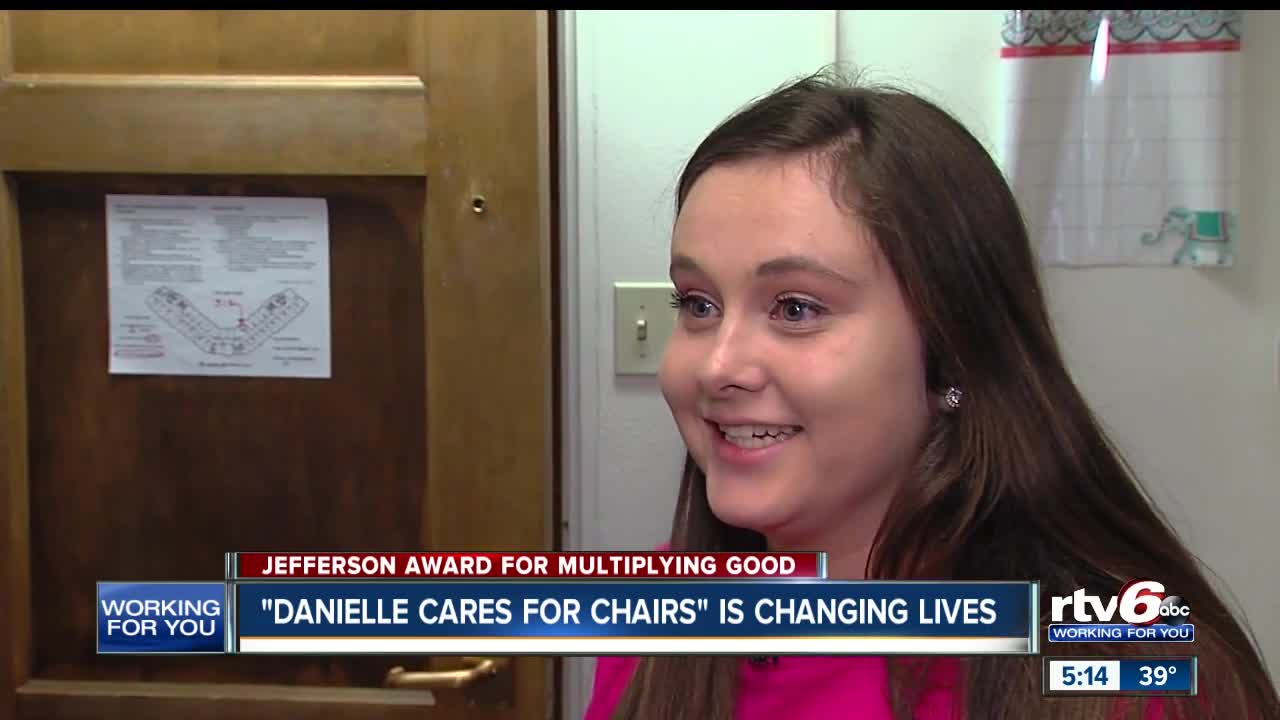 Danielle Rothchild, this month's recipient of the Jefferson Award for Multiplying Good, proved a simple effort and a curiosity can morph into a labor of love. 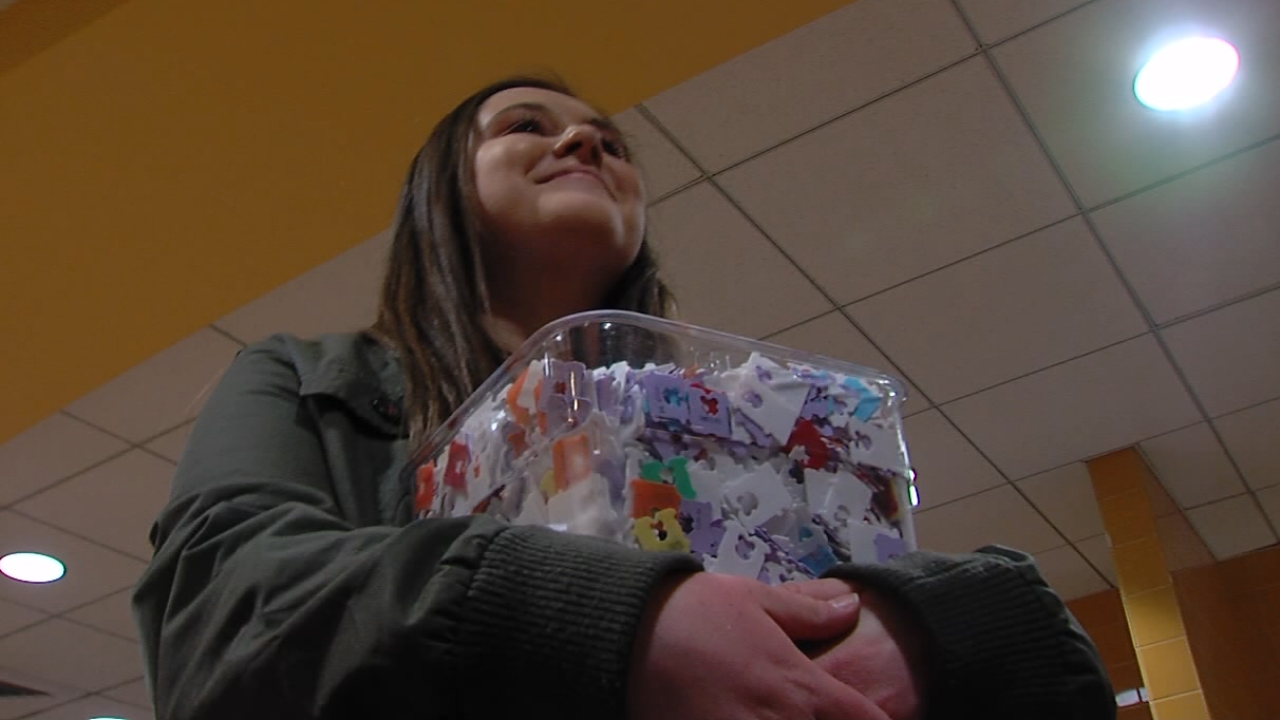 WEST LAFAYETTE — Danielle Rothchild doesn't know what a free moment is. The Purdue sophomore is non-stop.

"A lot of work for sure. A lot of projects and homework. But I can't wait until finals are over," Danielle said.

She's busy now, and she was busy back when she was a student at Carmel High School and enrolled in all sorts of extracurricular activities, including Family, Career, and Community Leaders of America, which challenged its members through competitive events.

A quick stop to a fast food eatery would change her entire life when she saw a box of those little plastic tags that were used to keep bread bags closed. She had an idea that would eventually lead to RTV6 presenting her with this month's Jefferson Award for Multiplying Good.

"And so I made a whole dress out of bread tags," she said. "This was the dress that started it all."

Danielle's mother keeps the bread tags dress in the dining room of their Carmel home.

"And when I was done, I had about 40,000 bread tags left over. So I researched what I could do with them and I actually found a foundation in South Africa called Bread Tags for Wheelchairs. And I was inspired because it was started by an 80 year old woman," Danielle said.

She was only 16 at the time, and she learned no one in the United States was working on a similar effort.

Danielle researched and learned something as small as a bread tag could change lives. She began an effort to collect them, starting at Lucas Oil Stadium.

"I actually went up to all the concession stands before the game and I was like 'Hey, by any chance do you have breag tags?' And that was my first starting collection," she said. "So I had the Colts local concessions. And then I would go to local businesses all around Carmel, and it just kind of took off from there."

Danielle set up a website and Facebook page and launched her own registered nonprofit called "Danielle Cares for Chairs." Word spread and soon she received donations of bread tags from places around the nation, enough to fill countless bins and boxes in her parents' home. Danielle began working with a plastic recycling plant in Indianapolis, which pays her for bulk donations of bread tags.

"They melt them down and then they become like little pellets, and then they repurpose them and make tape dispensers, sporks, you know, the spoon forks and different things like that," Debbie Rothchild said.

Danielle uses the money to purchase wheelchairs and mobility products for children and their families who might be having issues with insurance companies. So far, "Danielle Cares for Chairs" has provided mobility products for seven families, including a pink power wheels car for Jaydin Wilson, which was re-engineered specifically for the little girl living with cerebral palsy.

"There was so much thought that went into (it), and that's Danielle," Ben Wilson said. "She always thinks about the kids and it's never about her. It's never about the reward. Because the reward was seeing these kids do something they normally would never have the ability to do."

Danielle has continued to grow her charity, even as a busy student at Purdue. She still solicits bread tag donations and is even working with the college dining halls to collect theirs — all to help fill a gap for families.

She plans to give away another mobility device before the summertime, and she hopes more families who need help will reach out to her on her website or Facebook page. Her goal is to turn over the "Danielle Cares for Chairs" charity to another high school student since she believes young people need to continue showing they can make a difference.

"It's just always the most amazing feeling to see those kids react, to see the face on the reaction of the kids," Danielle said. "It's just absolutely humbling. It makes me feel amazing to see what I can do to help and impact these kids lives."