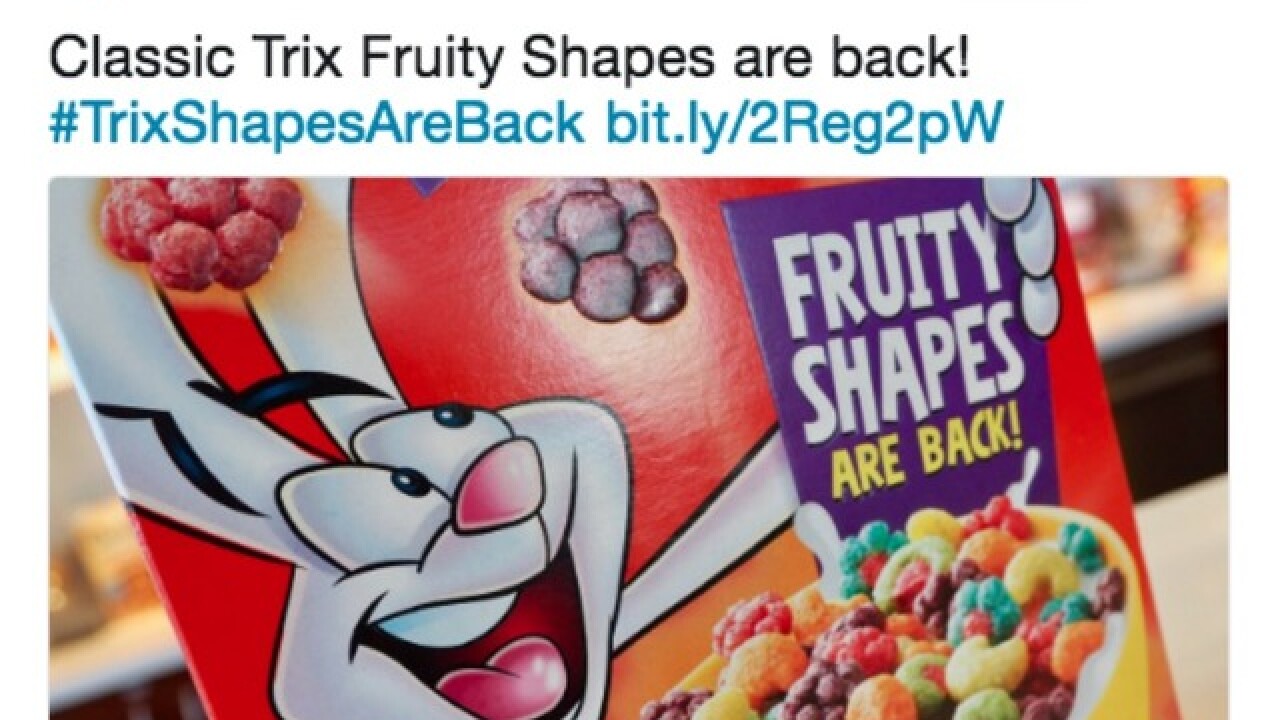 Copyright 2018 Scripps Media, Inc. All rights reserved. This material may not be published, broadcast, rewritten, or redistributed.
Twitter.com/GeneralMills

There was some important bite-sized breakfast news this week, especially if you grew up during the 1990s.

Trix is bringing back its fruit-shaped cereal pieces.

"Trix cereal is beloved by our fans, and we heard loud and clear that they wanted to see the iconic shapes back in their bowls," said Scott Baldwin, director of marketing for General Mills Cereal, in a written statement.

Apparently, the company received more than 20,000 requests for the change over the last 18 months.

Trix launched in 1954, but it was not until 1991 that the sphere-shaped cereal pieces were swapped out for fruit-shaped ones. The company went back to its spherical roots in 2006.

The classic cereal should be on store shelves at major retailers in the fall.