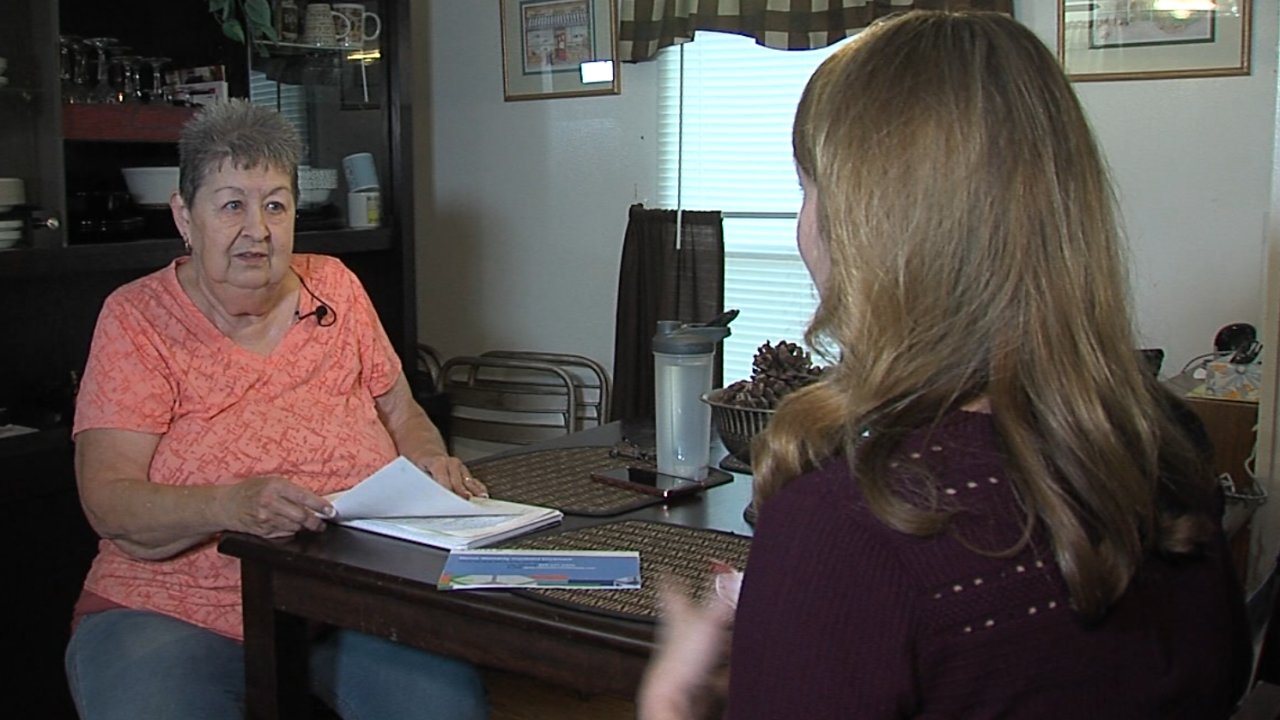 A new lawsuit accuses a home warranty company of taking people’s money and refusing to fix their appliances.

INDIANAPOLIS — A new lawsuit accuses a home warranty company of taking people’s money and refusing to fix their appliances.

Central Indiana customers of Choice Home Warranty reached out to Call 6 Investigates and told us their claims for home repairs were denied.

Many people get a home warranty to avoid costly repairs to appliances, plumbing and air conditioning.

Julie Parker lives in an older home in Greenfield.

She wanted to protect herself from unexpected repair bills, so in 2017, she spent $1,500 on a three year policy with Choice Home Warranty.

"I told them my concern that my home was older, and they told me it didn't matter the age of the units, that they would cover it 100%," said Parker.

But Parker said she’s had difficulty getting the company to fix stuff.

“They refused to repair the furnace because it was a heat exchanger that had gone bad,” said Parker.

“They came back with, ‘well, there’s rust on it, so we’re not going to repair it,’” said Parker. “They said it was because it wasn’t maintained, and it had a leak. I was pretty livid.”

Parker said she has records that she did maintain her A/C unit, but said Choice Home Warranty refused to cover the repair.

She ended up forking out $4,200 of her own money to get a new air conditioning unit.

“It would have cost me more to fight them in legal fees than it would just to purchase a new unit and be done with it,” said Parker.

Margie Brundage in North Vernon is in a similar situation.

She signed up with Choice Home Warranty, and pays $40/month in the hopes of avoiding costly repairs for her mobile home.

But when her air conditioning went out, Choice Home Warranty determined a loose connection found in the breakers of the main panel had caused the damage and must be replaced.

The denial letter said Choice Warranty is not responsible for repairs related to “inadequacy, lack of capacity, improper installation, mismatched systems, oversized systems, undersized systems, previous repair or design, manufacturer’s defect, and any modification to the system or appliance.”

The electrician who came out to her home sent Choice Home Warranty a letter that said they found loose breakers in the electrical panel, but that “nothing had been tampered with or improper installed” and that it was a “common issue in manufactured homes.”

Brundage is frustrated and says her burned panel needs to be fixed.

“They said ‘we’re not going to reverse our decision based on a letter,’” said Brundage. “It made me very mad. I’ve been paying them $40 a month.”

Call 6 Investigates reached out to Choice Home Warranty for comment on the claims for Margie Brundage and Julie Parker, and a spokesperson issued the following statement:

We have reviewed the claims of Ms. Parker and Ms. Brundage and we believe that our determination of their claims was consistent with the terms and conditions of their service contracts."

Brundage filed a complaint with the Indiana Attorney General’s office, which is investigating her complaint.

Call 6 Investigates found Indiana consumers have filed at least 20 complaints with the Indiana Attorney General’s office in the last year and a half against Choice Home Warranty, most of them alleging failure to honor warranty.

In October, the Arizona Attorney General filed a lawsuit against Choice Home Warranty, alleging the New Jersey based company collected millions from consumers and promised to keep out of pocket costs low for refrigerator and A/C issues.

In addition to exclusions, the Arizona AG's office says the company advertised "24/7 customer service" that was to be "swift and timely." Instead, customers were left waiting days for technicians to check their problems.

The company has already faced a lawsuit with similar allegations. In 2015, Choice Home Warranty settled for almost $800,000 for deceptive business practices.

The Better Business Bureau currently has an alert on the company’s profile about the lawsuit.

“That’s a government action, and people should weigh that and pay attention to that,” said Tim Maniscalo, president of the BBB Serving Central Indiana.

The BBB recommends before you get a home warranty, do your research on the company and read the contract including what can be excluded.

“You really want to sure you know what’s covered and not covered,” said Maniscalo. “They can exempt a lot of things in the home.”

Also, check and see whether you have existing manufacturer or store warranties on appliances and other items in your home.

“You may also want to weigh how much does that cost me versus if I just put that money away myself and have my own emergency fund if something happens,” said Maniscalo. “Maybe that would be a better way to do it.”

Both Parker and Brundage wish they had never signed up for a home warranty.

Parker’s contract runs through May 2021 and she has no plans to cancel since she paid up front.

“That’s why I reached out to you guys at RTV6,” said Parker. “So, if nothing else we can educate people on home warranties.”

Brundage plans to keep paying the $40/month on her contract in the hopes that Choice Home Warranty will fix her electrical panel.

“I worry about it every day,” said Brundage. “If I stop paying them, they’re going to stop covering me for sure.”

Choice Home Warranty has not yet responded to requests for comment from Call 6 Investigates.