'Is it justice, or is it vengeance?:' Indiana can't execute offenders right now. Does it need to? 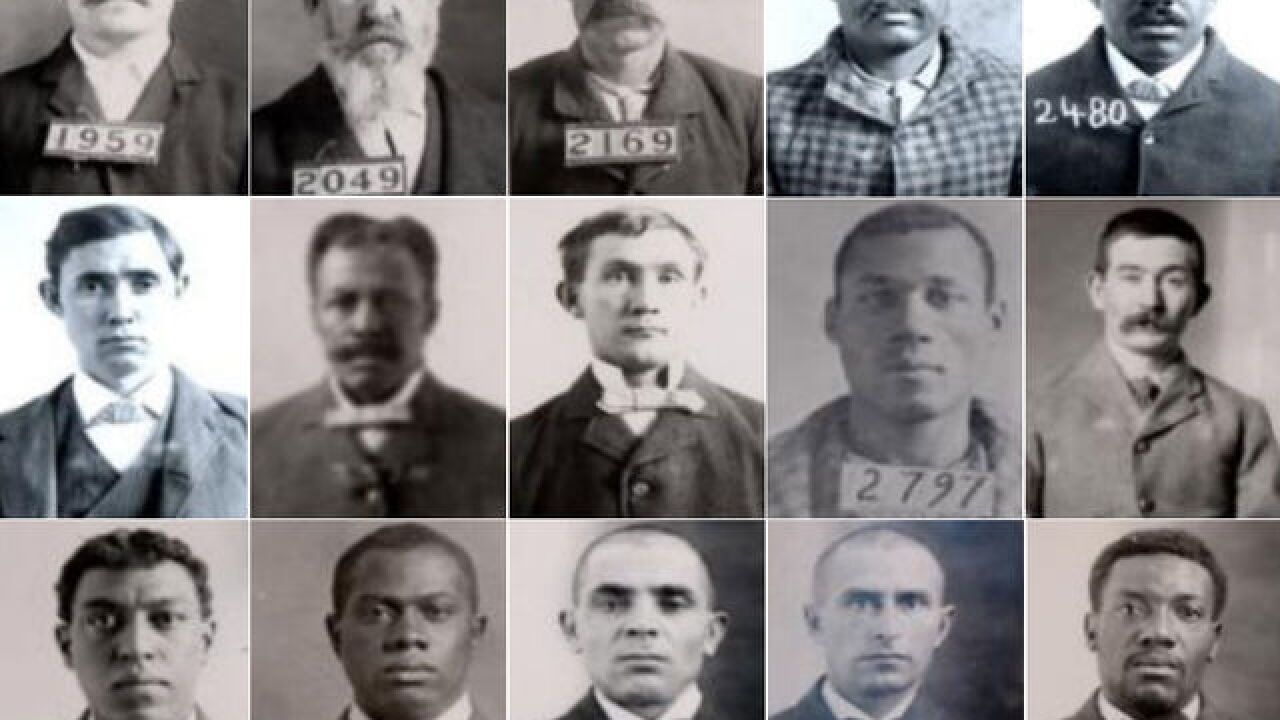 The state of Indiana hasn’t executed an offender on death row in more than seven years. Between a court injunction and declining public support for capital punishment, it may never conduct an execution again.

Matthew Eric Wrinkles was the last man to be executed in the death chamber at the Indiana State Prison in Michigan City.

Wrinkles was put on trial in 1995 for the murders of his estranged wife Debra Jean Wrinkles, and her brother and sister-in-law, Tony and Natalie Fulkerson.

Angry over their crumbling marriage and his inability to see his children – and displaying “erratic behavior” that saw him committed to a psychiatric facility for three days beforehand – Wrinkles dressed in camouflage and face paint on the night of July 21, 1994, and drove to his brother-in-law’s home, in Evansville, Indiana, where his wife was staying.

Wrinkles cut the telephone wires and kicked in the back door. By the time he left, his wife and in-laws were dead – each shot multiple times.

He was convicted on June 14, 1995, and sentenced to death by lethal injection.

Since then, the U.S. has seen a nationwide shortage of sodium thiopental, the primary drug used in lethal injections, after the American manufacturer ceased production and the EU banned its export to the states.

In 2014, Indiana chose a new drug, Brevital, to replace sodium thiopental in its lethal injection cocktail.  But the Indiana Court of Appeals blocked its use earlier this month after agreeing with a challenge by death row inmate Roy Lee Ward, 44, that the state violated the law in how it chose Brevital.

The ruling means executions in the state of Indiana are effectively on hold until a new drug is found or state law is changed.

HISTORY OF THE DEATH CHAMBER

Although Indiana gained statehood in 1816, it had no capital punishment law on the books until 1897.

That same year, the state performed its first execution under the new statute when it hanged 23-year-old Harry Jones in St. Joseph County for the crime of murder.

Hanging remained the prescribed method of execution until 1913, when the Indiana General Assembly passed a law mandating inmates be killed by electrocution. Sixty-two men were executed via the electric chair in Michigan City before the Indiana Legislature again changed the law in 1995, making lethal injection the only legal means of execution.

Since then, 19 men have been killed by lethal injection in Indiana.

By law, all executions in the state of Indiana must occur within the walls of the Indiana State Prison in Michigan City before sunrise. Indiana has never executed a female inmate (although women have been sentenced to death in the state).

Thirty-one states still have the death penalty on their books (although four – Washington, Oregon, Colorado and Pennsylvania – have governor-imposed moratoria on the penalty). That number seems to be on a downward trend, according to David Orentlicher.

Orentlicher is the Samuel R. Rosen Professor of Law at Indiana University Robert H. McKinney School of Law. He also serves as co-director of the William S. and Christine S. Hall Center for Law and Health.

“The death penalty has fallen out of favor, not only among scholars but also among the public,” Orentlicher said. “One reason is: There’s no correcting a mistake if you execute somebody who was innocent. You can’t fix that. And unfortunately, we’re finding that mistakes are made. There are people who are on death row who are innocent.”

“Because we want to minimize the chances of mistakes, we allow multiple appeals and the process can take many years, even decades, before it's final,” Orentlicher said. “So if you're trying to deter people, if it takes 30 years, it doesn't send a very strong message of deterrence. And the evidence isn't really clear that it really does deter."

THE ROAD TO DEATH ROW

The state of Indiana reserves the death penalty for a single crime: murder.

But a murder conviction alone isn’t enough for a convicted felon to receive the death penalty. Prosecutors must prove at least one of a number of aggravating factors outlined by state law. Those factors include committing arson, child molesting or rape in the course of the murder, dismembering or burning the murder victim, or killing a judge, corrections or law enforcement officer.

Even then, the decision to seek the death penalty rests solely in the hands of the prosecutor trying the case.

“It’s the most important decision a prosecutor makes, if you’re talking about life or death,” said attorney Jack Crawford.

Crawford, now a criminal defense attorney in Indianapolis, served for 10 years as the Lake County prosecutor. During that time he tried at least 30 death penalty cases, and sent 17 people to death row.

Those cases included the prosecution of Paula Cooper, who was at one time the youngest death row inmate in Indiana. Cooper’s sentence was eventually reduced by the Indiana Supreme Court, and she was released on parole in 2013. She died two years later in an apparent suicide.

“One thing that struck me and troubled me as a prosecutor is that the statistics show that a person who murders a Caucasian victim – a white person – is 10 times more likely to receive the death sentence than one who murders an African-American victim,” Crawford said. “That’s not right. That just jumps out at you.”

Once a death penalty proponent, Crawford says his views have changed in the decades since he was a prosecutor.

And where you commit the crime can mean the difference between life or death, too.

“If you commit a murder in the state of Texas, or Arkansas or Oklahoma, you’re 50 times more likely to get the death penalty than if you commit a murder here in Indiana,” Crawford said. “Why? It’s a real question, a fundamental question about how we as a fair and honest government treat people who commit serious crimes.”

"The question becomes: Is it justice, or is it vengeance?" Crawford added. "Oftentimes these cases have an air of vengeance about them, which is not what our system is supposed to be about."

That's a debate Monica Foster has been trying to sway people on for 34 years. Now the chief federal defender for the Indiana Federal Community Defenders, Foster has spent her entire legal career as a staunch opponent of the death penalty.

"I think it creates more problems than it solves,” she said. “We spend a lot of money – an awful lot of money – trying to kill people that we don't ever actually kill. We don't kill the worst murderers; we kill the murderers with the worst lawyers. Period. As a consequence, you never see someone with private counsel get the death penalty. Rich people never get the death penalty."

DOES THE DEATH PENALTY HAVE A FUTURE?

For Orentlicher, the IU law professor, the death penalty seems to be on its way out. Capital punishment has fallen out of favor with legal academia, and is increasingly becoming unpopular with the public. And for good reason, he said.

"The idea of the death penalty is the ultimate punishment and we should reserve it for the most heinous criminals, but it turns out that's not really how that plays out, that only the worst of the worst get it,” he said. “Some prosecutors will seek the death penalty frequently, others not at all. And so there are some people who go to death row that aren't the most egregious criminals.”

Orentlicher says the best argument he’s heard for keeping the death penalty around is so that prosecutors can use it as leverage for a plea bargain.

Crawford said he did that himself as a prosecutor – but that if the death penalty is only a threat, and not one that’s ever executed, it loses its teeth.

“I don’t think it makes a lot of sense, because prosecutors are going to get a reputation for crying wolf, if you will, and using it when they don’t intend to use,” he said. “And then its efficacy in effecting a plea bargain will become very small.”

Better, as Foster says, to do away with it altogether.

"I do agree there are some people who are so damaged that they need to be separate from society for the rest of their life,” she said. “I think the availability of the life without parole sentence satisfies anything that the death penalty would satisfy."

Currently, there are 12 men on death row in Indiana. One woman, Debra Denise Brown, was sentenced to death in Lake County but is currently being held in Ohio. Plea deals in the cases of so-called “Purge’ killer Johnathan Cruz and Major Davis II, convicted in the murder of IMPD Officer Perry Renn, have reduced the number of ongoing death penalty cases in the state to just three.

When the Supreme Court briefly ruled the existing death penalty unconstitutional in the 1970s, all capital sentences at the time were converted into life sentences. That would be an option in Indiana. Or, the state could simply choose not to schedule executions for the offenders on death row – effectively giving them life without parole.

Outside of prison, Crawford says he thinks the pressure to do away with the death penalty altogether will only mount.

“I think the death sentence is at a critical point right now,” he said. “It’s going to have to be debated in the legislatures and in the public to decide whether the people really want it, if it’s worth all of the effort and if it truly is justice. That’s what it comes down to, and only the people can decide that.”

If the day came when abolishing the death penalty reached an Indiana ballot, Crawford – the former prosecutor who sent 17 people to death row – said without hesitation he knows how he’d vote.

Jordan Fischer is the Senior Digital Reporter for RTV6. He writes about crime & the underlying issues that cause it. Follow his reporting on Twitter at @Jordan_RTV6 or on Facebook.