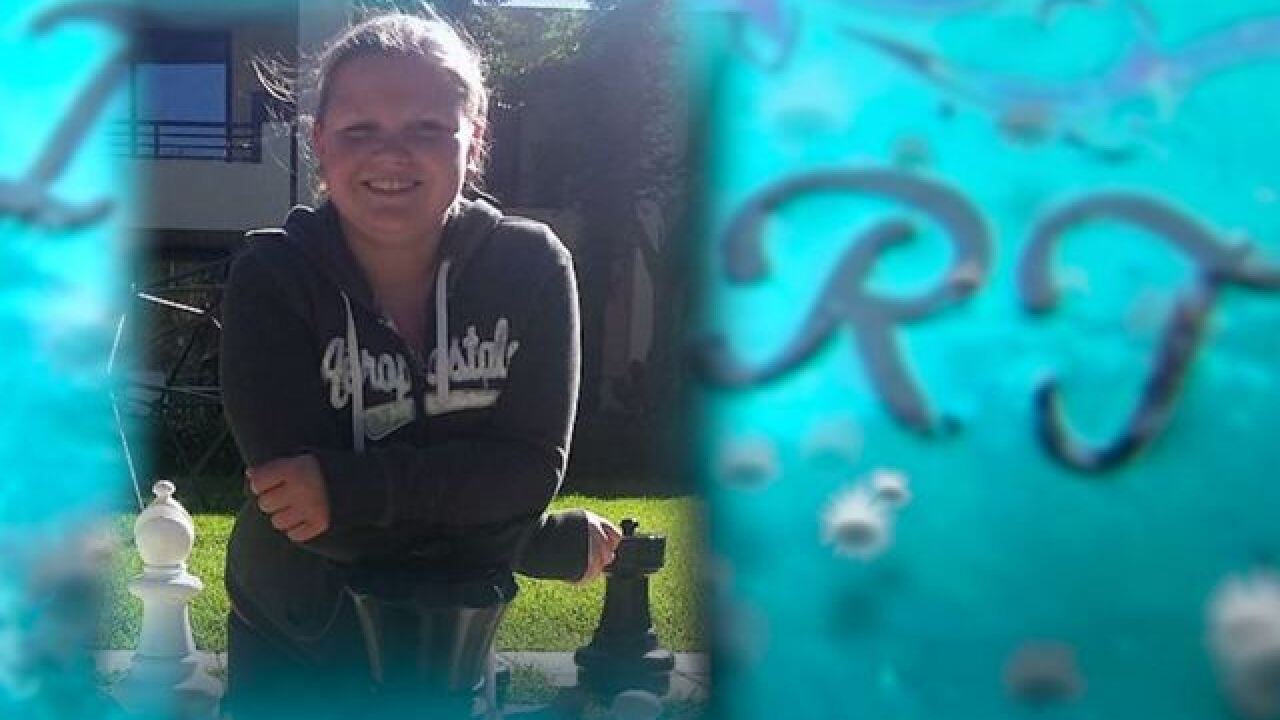 Windows rolled down with Guns and Roses’ “Sweet Child O’ Mine” blaring on the radio - that's how Carrie Timmons visits her daughter's grave.

She's got a smile it seems to me

Reminds me of childhood memories

“I open my doors, turn it up really loud,” said Carrie. “I’m that person.”

Was as fresh as the bright blue sky

She says the song reminds her of her daughters – all four of them – but especially Liberty German.

Now and then when I see her face

She takes me away to that special place

“It’s a song that when it would come on the radio my girls would be like ‘shut it up."

And if I'd stare too long

I'd probably break down and cry

It’s not about the overall meaning of the song, but the words for Carrie. She says certain lines stand out as pieces of Libby and she can’t help but think about her every time she hears them.

Sweet love of mine

“The world got short-changed. I did. I know the girls' families did. Everybody did."

The Day Everything Changed

The morning of February 13, 2017 started just the way most mornings did for Carrie – with a message from her daughter.

“I sent her a ‘Good Morning beautiful have a good day’ Snapchat on my way to work and I got one back and she's lying in bed,” said Carrie. “I asked, what are you doing in bed? (Libby replied) 'I don't have school today.'

"You know, that was our last conversation."

It’s a message she wishes she had kept.

Hours later, Carrie got the call that would change her life forever.

She was at work when her phone rang.

“Honestly, that’s the moment my life changed. It hasn’t been the same since. It was the most devastating news, up until that point, that I had ever received – that she was missing – I didn’t know until the next day that it could get worse.”

At a loss for what to do in the days after her daughter was murdered, Carrie bought an orange light bulb.

“I thought, Libby would love that,” said Carrie.

She went home and put the bulb on her porch. She shared that simple image on Facebook. That one bulb led to thousands of others across the country and the world.

“I feel like Libby sees it and it makes me happy."

Carrie says that bulb will remain lit on her porch until Libby’s killer is found.

"I want to shut it off so bad. I just want to turn it off,” said Carrie. “Find the killer and then everybody turn their lights off.”

Another way Carrie remembers her daughter and ensures she’s always with her is with the tattoo on her arm.

Carrie says she spent 20 hours getting a sleeve inked in honor of Libby.

The tattoos contain Libby’s favorite phrase: “in a minute” and an “I Love You” message she wrote on a Mother’s Day card.

There are also several images of Libby’s favorite things: Peter Pan, Stitch and Twenty One Pilots.

She also tattooed the GPS coordinates to her burial site, which only the family knows.

Seeking Justice for her Daughter

“I have a hard time believing that it’s been a year but there are times when it almost seems like it’s been forever since I saw her face. Time certainly hasn’t changed anything. They say time heals all wounds but honestly, I think it gets worse. You just learn a new normal, that’s it.”

Carrie says she’s proud that her daughter managed to record the two key pieces of evidence in her death on her cell phone - the audio and a picture of the prime suspect.

Now, for Libby, Carrie says it’s her job to make sure everyone sees that evidence.

“I need more people to know. I need everybody to know and to see his face and get it out there."

And so no parent will ever suffer at his hands again.

READ | Abby Williams: "I still don't know how to live without her"

"I worry about this happening to somebody else. I worry about him getting someone else's child and destroying another family. Please don't let that happen. If you think you know something, turn it in. Even if it’s nothing, it’ll still be checked out. Maybe it will stop another mother from going through what I’ve been through.”

“Nobody needs to go through this.”