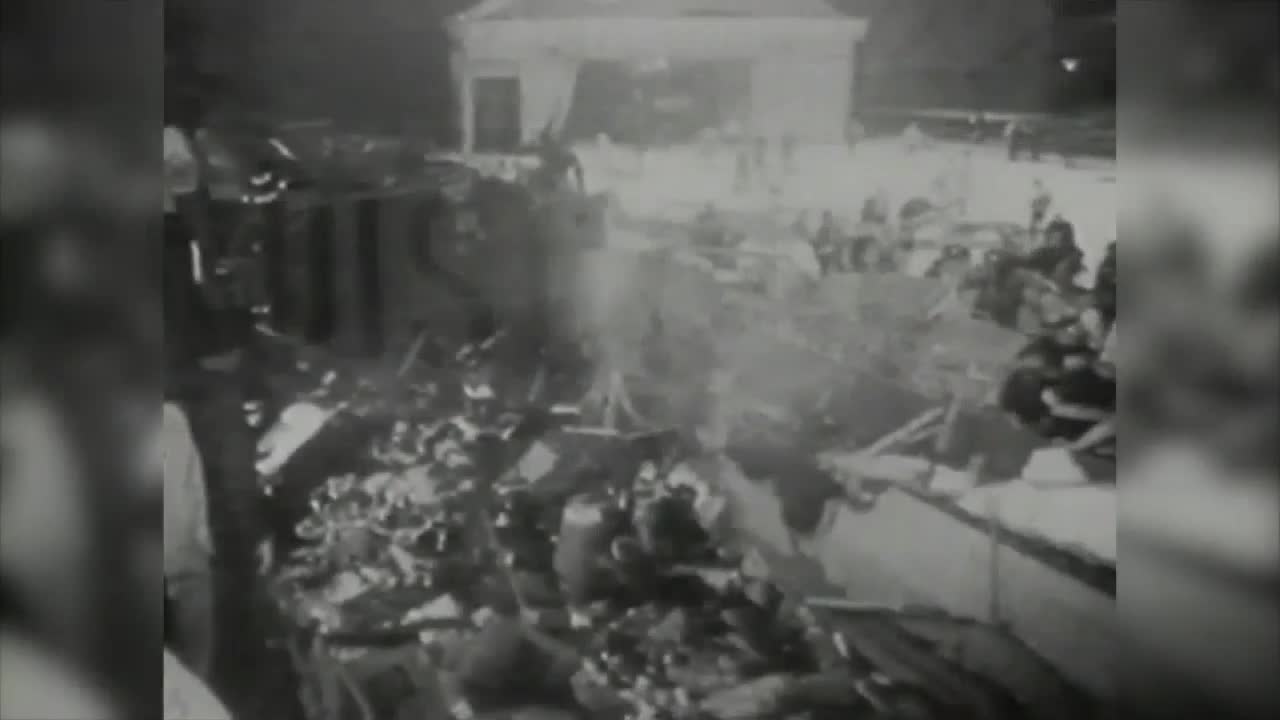 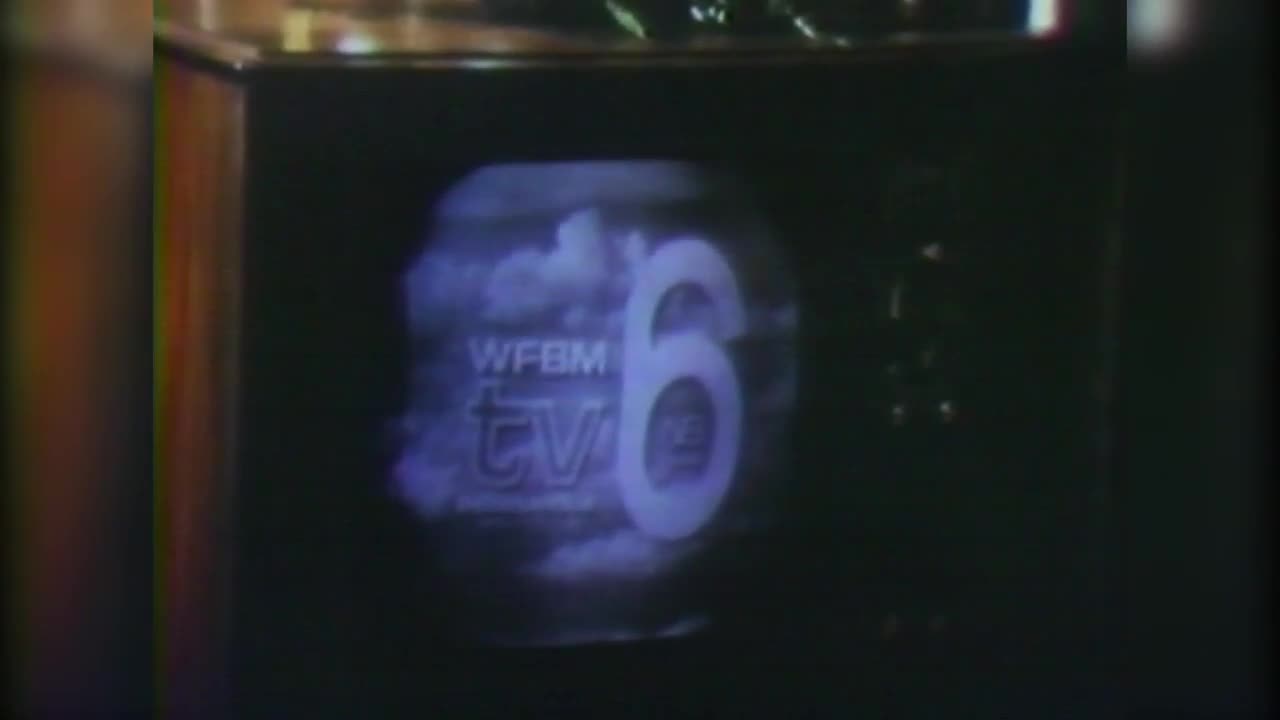 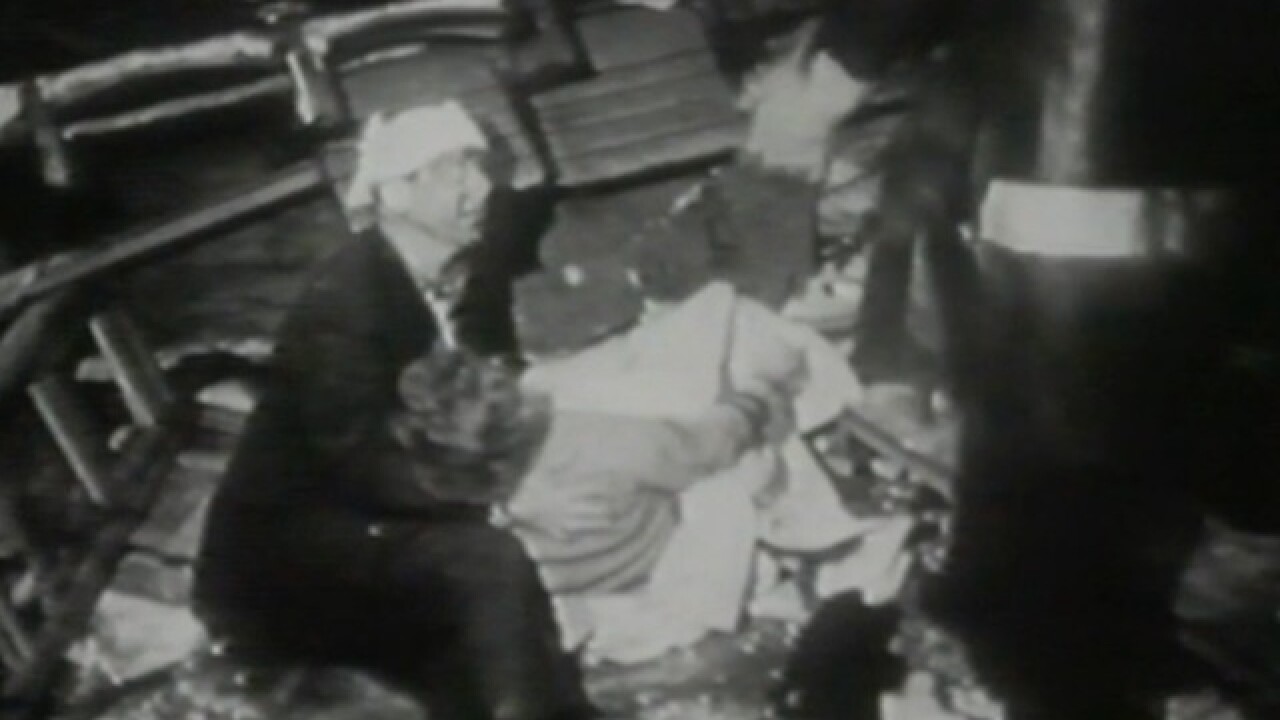 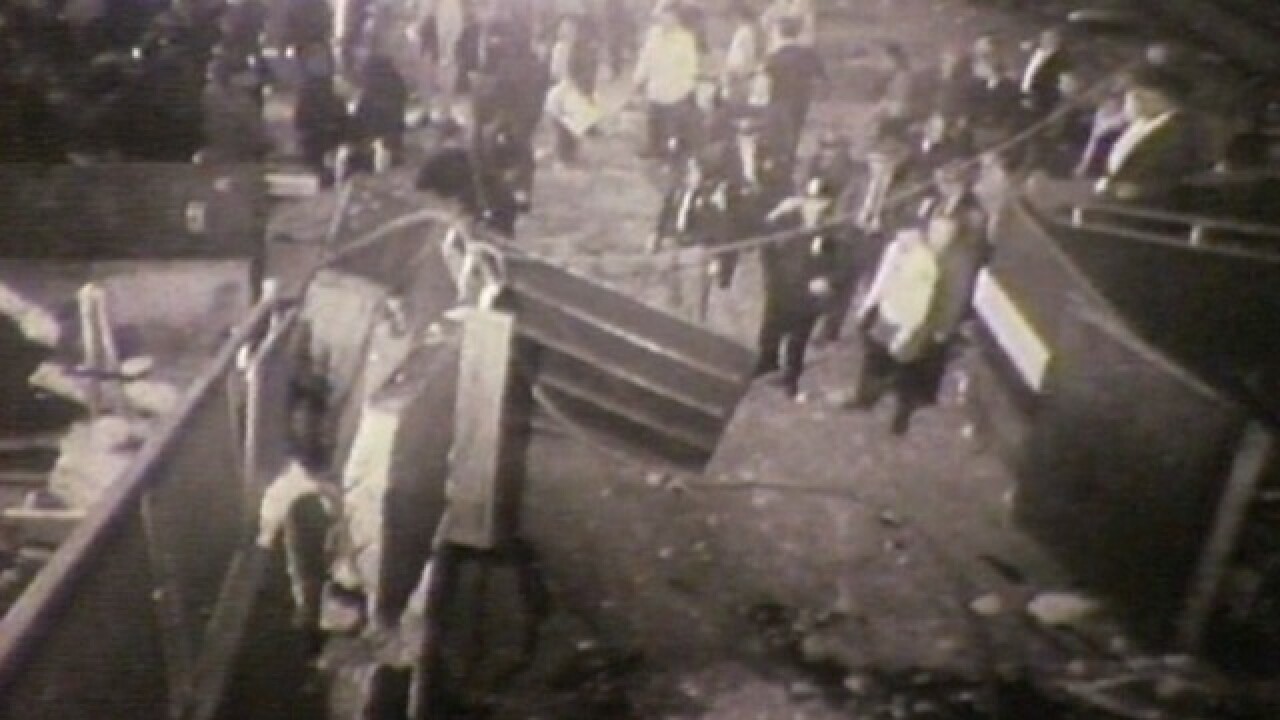 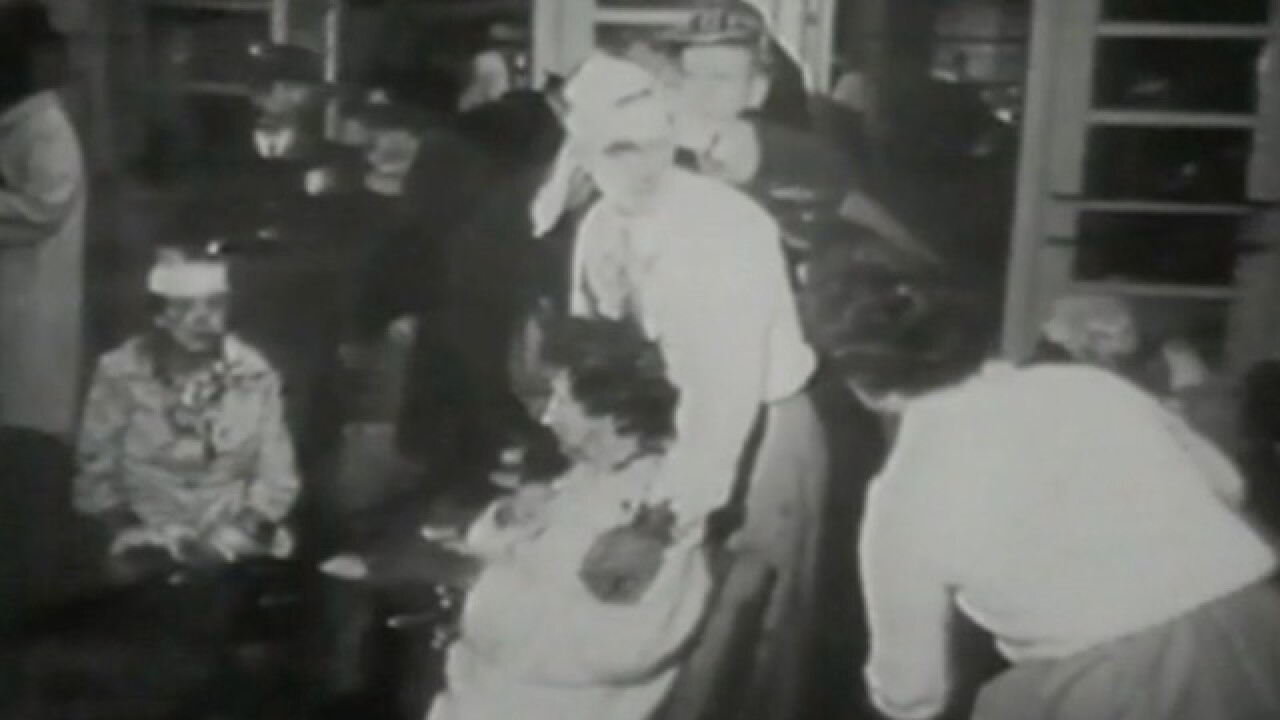 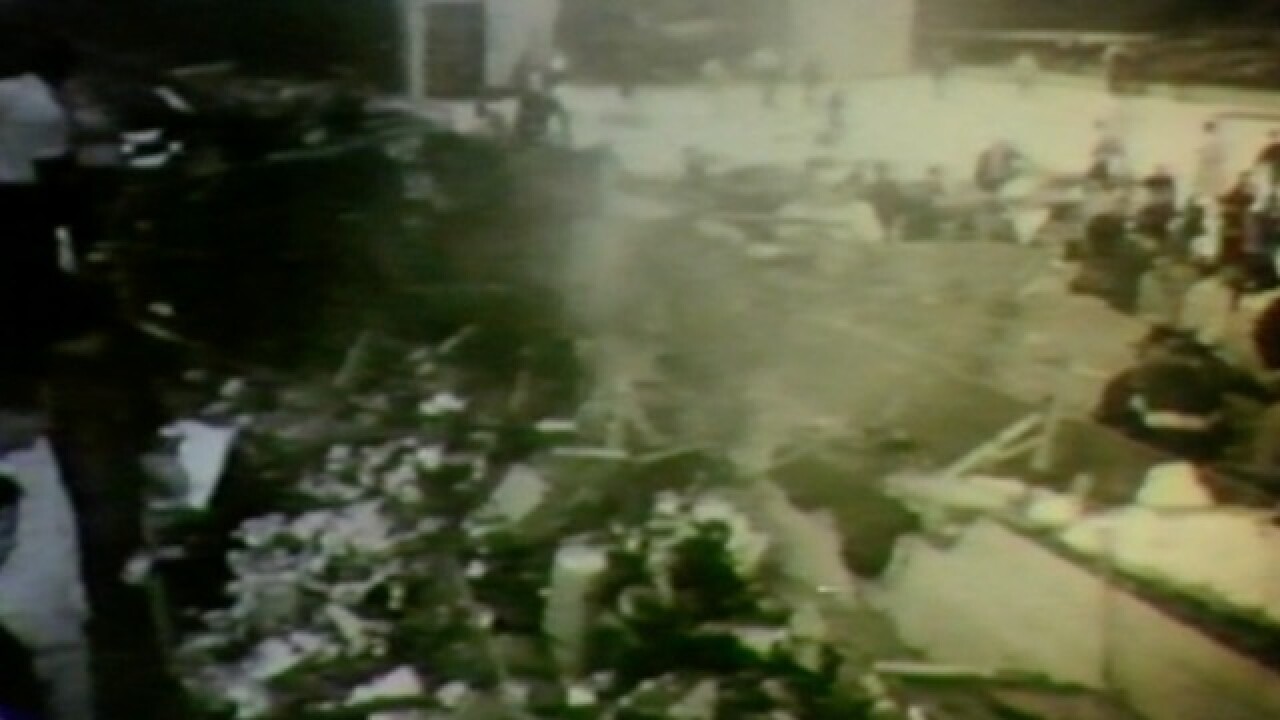 Hundreds gathered to watch the “Holiday on Ice” show at the Indianapolis State Fairgrounds Coliseum on Oct. 31, 1963. In the final minutes of the show, a 100-pound propane tank exploded beneath a seating area. The blast sent spectators and large pieces of debris flying into the air. Seventy-four people were killed and more than 400 were injured.

Baldwin said the scene resembled something out of a movie.

“It was like a movie set because of the lighting for the Holiday on Ice," he said. "With all the lights and with all the color of the set, and yet when I got inside and you could see the fire and the debris and the bodies and the blood, it was as if it was a Hollywood set that it was if it was a disaster movie instead of the real thing."

Former WRTV anchor Howard Caldwell arrived at the Coliseum shortly after hearing police reports of the explosion while anchoring the 11 p.m. news.

Caldwell described the gruesome scene saying, “piano-sized chunks of concrete were tossed into the air and crashed downward. With the blast came fire and death. For survivors, the tragedy was so immense it was unbelievable.”

One of those survivors was a concession stand worker named Robert Chandler who was warned of the danger just seconds before the explosion.

Mom walked out and said don’t go in there, there’s gas. And about that time it blew up,” said Chandler.

Caldwell later recalled, “They had the bodies covered on the floor, on the ice really, and they were there so people could come in and identify them.”

WRTV went on the air with live radio and television reports throughout the evening.