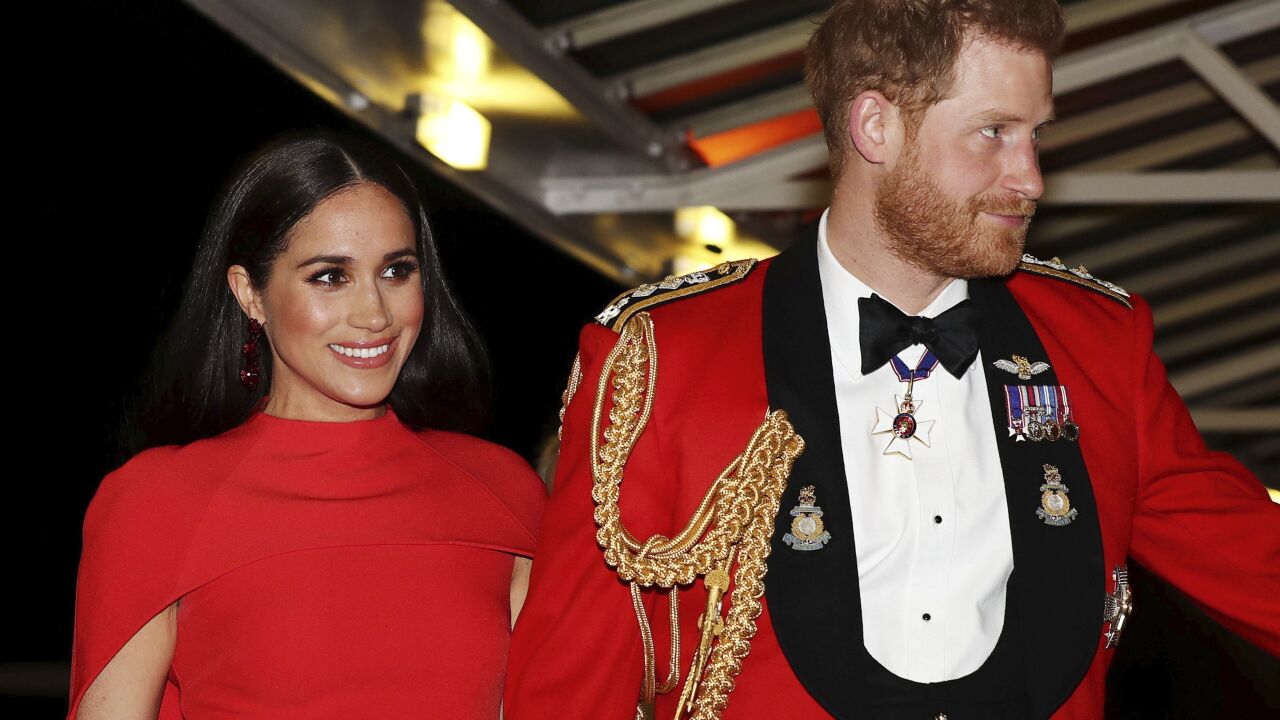 Simon Dawson/AP
FILE - In this Saturday March 7, 2020 file photo, Britain's Prince Harry and Meghan, Duchess of Sussex arrive at the Royal Albert Hall in London. Meghan, Duchess of Sussex has her first post-royal job: narrating a Disney documentary about elephants. Disney announced Thursday, March 26 that the duchess is lending her voice to “Elephant,” released April 3 on the Disney+ streaming service. (Simon Dawson/Pool via AP, file)

LONDON (AP) — Meghan, the Duchess of Sussex, has her first post-royal job. She will narrate a Disney documentary about elephants.

Disney announced Thursday that the duchess, who is married to Britain’s Prince Harry, is lending her voice to “Elephant,” to be released April 3 on the Disney+ streaming service. The film follows an elephant family on a 1,000-mile (1,600-kilometer) journey across the Kalahari Desert.

Harry and Meghan shocked the world in January by announcing that they were quitting as senior royals, relinquishing official duties and seeking financial independence.

Since late last year they have been based on Vancouver Island, and will officially end royal duties on March 31.