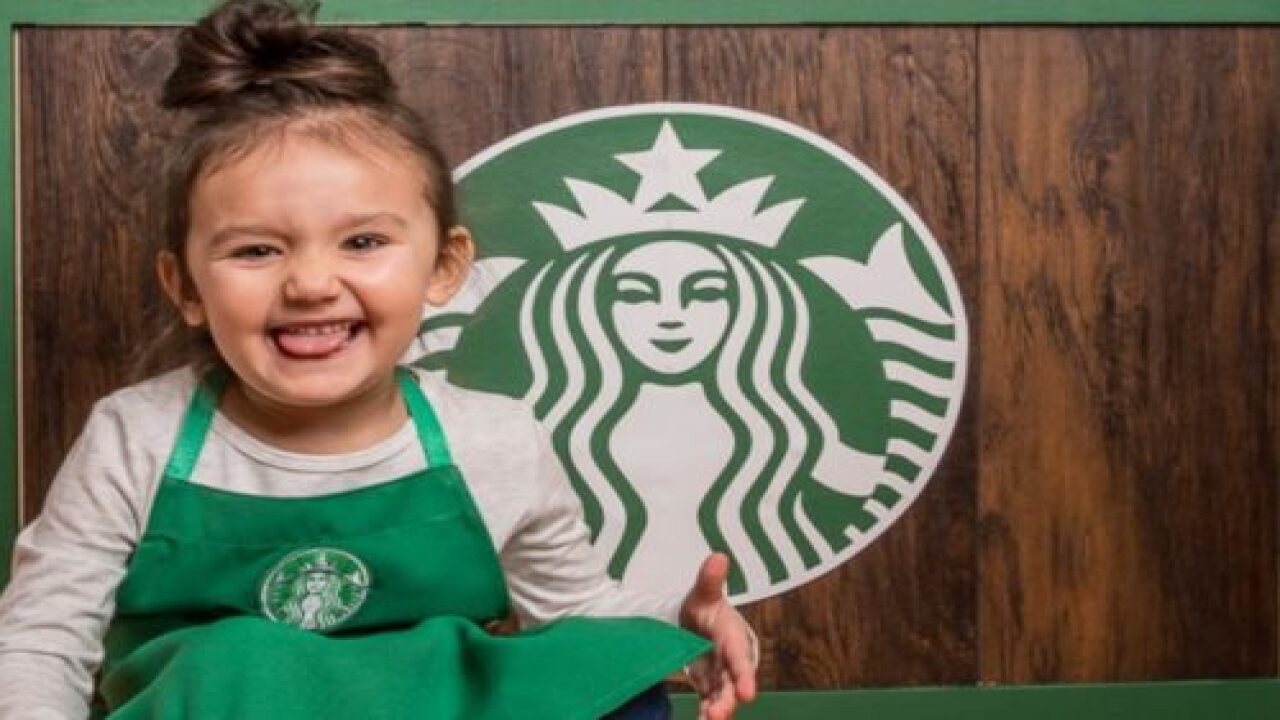 Little kids love going to the store. They get to ride in the shopping cart and load it with all sorts of items when Mom’s back is turned. They can run up and down the aisles and take advantage of the endless places to hide. And if they go to a certain retail destination with a target as its logo, they might get rewarded with a (non-caffeinated) treat before it’s time to head home.

One Milwaukee mom, Renée Doby-Becht, went one better than just taking her kid to the store — a whole lot better. She went and transformed daughter Ariah’s playroom into her very own Target (her favorite store), complete with Starbucks.

Doby-Becht shared the pictures of the project on Facebook, and so far they’ve been shared more than 9,000 times — which is no surprise, because it’s absolutely amazing.

“Although this gift was really late, I wanted to do something different for Christmas this year,” Doby-Becht wrote on her Facebook post. “I asked my Sissy and Robby for some help with this crazy idea I had. We created Target using the Melissa and Doug shopping center and Starbucks using Ariah’s cube storage unit in her playroom. Robby added wood and cheap flooring to the storage unit and I painted the rest. I will say it is very nice to have a graphic designer as a sister because Brigette really helped a lot with this project. She designed the Starbucks menus, made all the logos, price tags and sale signs and even taught me how to use the cricut machine!”

A friend referred to as “Mrs. C” even made Ariah a Starbucks apron, which Doby-Brecht said she was “totally in love with!”

The creative mom said she was “happy with how it turned out and even happier that Ariah loves it,” adding that she herself was “probably more excited about it” than her toddler.

Doby-Becht is even offering tips on how those inspired by her creativity can get a similar effect on a budget. For example, she kept costs down by upcycling big items, searching for discounts and getting help from friends and family.

The Target setup, for example, is a Melissa & Doug grocery store setup customized with paint and Cricut decals.

“I absolutely love Melissa & Doug toys, but you can find them cheaper at T.J. Maxx, Homegoods, and Marshalls,” she told BuzzFeed. “I get the majority of Ariah’s toys on Facebook Marketplace or local buy and sell groups.”

And she used a laminate flooring for the front of the Starbucks stand, which is itself a re-purposed storage unit with cubed shelves.

“I got the flooring from Home Depot for less than $10 because the box was open,” Doby-Becht told BuzzFeed. “At hardware stores, I recommend always asking if they have unopened boxes. They will normally give you a discount if they do.”

The end result? The best playroom ever. Check out the full setup:

The attention to detail is incredible — there are even Target gift cards next to the cash register.

Unsurprisingly, Ariah has been named Target’s “Employee of the Month.”

At the end of her Facebook post, the proud mom gave a shout-out to her sister and her partner, who helped her with the project: “BTW thanks a million Brigette Doby & Robert Mueller. I’m sorry you have to deal with me and my craziness but I’m making you famous!”

How cool! Are you inspired?

This story originally appeared on Simplemost. Checkout Simplemost for other great tips and ideas to make the most out of life.

Related stories
Copyright 2020 Scripps Media, Inc. All rights reserved. This material may not be published, broadcast, rewritten, or redistributed.