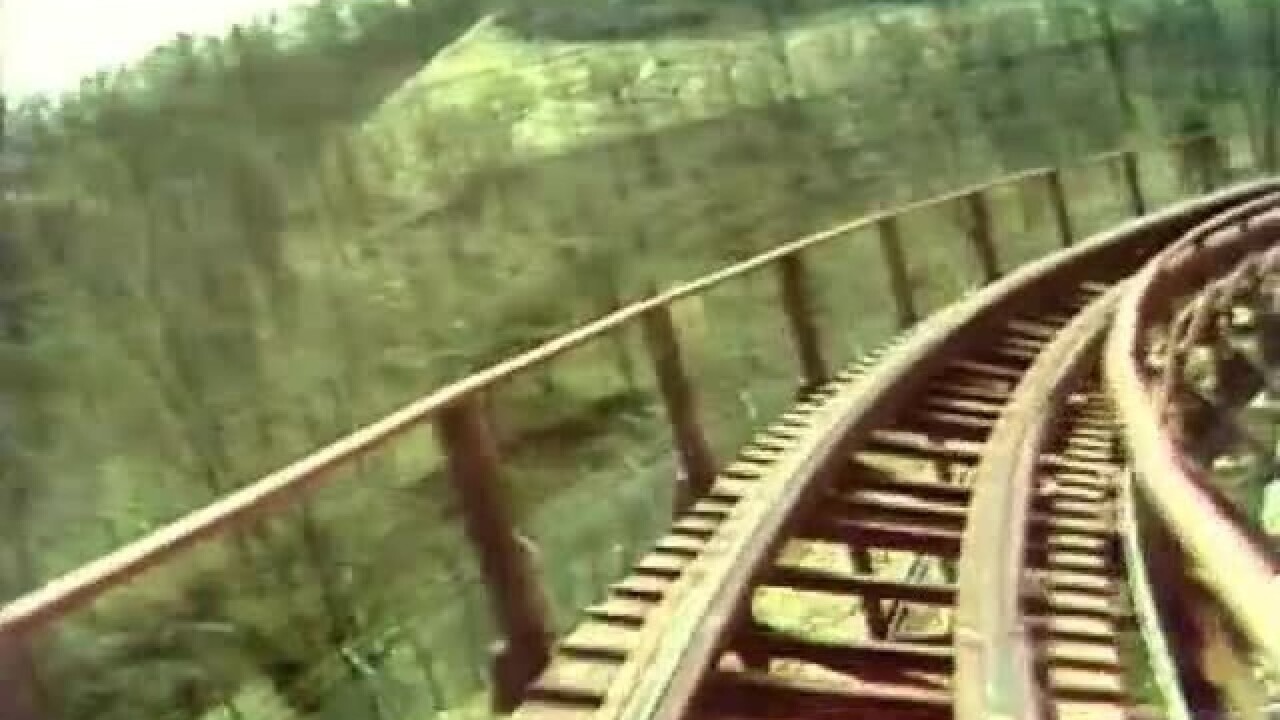 Copyright 2017 Scripps Media, Inc. All rights reserved. This material may not be published, broadcast, rewritten, or redistributed.
<p>From WCPO archives</p>

The teasing has begun.

Cedar Fair, owner of Kings Island in Mason, Ohio, has begun to drop hints that something big may soon be announced, possibly even a reborn Son of Beast, according to coaster enthusiast groups, the Kings Island Central Forum,  and a  Reddit forum.

The Instagram group Emotional Rollercoasters has just posted a photo of a flier its members say was put up in the past few days around the Cedar Point amusement park in Northern Ohio.

"Number 5 is alive!"  That's what cryptic poster says, apparently referencing the defunct Son of Beast, which was torn down in 2012 after a decade of troubles and injuries to riders. The launch building for Son of Beast (which still remains and is used for Halloween Haunt) was called "Outpost 5."

Kings Island guest Morgan Coleman told WCPO that she is ready. "I think it would be exciting," she said. Her friend Colton Moore said, "I think that would be awesome for a new coaster to come in."

Clues popping up inside Cedar Point and Kings Island

One coaster enthusiast, who hosts a YouTube channel called Theme Park Crazy , shows why he thinks a new Son of Beast may be announced soon.

"First up there is the obvious mention of Outpost 5, which was the name of the rides currently standing but not operating station," he says in the YouTube video.

He goes on to say "the flier also mentions that after years of searching, the remnants of Number 5 have been found and that officials are formulating a plan to bring it back. Moreover, the flier mentions southern yellow pine, which was the exact kind of wood used to build Son of Beast."

But don't look for any of these fliers posted at Kings Island, at least not yet.

It turns out, according to coaster enthusiasts, when Cedar Fair starts teasing a new ride at one of its parks, they put the posters up at first at Cedar Point, in Sandusky (which is what they did last year when they teased a new ride at their Canadian park).

But there may be clues starting to go up around Kings Island itself.

According to Theme Park Crazy, "discarded wood has recently been spotted under the ride's (Son of Beast's) memorial in the queue line of Banshee. Why put this wood here now unless they are teasing something for the near future?"

Regular Kings Island goers may know that there is a plaque and memorial for Son of Beast next to the waiting line for Banshee. In recent weeks, pine timbers have been added to the memorial, as shown in several photos posted on coaster forums.

So what does Kings Island say?  Park spokesman Chad Showalter told WCPO "we have nothing to do with the speculation you are reporting on."

He also said Kings Island has not put up any such posters in the park (though no one reports seeing any in Kings Island, only inside Cedar Point).

However, a spokesman for Cedar Point, Anthony Clark, told us "Cedar Point does not comment on rumor or speculation. Fun stuff, though, isn't it?"

Indeed it is fun, which is why coaster forums are exploding right now with rumors that a new coaster may go online in 2020, which would be three years after the park's last coaster, Mystic Timers opened.

Park goers are already excited by the thought.

"You know, Mystic Timers just came out, but it's like the same roller coasters every time we come, so I think a new one would be pretty exciting," Madison Ledbetter said.

Several enthusiasts, though, say its unlikely a new ride would be called Son of Beast II, given the track record and bad memories of the defunct ride. Others say the park may be planning to revamp and expand Adventure Express, the most forgotten coaster at Kings Island. It too has a mining theme.

So look for clues next time you visit Kings Island and don't waste your money.

"Don't Waste Your Money" is a registered trademark of Scripps Media, Inc. ("Scripps").

Sign up for John's free newsletter by clicking here

For more consumer news and money-saving advice, go to www.dontwasteyourmoney.com