70 Years Together: Derrik Thomas to retire from Channel 6 after 40 years 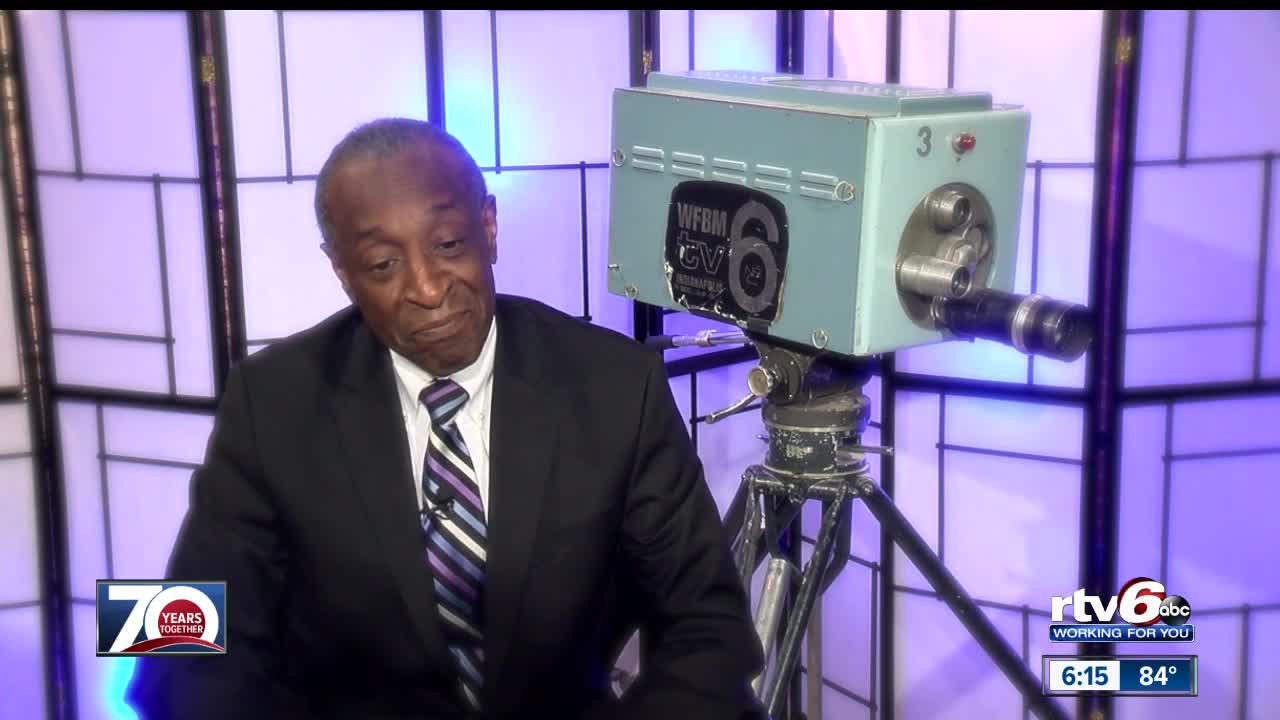 RTV6's Derrik Thomas calculates he's done about 12,000 stories in his 40 years here. One he remembers very vividly was in the early 1980's. A story on unemployment that led him to talk to some out of work Vietnam veterans gathered on Indianapolis' north side. 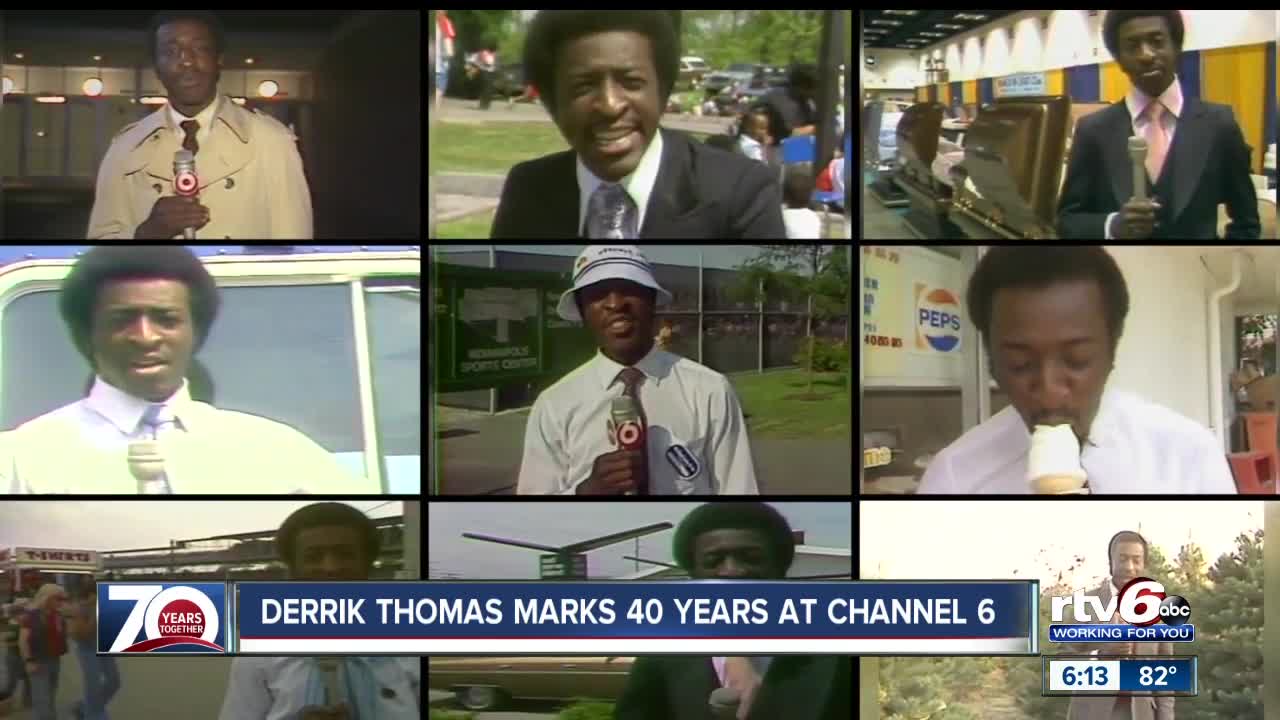 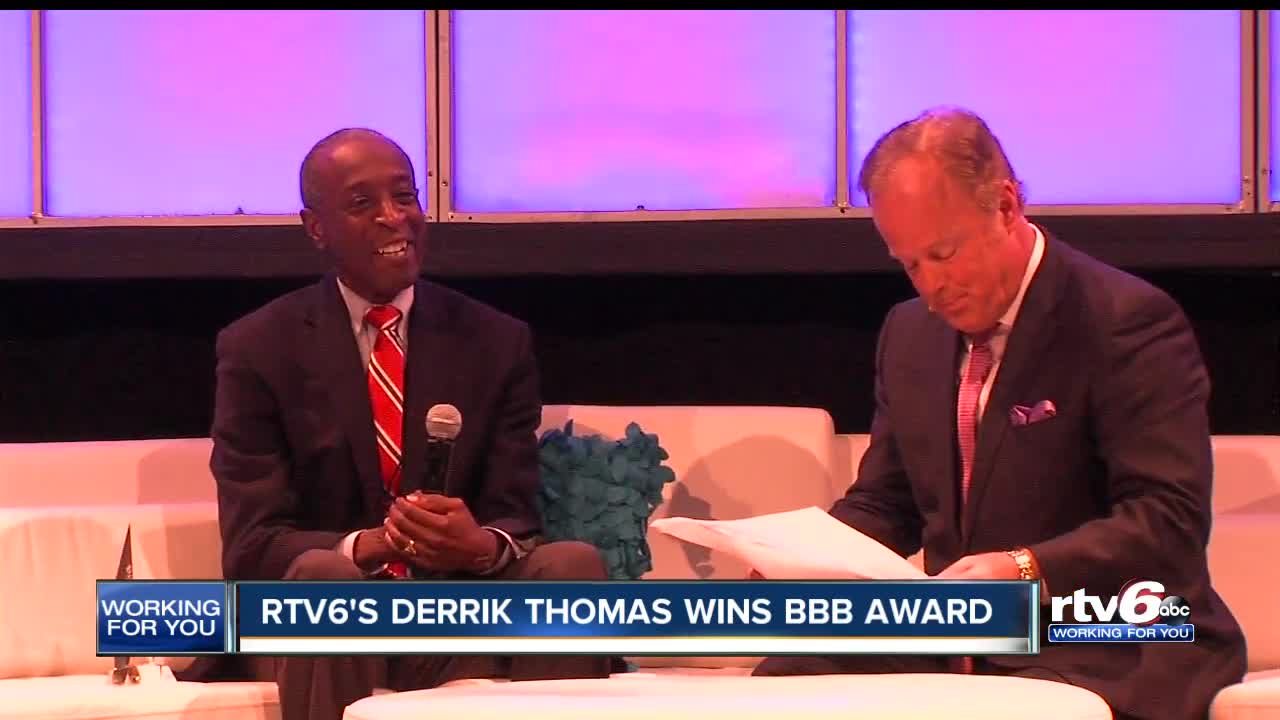 As we celebrate 70 years on the air this year, it's also a time to celebrate RTV6 reporter Derrik Thomas.

You have watched Derrik on the air for more than half of those 70 years, as he celebrated his 40th anniversary in April.

Derrik calculates he's done about 12,000 stories in those 40 years. One he remembers very vividly was in the early 1980s. A story on unemployment that led him to talk to some out of work Vietnam veterans gathered on the city's north side. You can watch as Derrik recounts this moving story in the video player above.

That’s how long Reporter, Derrik Thomas, will have worked at WRTV when he retires at the end of the month.

Derrik grew up in Chicago, Illinois and graduated with an English degree from MacMurray College in 1975. He went on to get his master's degree in Journalism from the University of Iowa in 1977.

That’s when he caught the attention of legendary News Director, Bob Gamble, even though Derrik never applied for the job!

“I was working in Minneapolis, Minnesota. Photographer Dave Garlock, who worked there, got a job here at Channel 6. Bob Gamble hired him. And when he hired him, Bob saw a story that I had done on Dave’s tape. Bob said, ‘Why don’t you send me another tape of your work and we’ll go from there.’ But I didn’t send a tape. Then about two weeks later, Bob called me again and said, ‘Did you send that tape?’ I said no. Then Bob said, ‘Forget about it.’ So I thought I had screwed up that job. Then Bob said, ‘We’re going to fly you in and bring the tape with you.’ And the rest is history.”

That history started on April 13, 1979 — Derrik’s first day at WRTV. He was paired with photographer, Dick Baldwin, and they were sent to cover a story about a train station being moved.

Since that day, Derrik has covered thousands of stories, worked with hundreds of journalists, and seen exponential changes in our industry. And while the news, people and technology has changed, Derrik’s storytelling, wordsmithing and ability to turn a phrase, has remained the same.

Derrik’s reporting has earned him praise and prize, including first place awards from United Press International, Sigma Delta Chi, Society of Professional Journalists and The Associated Press. He also received the distinguished achievement award from the Center For Leadership Development, was awarded the Indianapolis Magazine Best Reporter, the Indianapolis Star's Best Reporter in their Reader's Choice Poll. And that is just to name a few.

It is with the utmost respect, reverence and recognition that I note, Derrik’s last day with us will be June 28, 2019.

“I never ever, ever, thought I would be here this long. I had a nice run. I will move to the next stage of my journey. It went by very fast. One day you’re 25, and the next day you qualify for Social Security. There have been some crackerjack editors, photographers, and producers that assisted me in my longevity. I will forever be in their debt. The memories of Channel 6 will never fade.”

And fade never, will the memories of Derrik Thomas for the News… Channel 6.