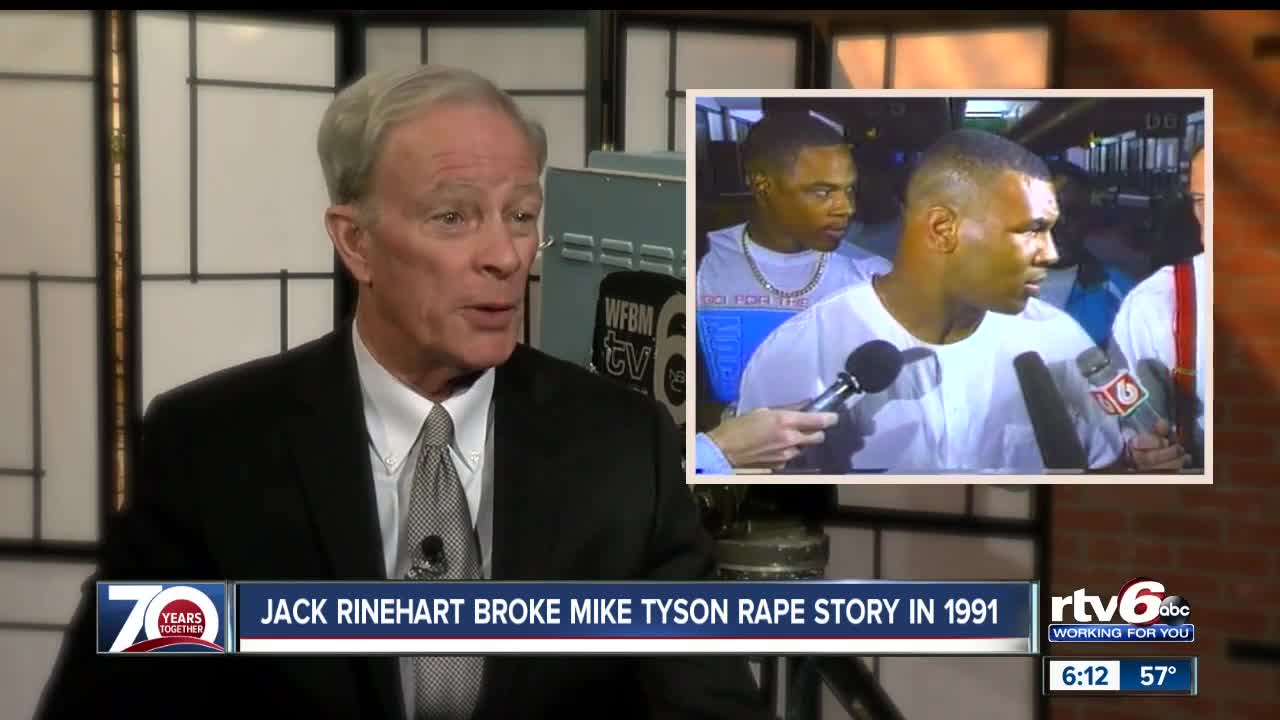 Jack Rinehart talks about how he broke the Mike Tyson rape story.

INDIANAPOLIS — It's not very often that a local journalist breaks a story so big it makes international news.

But former RTV6 reporter Jack Rinehart broke a story it made national and international headlines quickly.