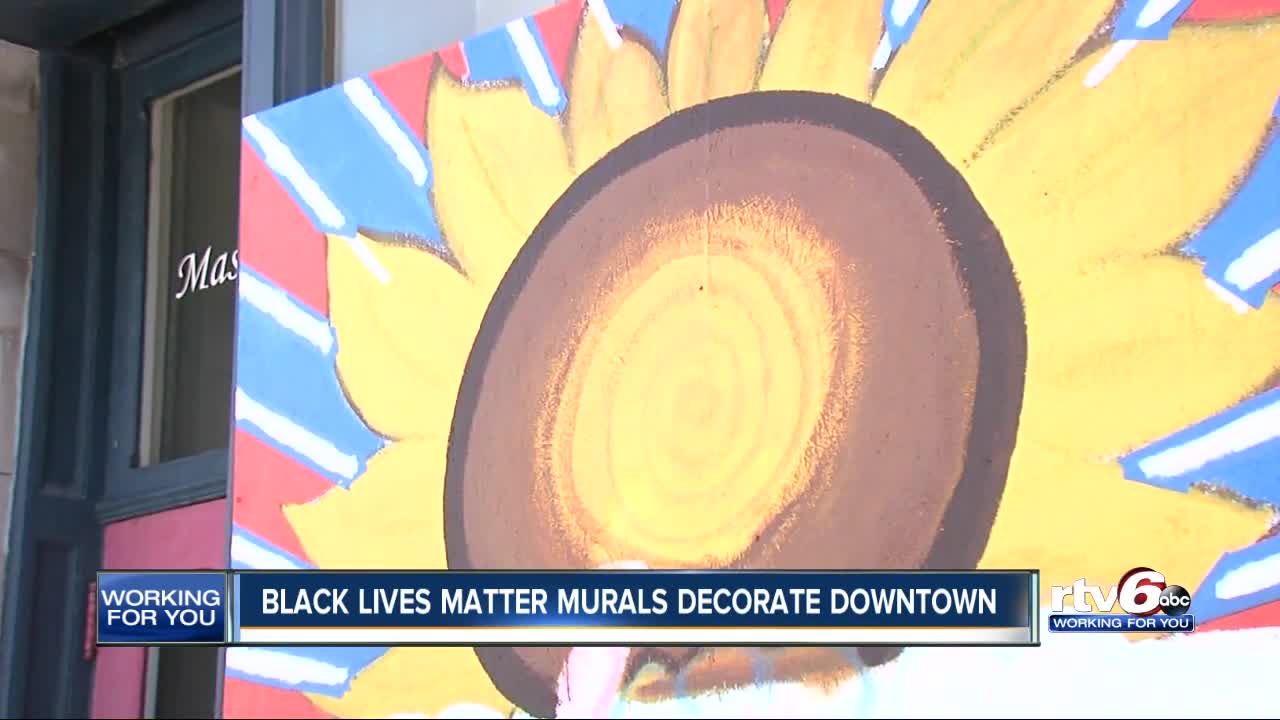 Aside from protesting, many people are speaking out and expressing themselves through art in support of the Black Lives Matter movement. 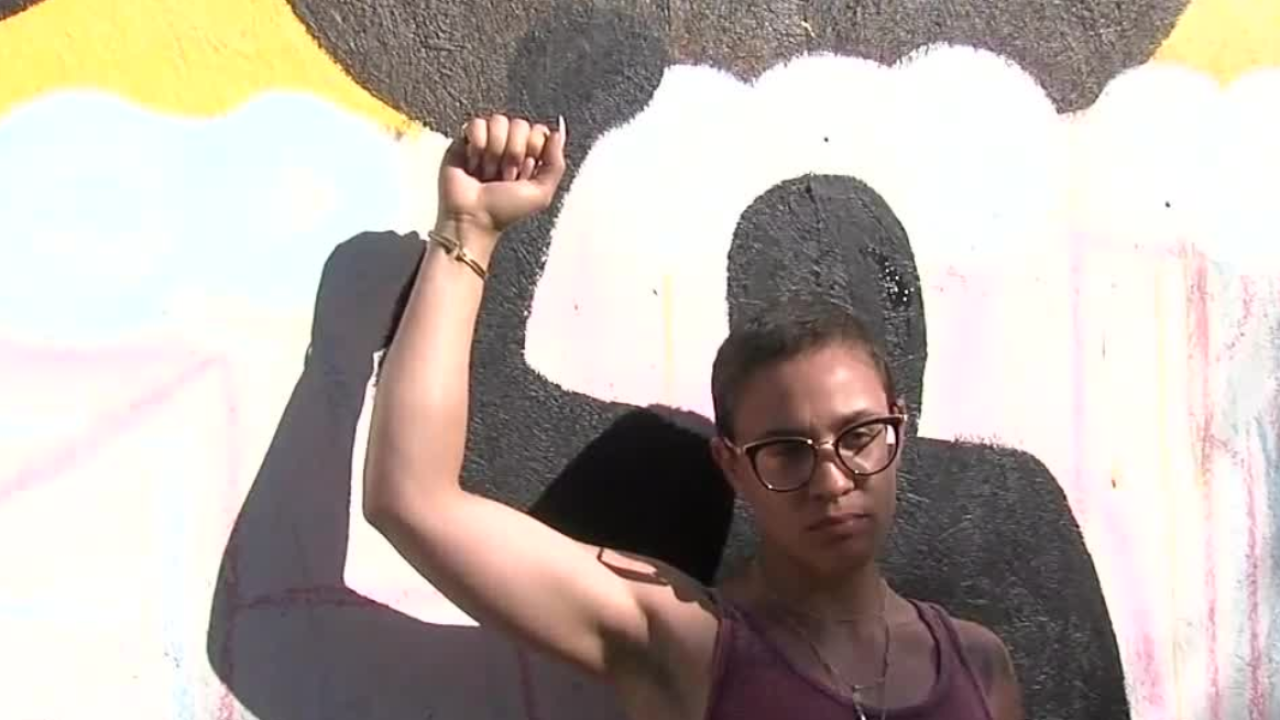 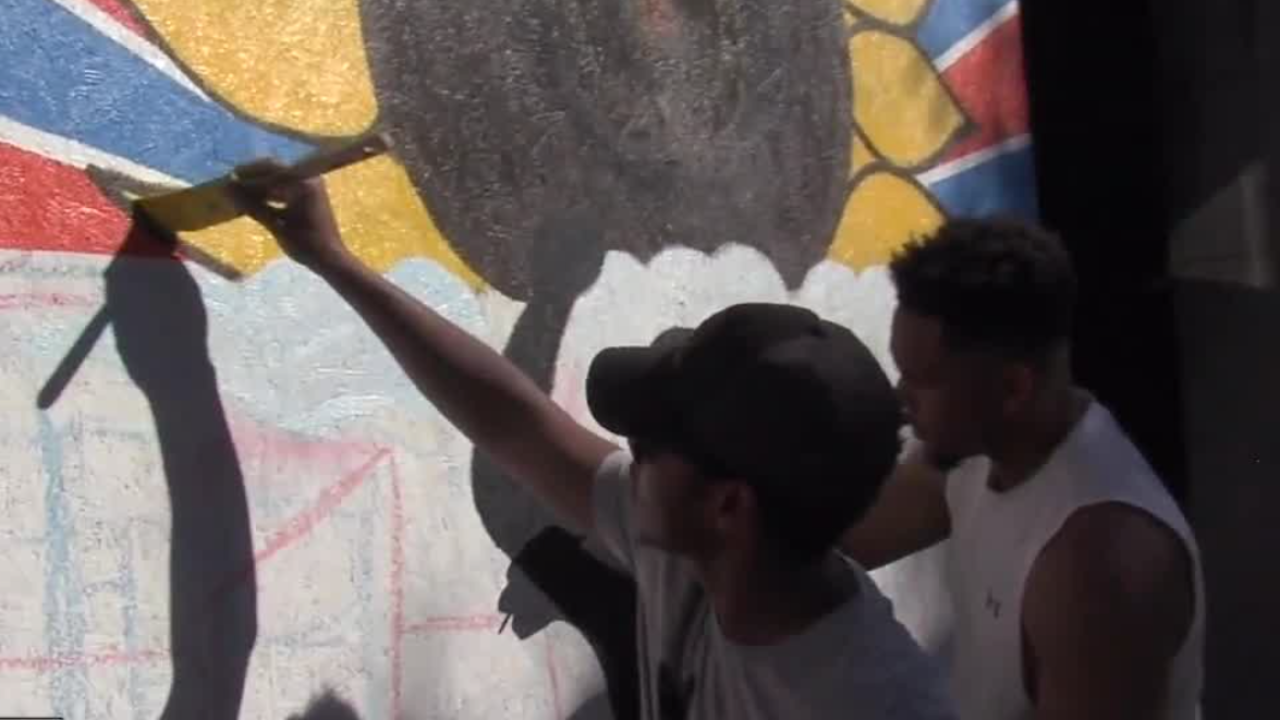 INDIANAPOLIS — Aside from protesting, many people are speaking out and expressing themselves through art in support of the Black Lives Matter movement.

"Walking up and down this Avenue, starting with just boards. You saw more of the heartache, more of the pain that this country has been through. But as we fill it with art, you start to see the love, the energy, the life that we hope to bring back," Elijah Norwood, a local artist, said.

You can't get far walking along downtown Indy's popular Massachusetts Avenue without seeing some paintings, murals, or words in support of Black Lives Matter.

Fueled by a number of emotions, Norwood and Gentry Parker designed and painted a mural in front of the "Grand Union Tattoo" in honor of George Floyd. Both artists remember his death and exalting his name.

"To be 100% honest, anger. I was hurt," Norwood said. "And then as an artist, you kind of ask yourself what message do you want to put out?"

"A new beginning. A new era. A new age. I think we've been focused on the old way of living for far too long," Parker said. "A lot of those ideals and those beliefs can no longer apply to today's world."

They're painting the change they hope to see in the world, with a bright yellow sunflower above a silhouette, where people can stand in their shoes for even a moment, take a picture and take the pledge to end racism and police brutality.

"Sadly, my grandparents had to protest, my mother had to protest, and here I am today," Norwood said. "I hope to paint a world or create a world in which my children won't have to do the same."

"We walked through downtown and saw all of it. And I think that was important because it made it real. And you saw places destroyed that you'd been in before," the artists said. "But now what you're seeing is those very same business owners are saying that's OK, what we are going to do is work for peace. We're not going to work for anything else besides that."

"As an individual, you are already powerful beyond measure. But united, there's nothing we can't accomplish."