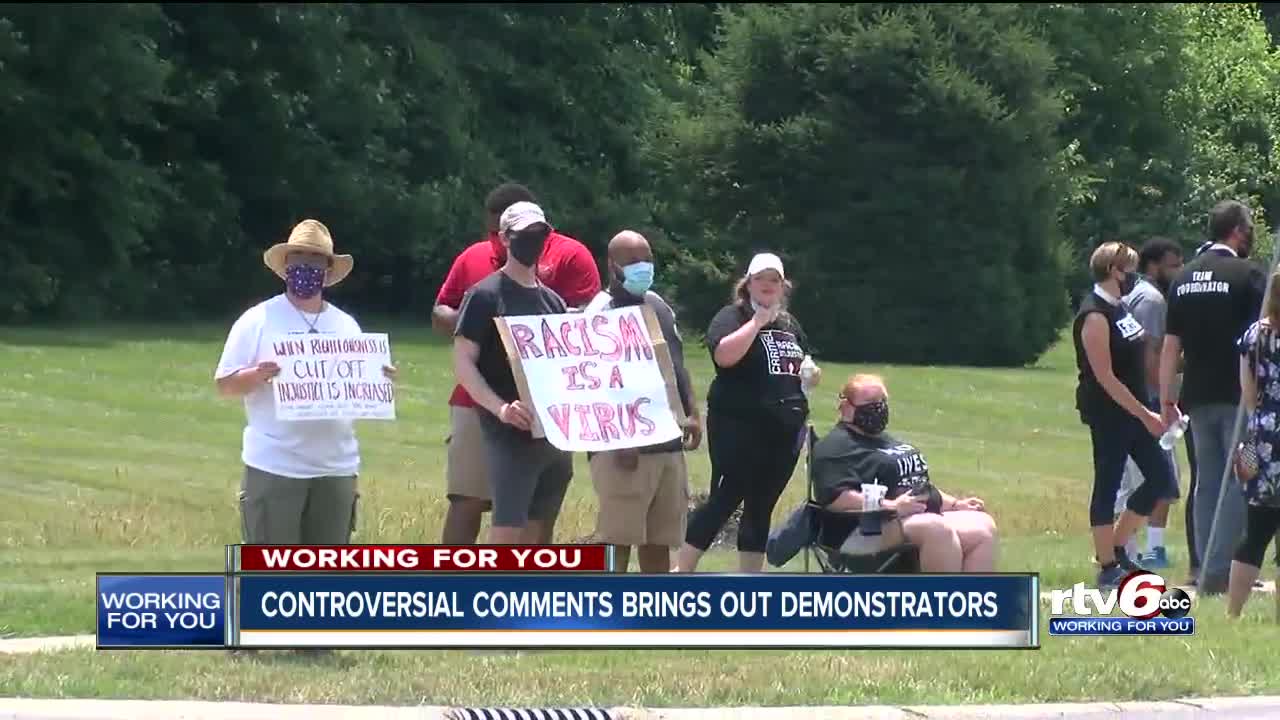 Demonstrators lined the front of a Carmel church after a priest was suspended for his words about the Black Lives Matter movement.

CARMEL — Demonstrators lined the front of a Carmel church after a priest was suspended for his words about the Black Lives Matter movement.

Rev. Ted Rothrock was suspended from ministry at the St. Elizabeth Seton Catholic Church after he compared the movement and its followers to "maggots and parasites" in his weekly message.

The Carmel Against Racial Injustice group wants him to be removed from his leadership position.

"Our stance is hate has no home at the head of a community or church or any place of worship," Ashten Spilker said. "People internalize the rhetoric from a religious leader so when you have someone carelessly saying the things he did, that's going to influence people in the community and bleed over into hate."

Some people were at the church Sunday saying they are standing with Rothrock.

Those who say the priest was in the wrong say they are only interested in moving in one direction and that's towards equality and change.