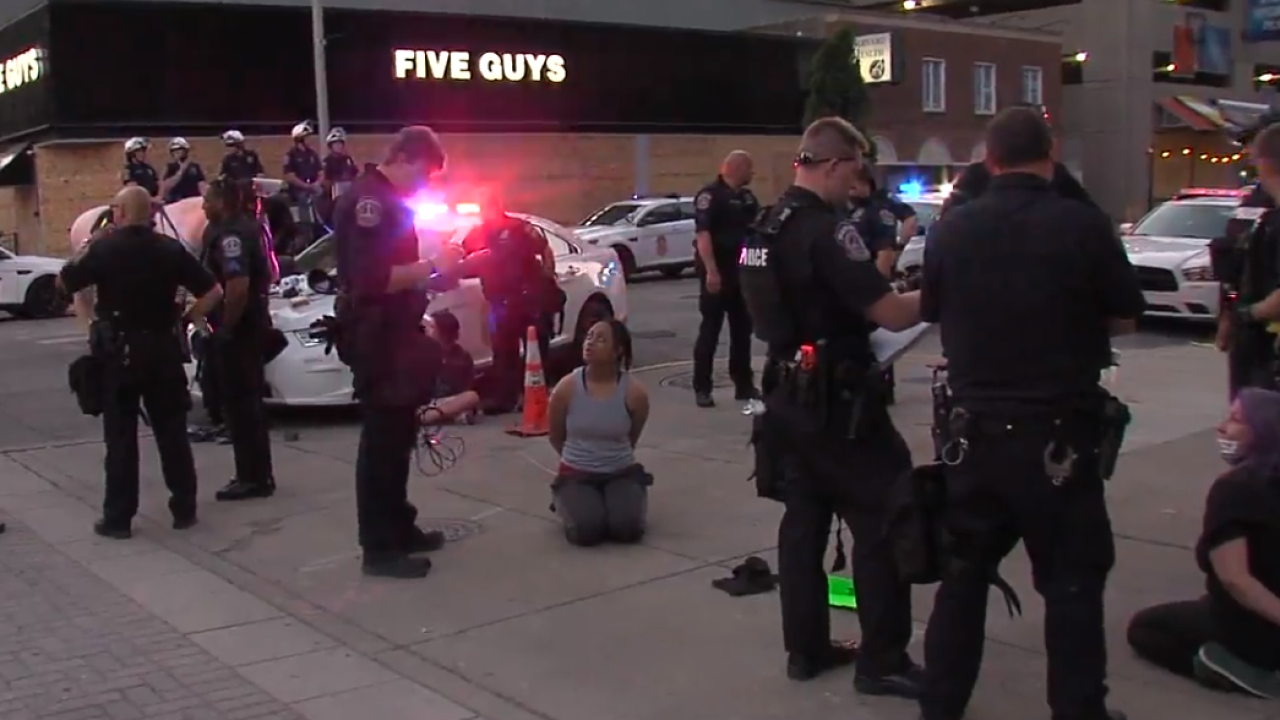 INDIANAPOLIS – Two women arrested by the Indianapolis Metropolitan Police Department in May during the city’s protests have filed a federal lawsuit against four of the department’s officers.

The excessive force lawsuit was filed against four unnamed IMPD officers, who arrested Ivore Westfield and Rachel Harding on May 31.

The lawsuit alleges the women didn’t know each other before the night they were arrested. As the night’s 8 p.m. curfew approached, Westfield realized her ride home wouldn’t be available because traffic was blocked.

About 45 minutes after the curfew, Harding and Westfield were walking to the car when “multiple officers of IMPD approached them in an aggressive manner,” the lawsuit states.

The lawsuit states both women were “passive and cooperative” when they were arrested, but the officers became aggressive. When Westfield pulled away in pain, the IMPD sergeant gave the command “hit her,” the lawsuit states. Another officer fired pepper ball rounds at Westfield, breaking the skin and causing welts, according to the lawsuit.

After Westfield was arrested, Harding was pushed to the ground by the IMPD officers, the lawsuit states.

Earlier this month, IMPD Chief Randal Taylor said an internal investigation was launched into the incident.

The Marion County Prosecutor declined to file charges against Harding and Westfield.

The women are seeking actual and compensatory damages, punitive damages in an amount sufficient to deter defendants from again engaging in the conduct, reasonable attorney’s fees, litigation costs and expenses and all other appropriate relief.

The Indianapolis Office of Corporation Counsel said it doesn’t comment on pending litigation.