Books by Black authors are flying off the shelves at "Beyond Barcodes Bookstore" in Kokomo. 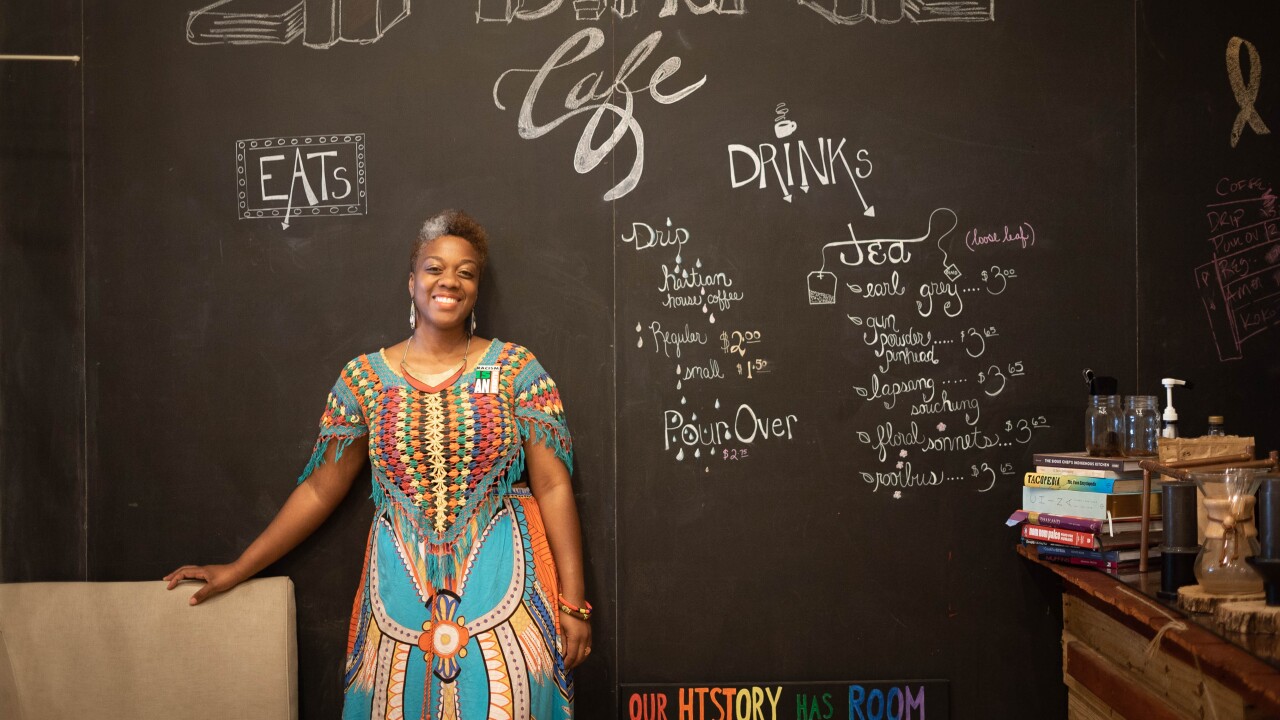 KOKOMO — The intersection of community in Kokomo can be found right on Main Street, where all three of DeAndra Beard's businesses connect coffee, language, and literature.

In 2013, Beard opened three businesses, "Beyond Barcodes Books," "Beyond Borders Language Learning Center," and "Bind Cafe." She hoped they would be the doorways to conversations and community her hometown needed.

In recent weeks, Beard has watched not just her community but her country protest over the police killings of Black Americans. Now, Beard and other Black bookstore owners across the nation have titles about race and racism flying off their shelves.

"These titles are just flying off the shelves," Beard said "They're on backorder. As they're printing them, they're shipping them, because that's how backed up they are."

Beard is one of few Black women who independently owns a bookstore in the Midwest — including 'Brain Lair Bookstore' in South Bend, Indiana, and 'Semicolon Bookstore' in Chicago, Illinois, to name a couple.

Beard opened not just any bookstore, however. The serial entrepreneur cultivated multiple businesses to meet at the intersection of literacy and communal compassion.

"I said, 'there's a bigger conversation I need to be having,'" Beard said, recounting the moments leading up to her decision to open a language center, bookstore, and coffee shop.

After being away for years, Beard came back to her hometown to teach Spanish at a middle school in Kokomo. There, she realized that her hometown — where the gathering of the Indiana Ku Klux Klan had occurred since the 1920s — was still enduring layers upon layers of racism.

"The experiences I've had, like, I think they are unique because I've grown up here," Beard said. "I've been away to lots of different communities and countries. And I've chosen to come back to give back to the community — to my community — where I'm from. And I see that we're still struggling, so what can we do? No, I'm not going to complain. Why complain when you can actually do something?"

Now, after years of pushing Black and Brown authors to the forefront of her shelves and fighting to make her community more inclusive, Beard's book sales are through the roof, and she's shipping titles she has been promoting for years across the country.

"People are calling for titles that I've been trying to sell for the last six years," Beard said, chuckling. "I've worked years for this. But I decided three years ago that in this line of work, it's my job to point people in directions as they're on a journey. It's not to hold your hand."

The bookstore owner has seen her community come together like never before. Beard hosted a movie night for the James Baldwin documentary, "I Am Not Your Negro," that sold out within seconds. Kokomo has also been marching for Black Lives Matters along with the rest of the country. And a local woman has been donating money to Beyond Barcodes, so Beard can give away books to community members for free.

White folks are showing up as allies to Black people in ways that Beard says she hasn't seen before. As they work to confront their internalized anti-blackness, learn about white supremacy, and question systemic racism, Beard is more than happy to point them to the materials they need to pursue that knowledge.

"I'm going to show you where the resources are, but that is your journey. I'm here to encourage you - Yes, go! But, when a white person wants to be an ally ... they can't expect a Black person to give them a cuddle or carry them along the way. That disconnect had to happen for me," Beard said.

Beard's success is not the only Black-owned establishment seeing sales soar. Black-owned indie bookshops across the nation are watching their sales skyrocket and articles upon articles listing them as resources.

"Small Bookstores were on the verge of going extinct even before the pandemic. Now we are seeing a shift -- people everywhere are deciding that can't happen," Beard said in a social media post.

The independent book store owner said she has "worked years for this moment."

But now, she could lose the place that started a broad conversation of racial reckoning for her community.

Her building is in the process of being sold from under her.

"If we don't come up with a down payment, like now, the building will be sold," Beard said.

She and her family have started a GoFundMe page to help come up for $40,000 — but, so far, they've barely made it to half of what they need for a down payment.

"The fact that we're even here is a miracle. As a Black woman business owner in downtown Kokomo ... I mean, I was a teenager, and the Ku Klux Klan was still marching on the square," Beard said. "It's a big deal that we're in this location."

The building that sits at 108 North Main Street has been tied Beard's family for six decades. From her father working as a janitor to get through high school to her owning three businesses that occupy the building — here's the story of a family's faith and hard work to see their community grow.

Editor's Note: A previous version of this story incorrectly spelled DeAndra Beard in parts of the story. It has since been corrected. We apologize for the errors.