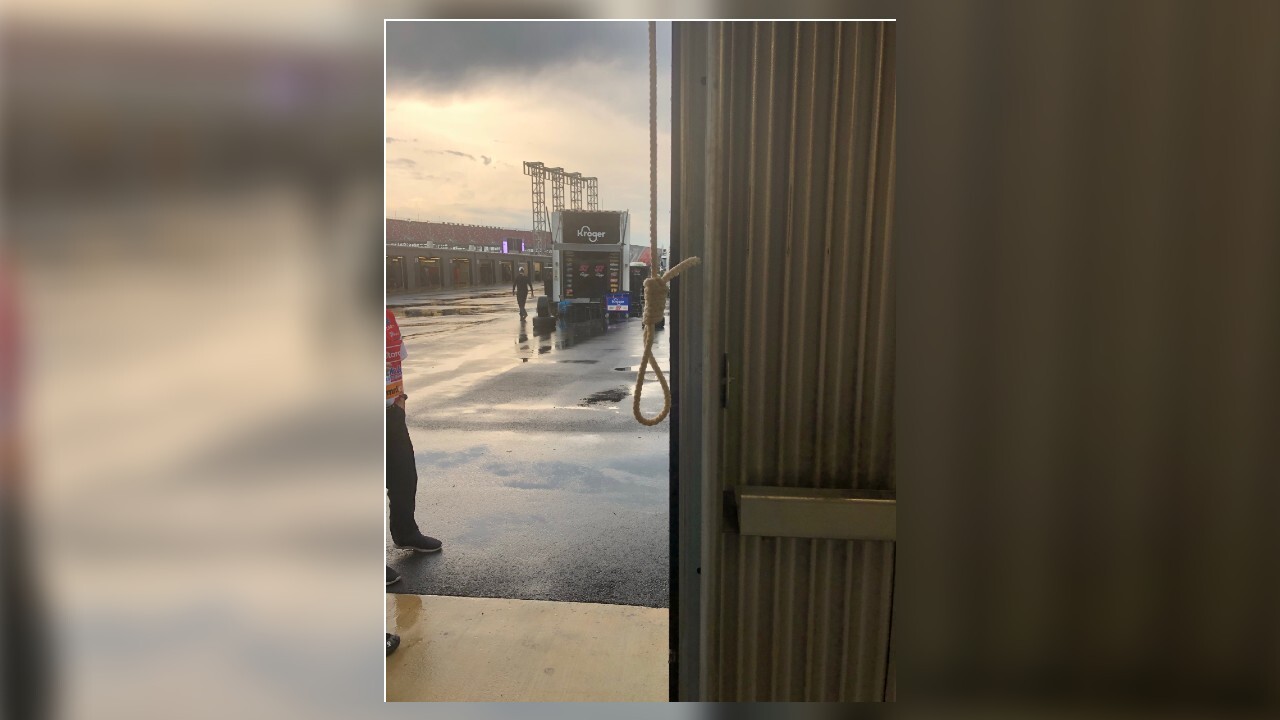 NASCAR said in a statement on Thursday that the noose found in Bubba Wallace's garage "was real."

The noose was found in the garage stall of Bubba Wallace last week at the racetrack in Talladega, Alabama

NASCAR released a picture of the noose that was found in Wallace's garage on Thursday.

“Upon learning of and seeing the noose, our initial reaction was to protect our driver," NASCAR President Steve Phelps said in the statement. "We’re living in a highly charged and emotional time. What we saw was a symbol of hate and was only present in one area of the garage and that was of the 43 car of Bubba Wallace,” Phelps said. “In hindsight, I should have used the word ‘alleged’ in our statement."

The noose was found by a Richard Petty Motorsports crewman, who then notified Wallace crew chief Jerry Baxter.

Baxter took a photo of the noose before it was cut down, FOX Sports reported.

“As you can see from the photo, the noose was real, as was our concern for Bubba," Phelps said. "With similar emotion, others across our industry and our media stood up to defend the NASCAR family. Our NASCAR family. Because they are part of the NASCAR family, too. We are proud to see so many stand up for what’s right.”

On Tuesday, the FBI completed an investigation and determined that Wallace was not the target of a hate crime.

After the noose was discovered on Sunday, officials asked each track to walk their respective garages.

Across the 1,684 garage stalls at 29 tracks, NASCAR found only 11 total that had a pull-down rope tied in a knot and only one noose — the one discovered Sunday in the No. 43 garage stall, officials said.

“Bubba Wallace and the No. 43 team had nothing to do with this,” Phelps added. “Bubba Wallace has done nothing but represent this sport with courage, class, and dignity.”