No charges yet after alleged racist attack at Lake Monroe 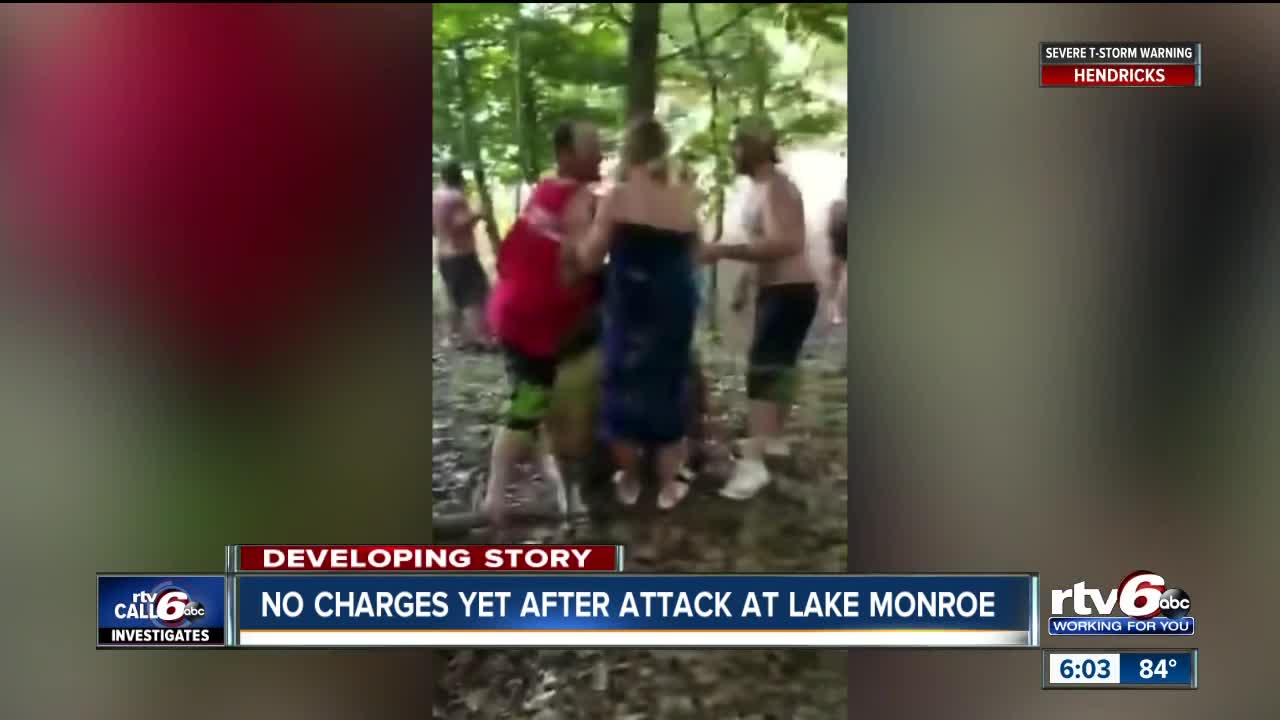 No charges yet after attack at Lake Monroe

BLOOMINGTON — Protests and demonstrations continued in Bloomington on Tuesday after a black man was allegedly attacked by several white men on July 4 at Lake Monroe.

Videos show Vauhxx Booker, a Monroe County Humans Rights commissioner, held up against a tree while the men threatened to get a noose and lynch him. No charges have been filed and no arrests made stemming from the incident. The Indiana Department of Natural Resources is investigating. The FBI Indianapolis is also investigating the case, according to ABC News.

"My job is to help protect my residents and I am sorry for what happened to Mr. Booker and I'm going to cooperate fully to try to make sure that justice is done," Bloomington Mayor John Hamilton said.

It's been a volatile 24 hours in Bloomington after the videos of Booker being held to a tree by several men surfaced. It apparently happened following a disagreement allegedly over crossing private property.

"I am distraught," Booker said. "There's just no excuse to have violence in our community."

Booker said he felt at one point that his life was in danger with bystanders begging for the men not to kill him. Booker said he needs to stand up and speak out.

"The moment necessitates that I am strong," Booker said. "It's about more than just me. I'm here, I survived. I'm not a hashtag. I have an obligation to act to make sure that no one else is put in that situation."

Monday night also brought protests demanding arrests and justice for Booker. Around 9:30 p.m. a car ran into protesters standing in the street and dragged both a man and a woman two blocks, according to police.

"We've told ourselves that things aren't that bad or racism isn't that bad," Booker said. "In today's events, or last night's events, the events weeks before, the month before have shown that this is a crisis."

As tension builds, Booker and other city and state leaders are calling for peace and accountability.

"If we don't act, we're telling folks that we are a community where you can be violent, where you can run down your neighbor, where you can lynch someone in the street," Booker said. "There is no choice but for things to be worse or to make things better and I want us to choose to move forward."