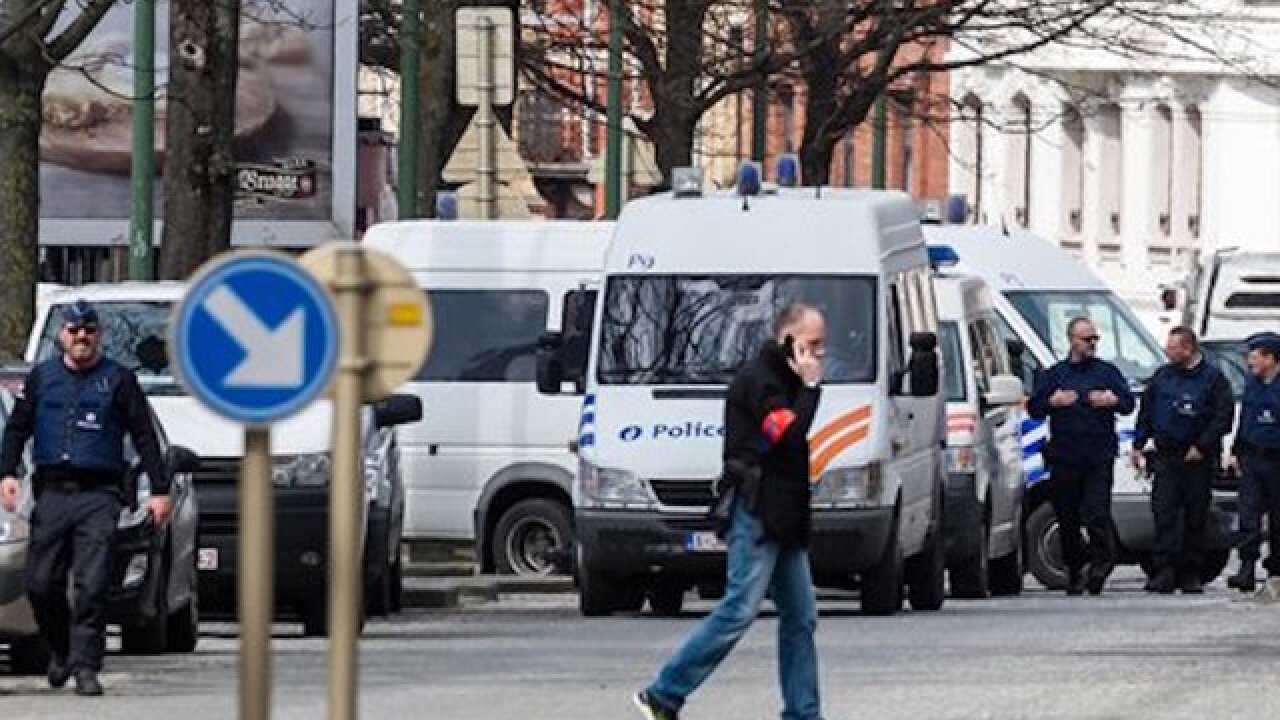 Copyright Associated Press
Geert Vanden Wijngaert
<p>Police secure an area during a house search in the Etterbeek neighborhood in Brussels on Saturday April 9, 2016. The arrest Friday of six men suspected of links to the Brussels bombings, including the last known fugitive in last year's Paris attacks, raised new questions about the extent of the Islamic State cell believed to have carried out the intertwined attacks that left 162 people dead in two countries. (AP Photo/Geert Vanden Wijngaert)</p>

BRUSSELS (AP) — Belgian prosecutors say they have questioned four suspected Islamic State group recruiters, who they say may have planned new attacks in the country.

The Federal Prosecutor's Office said in a statement Wednesday that all four were charged with participating in the activities of a terrorist group. Two were ordered arrested by an investigating judge, but one of them was released with an electronic bracelet. The other two were released under strict conditions.

The statement said the four don't appear to have links to the suicide bombers who struck the Brussels Airport and subway on March 22, killing 32 people.

Prosecutors said initial findings of the investigation indicated there may also have been plans for attacks in Belgium, but provided no details.

Searches were carried out in the city Antwerp and in two other locations.