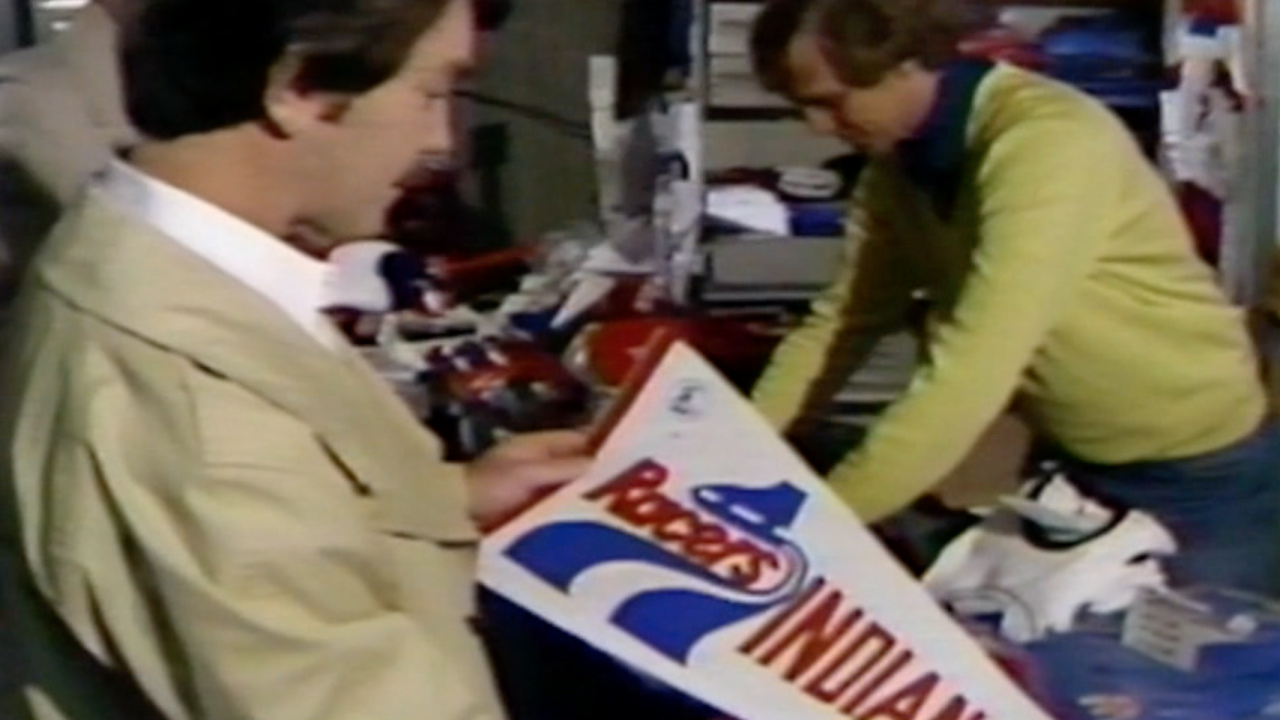 Copyright 2018 Scripps Media, Inc. All rights reserved. This material may not be published, broadcast, rewritten, or redistributed.
RTV6
The Indianapolis Racers flag. The Racers was Indianapolis&#39;s professional hockey team until December 15, 1978.

INDIANAPOLIS — Forty years ago this month, professional hockey in Indianapolis came to an abrupt end when the Indianapolis Racers folded after playing just 25 games of the 1978-1979 season.

The team was part of the World Hockey Association or WHA which sought to compete with the National Hockey League or NHL. The WHA began in 1972 and the Indianapolis Racers joined the league in 1974. The team played at Market Square Arena.

One of the greatest hockey players in the world actually launched his professional career in Indianapolis.

Wayne Gretzky joined the Indianapolis Racers at just 17 years old. Gretzky signed a seven-year contract with Nelson Skalban, the majority owner of the Racers, on June 12, 1978.

Gretzky scored his first two professional goals during his fourth start for the Racers on October 20, 1978.

Gretzky’s time in Indianapolis was brief. He was sent to play for the Edmonton Oilers after just eight starts with the Indianapolis Racers.

On December 15, 1978, the Indianapolis Racers announced it was ceasing operations in a statement to the media.

“The Indianapolis Racers regret to announce that effective midnight today, December 15th, they will cease operations in the WHA. All day today, we attempted to negotiate a new financial package with the local limited partners. However, we have been unsuccessful. This leaves the general partner with no alternative other than to fold the franchise. We wish to express our sincere thanks to those loyal Indy fans who supported us during the years of operation, and we wish the ending could’ve been better for all of us.”

“It’s a shock to anybody to be out of a job. I always liked the city. I am a little disappointed I thought they'd work everything out,” said one player.

Retailers also felt the economic impact of the announcement. Just weeks before Christmas, many vendors were stuck with piles of Racers merchandise.

At the time, Channel 6 sports reporter Ken Double asked one retailer if the seemingly worthless merchandise would ever be of value. His response was prophetic.

“I think they will be because of the interest in the WHA, I feel it will eventually merge with the NHL, and so you’re going to have this one defunct franchise. It’s going to be a collectors item in time.”

Perhaps some of the best Indianapolis Racers exposure came in Jan. 1978 when Indianapolis Mayor Bill Hudnut wore a Racers knit stocking cap while addressing the public during the blizzard. He even wore the hat the following year at a blizzard survivors luncheon held in downtown Indianapolis.