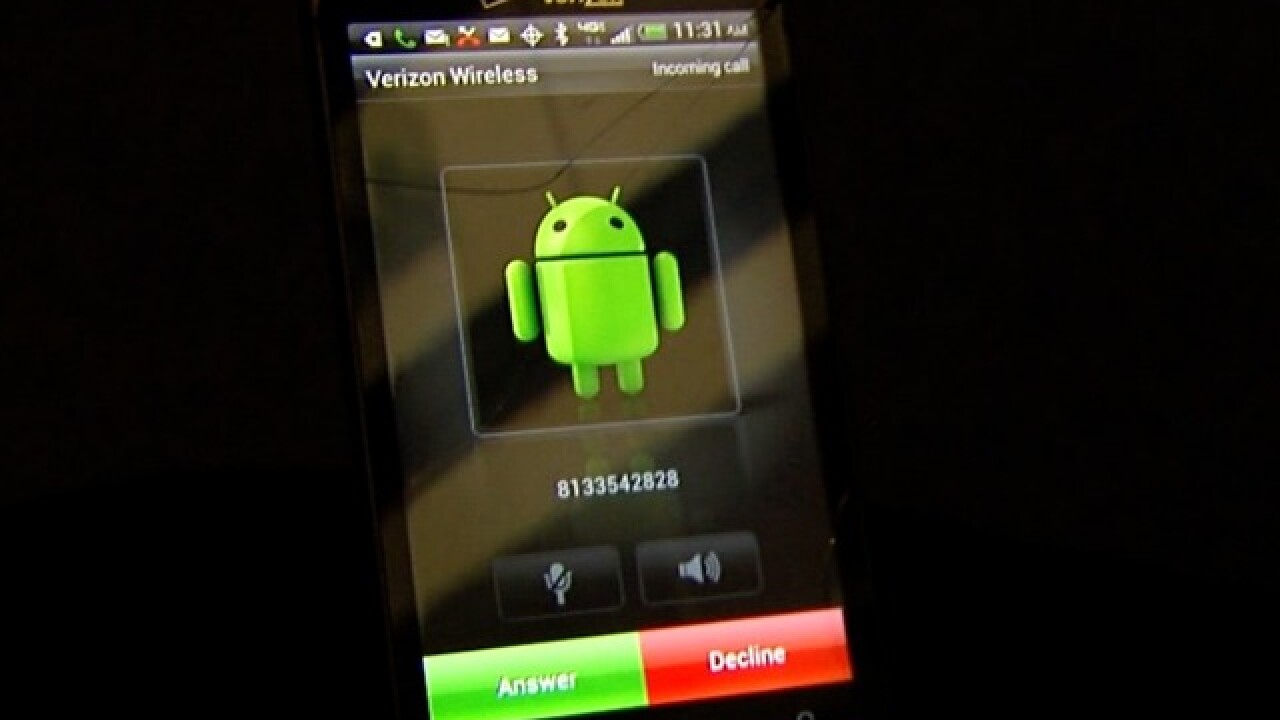 Copyright 2017 Scripps Media, Inc. All rights reserved. This material may not be published, broadcast, rewritten, or redistributed.
WFTS 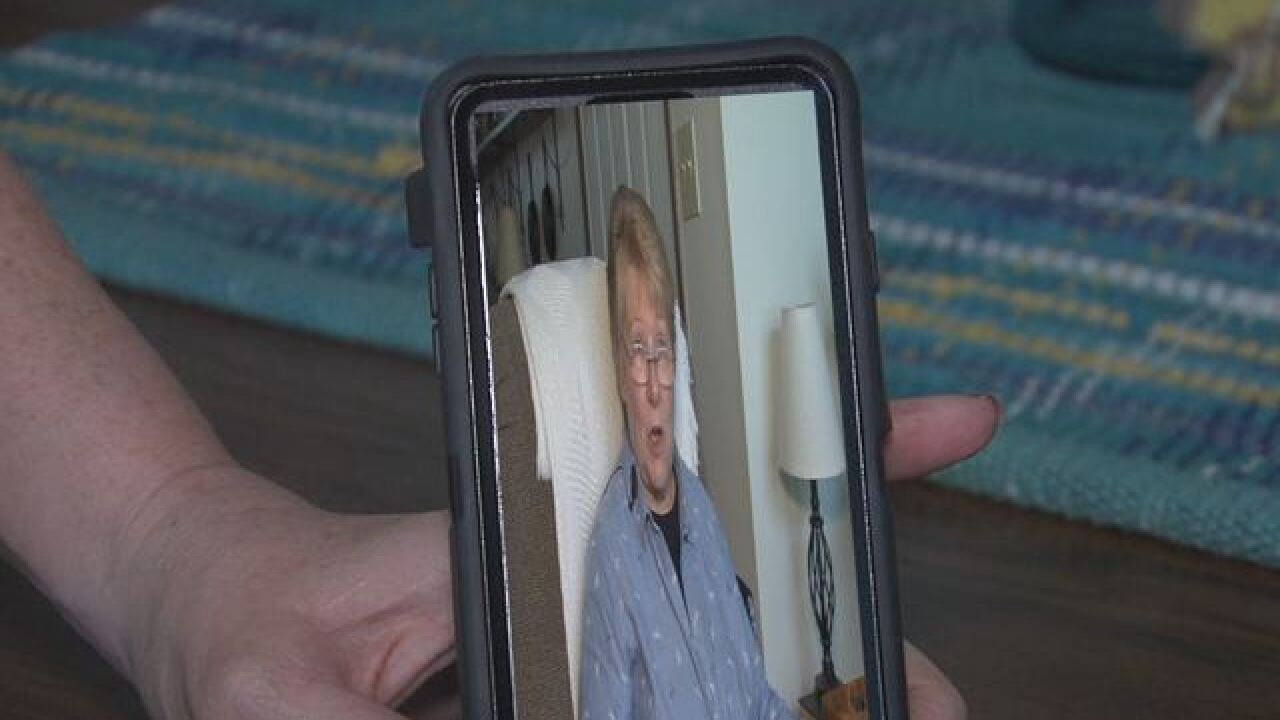 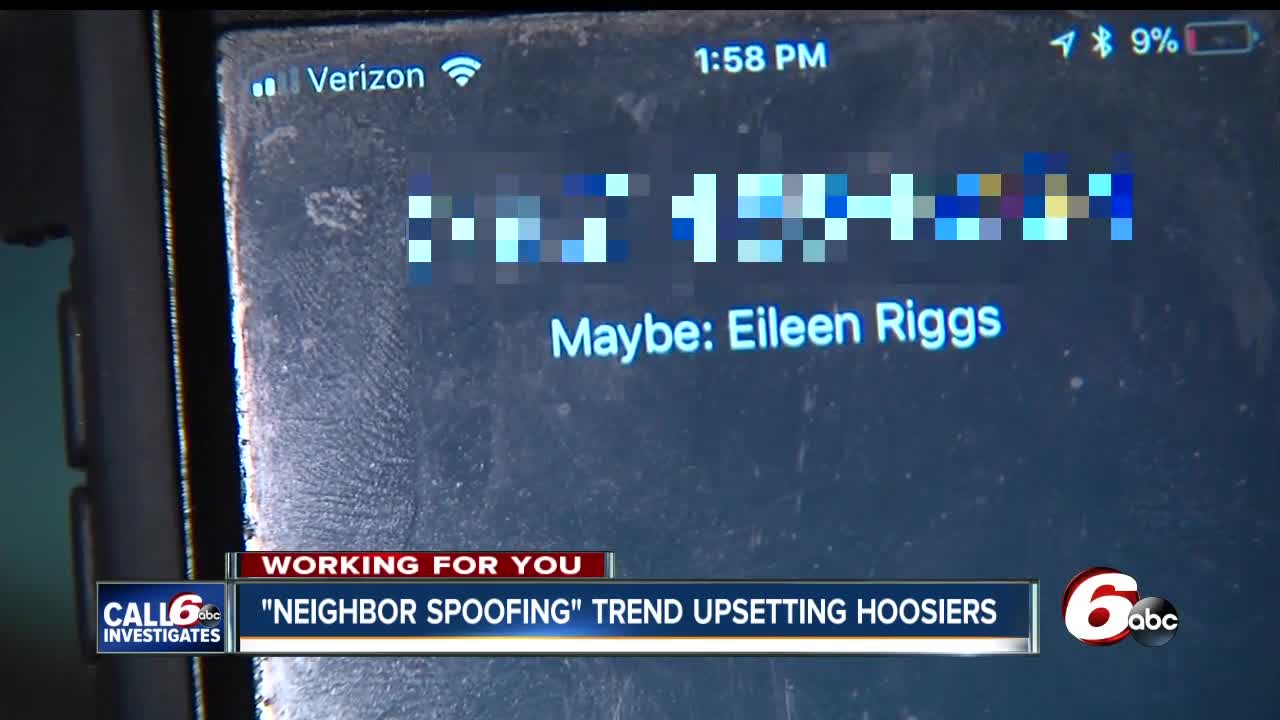 MIDDLETOWN, Ind.--  If you’re experiencing an increase in the number of unwanted calls supposedly coming from a local phone number, you’re not alone.

Call 6 Investigates uncovered a growing and disturbing trend impacting Indiana consumers called “neighbor spoofing,” in which scammers spoof phone numbers belonging to your neighbor, doctor’s office, pharmacy and dry cleaner in an effort to get you to pick up the phone.

Eileen Riggs of Middleton contacted Call 6 Investigates after receiving phone calls accusing her of being a phone scammer.

“A man called me very irate and said ‘who in the heck is this and why do you keep calling me?’” said Riggs. “I said I'm sorry! He said this was the fifth call he had gotten from my telephone number.”

Riggs was confused because her phone was across the room when she had supposedly been making all of these unwanted phone calls.

“Apparently they’re hijacking our phone numbers and they’re using them to call other people so other people don’t recognize it,” said Riggs.

Riggs went to the Verizon store in Anderson, but she said a worker just told her not to answer the phone for unknown numbers.

“I thought, ok, I will call Channel 6 news,” said Riggs. “Surely someone can find out how they do this.”

Call 6 Investigates did some checking and found Eileen Riggs is a victim of neighbor spoofing, and when ticked off people hit redial, they’re not reaching the scammer--- they’re reaching victims like Riggs.

“It’s really scary to think they can come in on my phone number,” said Riggs. “It just amazes me that they can use our own personal phone numbers.”

“That would allow the originating provider to confirm the validity of the caller ID and transmit that down the call path to the consumer,” said Maureen Mahoney, policy analyst with the Consumers Union. “That should stop call spoofing. “It will help law enforcement to track down the spoofer sand will help call blocking.”

Mahoney said neighbor spoofing is a “disturbing” trend because it makes it nearly impossible for law enforcement to track down the real caller.

RELATED | Call 6: Do Not Call list doesn't stop you from getting spam texts

"It makes it harder to block these calls because callers are continually cycling through different numbers so it's difficult to be able to stop them," said Mahoney.

“Many times these calls originate over the Internet and do not touch the Verizon network,” said Steve Van Dinter, Public Relations Manager - Great Lakes Market for Verizon Wireless. “Currently there is no way for us or any other provider (landline or cellular) to prevent these individuals from spoofing phone numbers. We are working with the FCC to investigate the scammers and keep it from happening in the future.”

Van Dinter says if your number is being spoofed, the best course of action is to report it to the FCC.

“Protecting customer accounts is one of Verizon's top priorities,” said Van Dinter. “As spam and robocalling detection have gotten better, spoofing - and specifically neighbor spoofing - have become a tactic that spammers use to trick people into answering their calls.”

Verizon also offers a number of options for blocking incoming spam callers through number blocking as well as its caller name ID service, which flags calls that are suspicious.

The caller name ID service costs $2.99 per line per month, according to the website.

Eileen Riggs wants people to know about neighbor spoofing, and that just because a call looks like it’s coming from a phone number doesn’t mean that’s who really called you.

“I’m not going to answer a phone number I don’t recognize,” said Riggs.

“Long term, we are working with phone companies to try to improve the authentication of calls in hopes of cutting off some consumer issues like this,” said Wiquist.  Here’s some more info on that effort:

The FCC began seeking public comment on standards to help differentiate legitimate phone calls from those that attempt to trick consumers through caller ID spoofing.

On May 10, the FCC announced a $120 million fine against Miami-area telemarketer Adrian Abramovich for spoofing 96 million telemarketing robocalls over three months.

Apps like NoMoRoBo and Robokiller can help you cut down on unwanted calls.

A spokesperson referred us to two websites: AT&T Cyber Aware and AT&T Cybersecurity that provide tips for customers.

T-Mobile offers several free options for its customers including Scam ID, which allows you to immediately see when calls come in from known scammers.

Scam block allows you to block all known scammers before they reach you.

And for $4 a month, T-Mobile also offers Name ID which allows you  to identify any caller’s name and location, and block any personal number that’s not in your address book.

Name ID will also allow you to see the type of organization that may be calling, including telemarketers, political organizations and survey collectors.