5G rollout in Marion County concerning to some neighborhoods 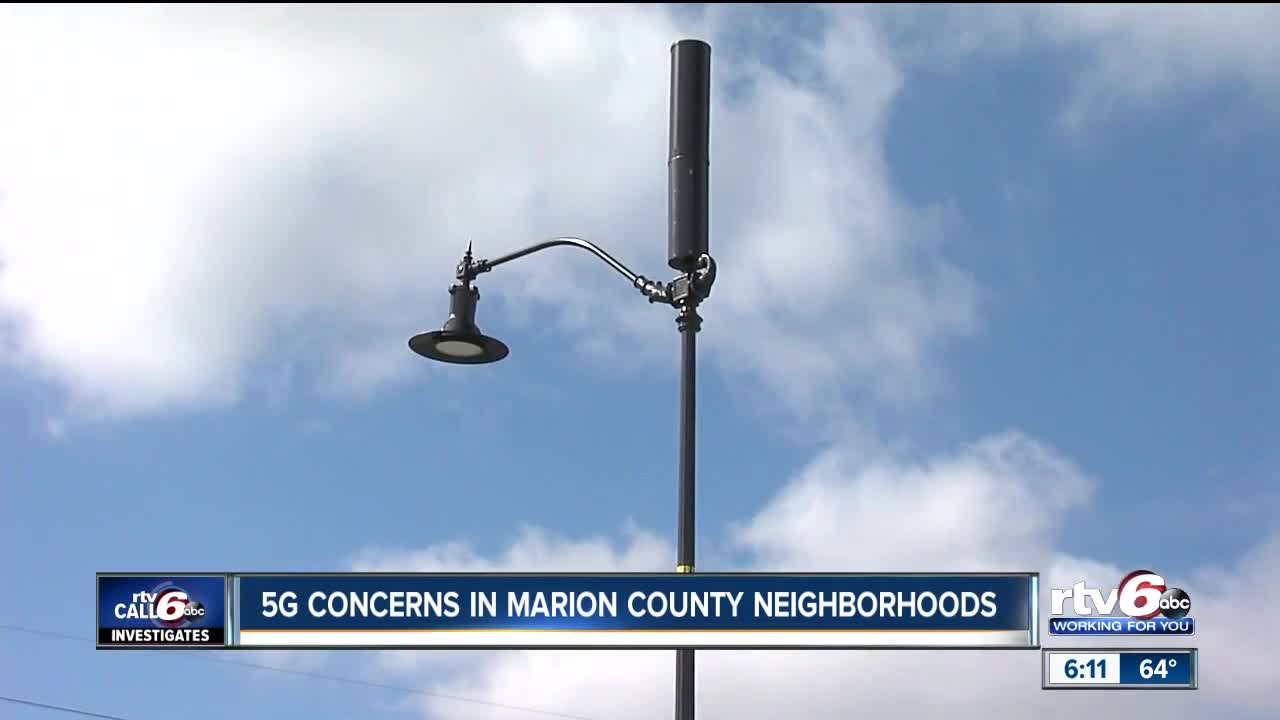 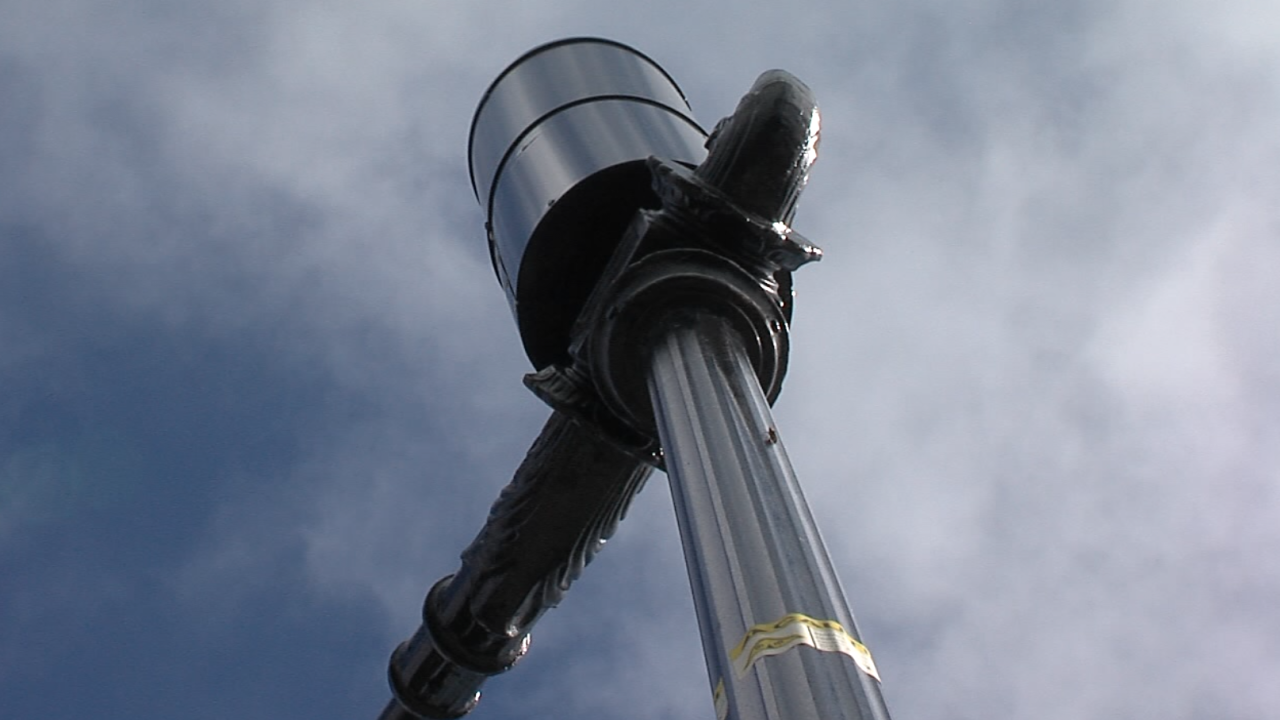 INDIANAPOLIS — People who live in Marion County are raising concerns about 5G structures coming to their neighborhoods because they have limited say over the placement of the equipment.

Call 6 Investigates has been telling you for the past year about the installation of 5G equipment in Hamilton County, including in Carmel and Fishers.

Nearly 400 families live in North Willow Farms near 86th and Ditch Road, and many are concerned about 5G structures coming to their neighborhood— a community full of mature trees and underground utilities.

Neighbors became concerned when they saw a public notice in a newspaper that Verizon Wireless plans to install a 47-foot tower in the middle of the neighborhood.

White started researching and learned the tower is part of Verizon’s 5G rollout.

“I started getting a lot of phone calls from residents and most of them I would describe as angry or concerned,” said White. “A few encouraged us to take a measured approach because they were in favor of 5G."

Brian Brase has lived in North Willow Farms for 18 years.

"If 5G is inevitable, we would like a say in where the placement goes, not along our beautiful thoroughfare and not in the front yards of our neighbors," said Brase. “We don’t oppose 5G. It’s just the manner that Verizon is forcing it upon us.”

This is happening in part because Senate Bill 213 passed the legislature in 2017 and authorized a massive rollout of small cell wireless structures all over the state.

Homeowners, and even towns and cities are limited in what they can do about it.

"What we really have is an unregulated industry that has eminent domain across the country leaving towns, cities or states with little to no authority," Kerwin Olson at the Citizens Action Coalition said. “Truth be told, the public has little to no say in where these things are placed.”

Olson also questioned whether the approval and installation of 5G technology is “essential” during a pandemic.

North Willow Farms reached out to their state lawmaker, Rep. Ed Delaney (D-Indianapolis), who is meeting with Verizon this week.

"It's a tough set of facts and I hope the utility will show flexibility with pacing and spacing,” said Delaney. “I hope we can get something worked out. The chances everyone will be happy are slim to none."

Delaney said legislation may be needed if wireless providers do not work with homeowners on the placement of 5G structures.

"We need to get the city more authority because right now the city has very limited authority,” said Delaney. “There are things we could do that would send a message to the industry that need to think of people's needs and expectations."

Delaney anticipates hearing from more constituents in the coming months.

“We need to educate the contractors that just throwing up a bunch of poles and running away is not the solution,” said Delaney.

Call 6 Investigates reached out to the City of Indianapolis Department of Business and Neighborhood Services.

“We are aware of the concerns regarding the installation of small cell facilities in the North Willow Farms neighborhood,” said BNS spokeswoman Brandi Pahl. “We are in the process of reviewing any pending applications in consultation with our counsel. At this time, we are unable to comment further on this specific matter.”

Call 6 Investigates also reached out to Verizon about its plans for North Willow Farms.

“For several years we have been using small cells in cities across the country to add needed network capacity as cellular usage grows,” said David Weissman, Communications Manager at Verizon Consumer Group, in an email to RTV6. “There is more information on our Central Indiana projects here: https://improveyourwireless.com/centralindiana/. “

The website says “Verizon Wireless has already started to install small cells in Central Indiana and will be over the next few years. Traffic and parking disruptions will be minimal, as work will be completed in phases to minimize local impacts.”

Even state regulators at the Indiana Utility Regulatory Commission are powerless to get involved.

“The Commission has limited authority over wireless providers, and we do not have authority over the placement of transmitters or receivers (5G or otherwise), so they are not required to notify us or give us information when installing transmitters or receivers,” said Stephanie Hodgin, spokeswoman for IURC. “ If citizens have concerns about 5G technology in their neighborhoods, they should reach out to their local government leaders or to the wireless providers directly.”

Eric White wants others in Central Indiana to know about the 5G rollout and he created this map using permit requests showing proposed structures in the area.

"Verizon is treated as if they're a regulated utility but they're allowed to move forward without any regulation and that's concerning," said White.

A list of right-of-way permits applied for/issued for small cell towers can be found by going to www.indy.gov/activity/small-cell-facilities [indy.gov].

Residents can then go to the Citizens Access Portal [accela9ca.indy.gov] and type in the permit number to find out more information, including contact information for the applicant.