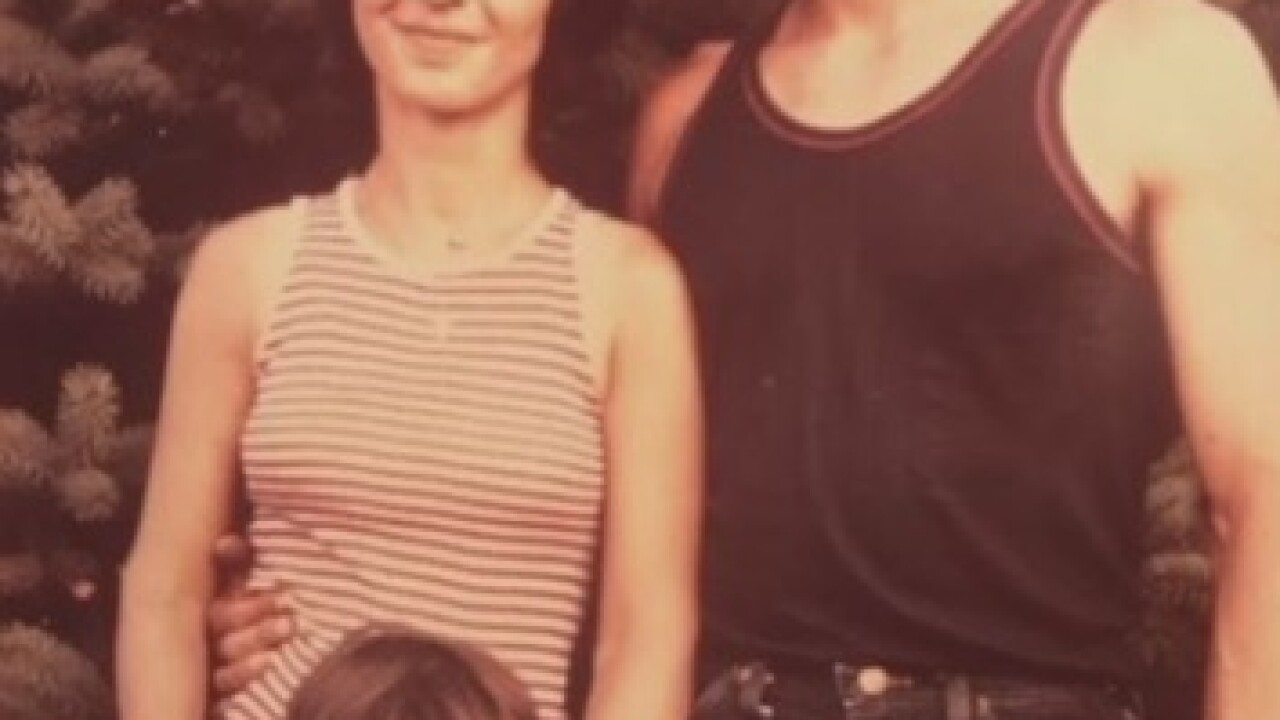 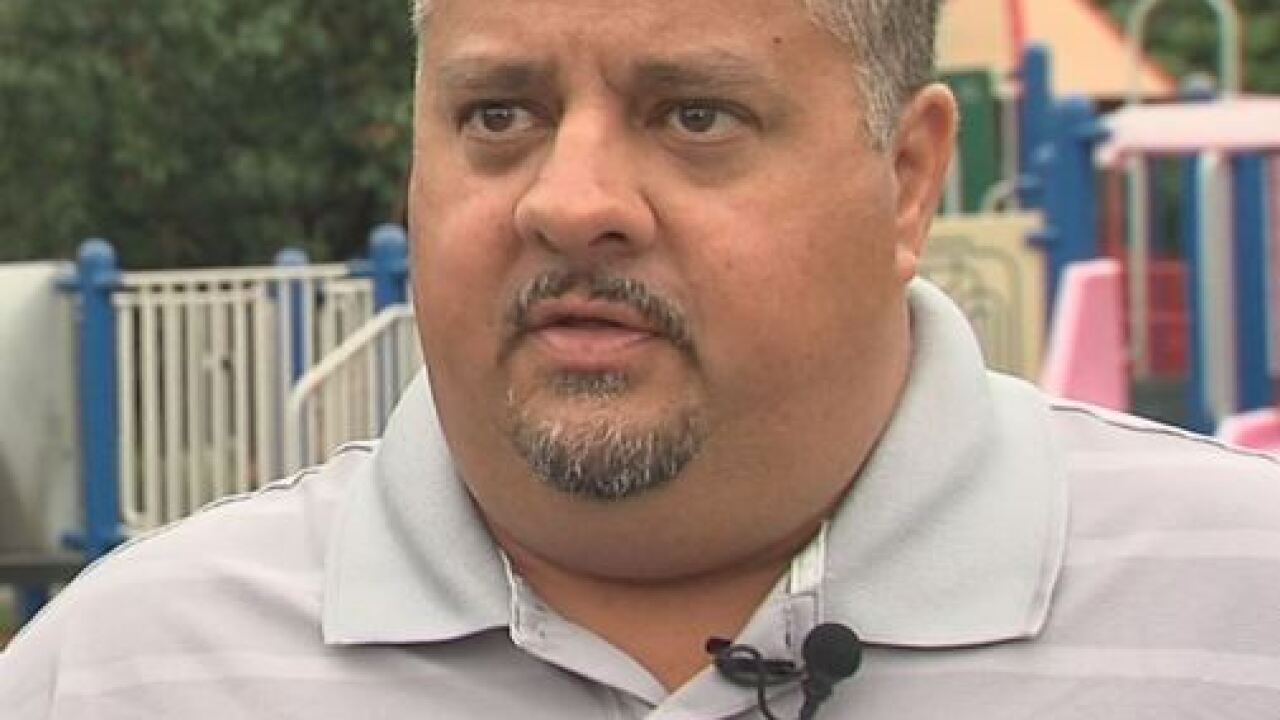 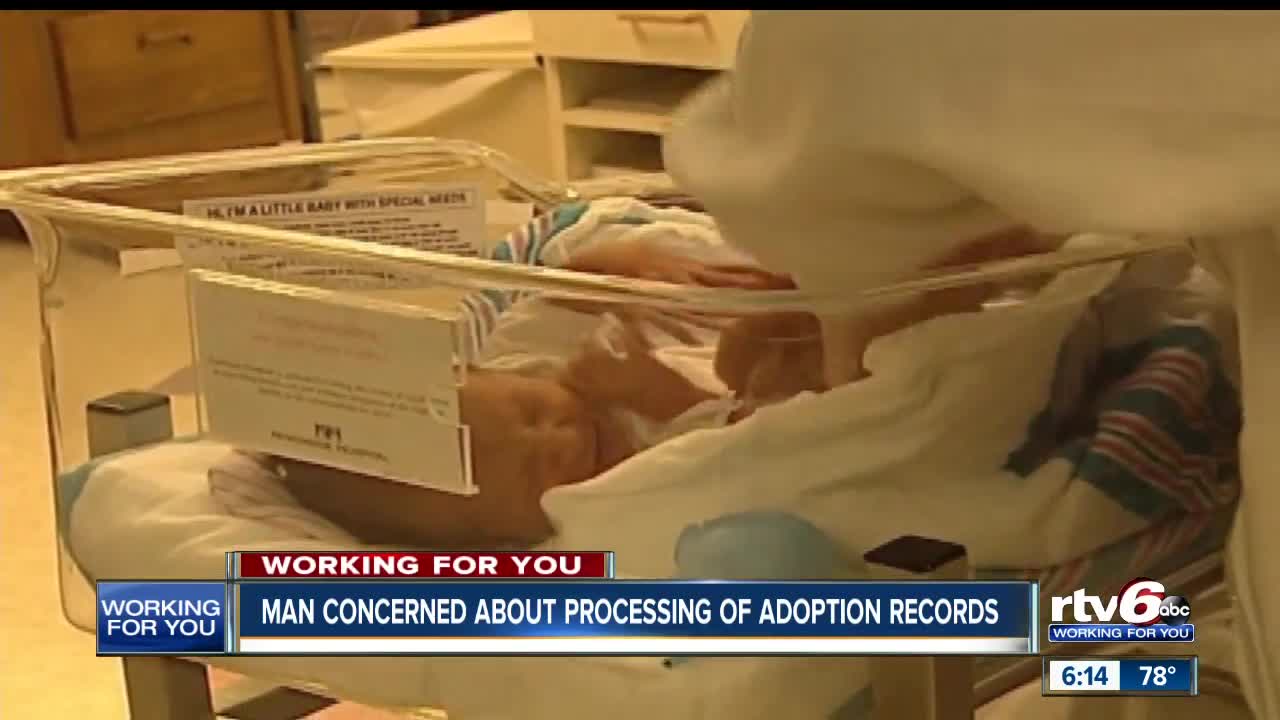 INDIANAPOLIS--- The Indiana State Department of Health has processed 11 percent of adoption records requests submitted since a new law went into effect July 1.

The state has received 1,466 requests for adoption records, and so far has completed 165 of those.

“Please keep in mind that we do continue to receive new requests every day and continue to on the requests as we receive them,” said Wade-Taxter in an email to RTV6.

Call 6 Investigates Kara Kenney started looking into how the state is processing adoption records requests after hearing about concerns from adoptees.

David Harris of Indianapolis was adopted in 1969, when he was six months old.

“Those have been my parents ever since,” said Harris. “It was just normal for me.”

But Harris has always wondered about his biological family.

"Most of the stuff I want to find out is about siblings,” said Harris. “I know that I have a brother, at least a half brother. I would love to find out medical history."

Harris said he has hired investigation companies to no avail.

So, when he heard about the state legislature passing the new adoption records law he jumped at the chance, and submitted the forms in mid-June.

“I called July 24 to see how the process was going, what the status was, and they told me they were working on requests that had been sent in on May 9,” said Harris. “I didn't really know what to expect in terms of a time frame."

Harris said he called back around August 14.

"They informed me that they were now working on May 13 so in 3 weeks they had maybe gone through 4 days worth, so at that pace i wouldn't get my results until sometime next year," said Harris.

"I asked to speak to a supervisor and they told me they had 2 people that do that work and one of them was on medical leave, so they've only got one person processing the requests," said Harris.

He provided the name of the supervisor, and records show a supervisor by that name does work for ISDH’s Vital Records department.

ISDH spokeswoman Megan Wade-Taxter said they have five people processing adoption requests, and they received 5,000 requests for adoption records between 1941 and 1993.

RELATED: Indiana to unseal adoption records from 1941 to 1993

The state declined to provide an on camera interview and also declined our request to get video of the processing.

“The employees working on these requests are in a restricted area because they work with personally identifiable information that must be kept confidential,” said Wade-Taxter in an email to RTV6.

So, what does this mean if you’re waiting for adoption records?

The state says you can still expect a four-month turnaround time, which is what ISDH announced when the law took effect.

“Our Vital Records Division is confident that the 16 week turnaround time for the requests is still viable,” said Wade-Taxter in an email to RTV6.

David Harris hopes to get his adoption records later this year if possible.

He hopes the state understands just how long he and other adoptees have been searching for answers.

"I'm not asking to move up for cut in line. I think they need to get these requests out a lot quicker,” said David Harris. “These people, myself included have waited for years and decades to be able to get this information."