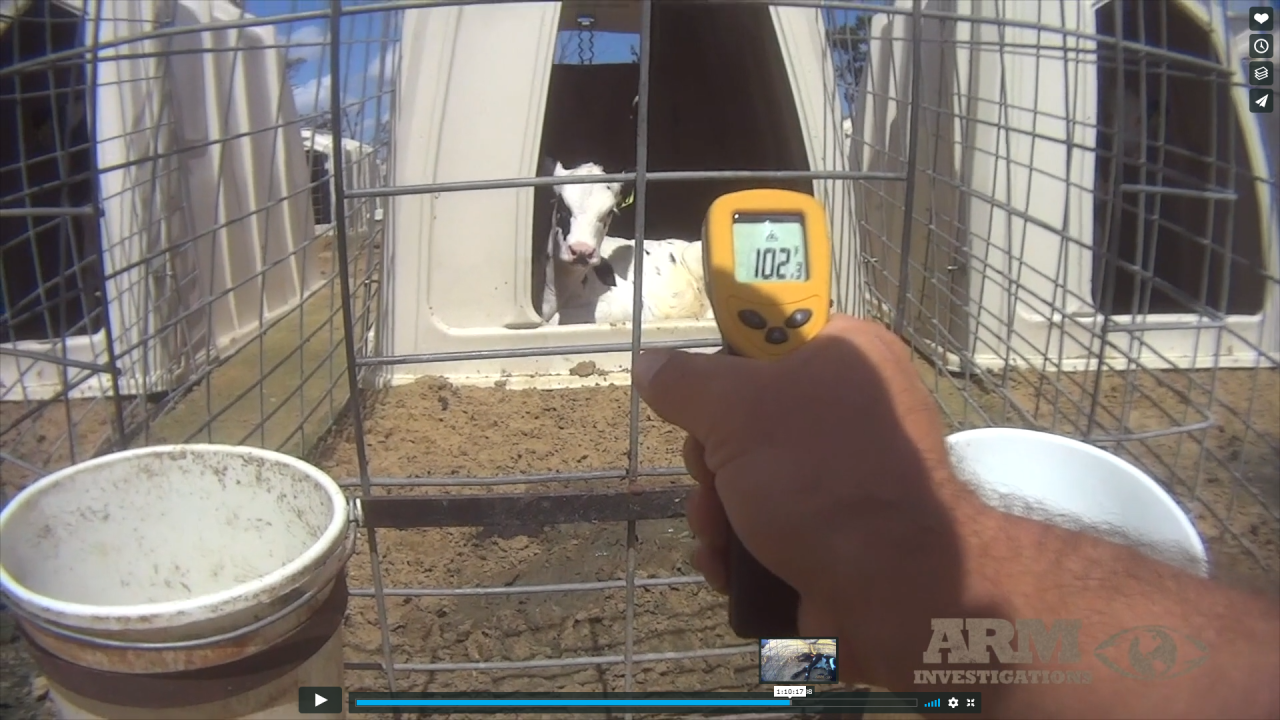 FAIR OAKS, Ind. — A Florida based group that calls itself a “vanguard animal welfare organization” released a new statement Friday addressing criticism that it did not report animal abuse or put a stop to it sooner.

The Animal Recovery Mission conducted its investigation at Fair Oaks Farms in northwest Indiana between August and November 2018, but the group did not release its undercover footage until June 4.

“As the reason for why we waited so long for this release was because the Animal Recoverery Mission had the obligation to investigate where the male calves were going to,” read the statement. “After our extensive investigation our teams uncovered Fair Oaks Farms delivering calves to Midwest veal mere weeks ago, in a clear contradiction to McCloskey’s statement on his calves being sold to the veal industry.”

Fair Oaks Farms Founder, Mike McCloskey, had previously said the farm was not sending calves to the veal industry, but in a Facebook comment this week he blamed miscommunication.

“In regards to my comment on not sending our calves to veal- it was not our practice in the past, but due to a lack of communication between the general manager in charge of livestock sales and myself, I was unaware that we were selling our calves to the veal industry and apologize for the unintended false claim made previously,” McCloskey’s statement read. “Our bull calves will no longer go to veal.”

McCloskey said four employees were terminated as a result of the undercover footage.

“We were not fired and felt as though we had enough data for our case at that location, so we pulled our investigator out,” read the ARM statement released Friday. “The ARM investigator at no time took part in any of the abuse nor did we stage any of the employees to conduct abusive crimes of the animals.”

ARM also said it reported all instances of abuse to top management, who not only saw the abuse themselves but took no disciplinary action against the employees who did.

The group released an hour and a half of footage Friday to address allegations that the 4-minute video previously was unfairly edited.

“The purpose of this hour and a half long video detailing the extreme violence at Fair Oaks Farms, is to give the greater public an in-depth insight into the sheer gravity of animal abuse that takes place in the dairy industry,” read a Facebook post from ARM. “The extended video also shines a light into the drug use, as well as giving a detailed look into top management’s knowledge of the brutality on the calves and zero action taken upon the abusers and/or aiding in the neglect of the baby animals.”

ARM has also made headlines in Florida for accusing numerous operations of animal abuse, including the Black Cloud farm.

The Indian River County Sheriff's Office in Florida looked into Black Cloud farm and, "it was determined that no probable cause exists for animal cruelty under the state statute."

Fairlife released a statement, saying it has taken immediate action to address the situation and protect animals.

Meanwhile, several retailers have pulled the products from their shelves including Family Express.

“In light of the events that have recently been uncovered at Fair Oaks Farms, Family Express has decided to discontinue all products sold by fairlife, LLC (a partnership between Coca-Cola and Select Milk Producers Inc.) from our stores,” read Family Express’ statement. “The exposé of animal abuse in the Fair Oaks Farm network is chilling. A factor in our decision was the public response by Fair Oaks, asserting the notion that this was an isolated incident. This is hardly the response you would expect from an organization that gets it.”

Walmart and Target have not responded to RTV6’s requests for comment.

“We have suspended sourcing to our dairies from the locations in question, pending the result of Fair Oaks Farms’ investigation and implementation of action plans,” read a statement from Kroger. “The management team at Fair Oaks Farms have been outstanding leaders in animal welfare and sustainable farm practices for many years and we know they are taking the situation very seriously.”

McCloskey said they have partnered with an animal welfare group to have frequent audits every two to four weeks with "total access" to the auditors.

Additionally, McCloskey is working with the county attorney to prosecute any of the known animal abusers.

The Newtown County Sheriff’s office is conducting a criminal investigation into the alleged animal abuse.