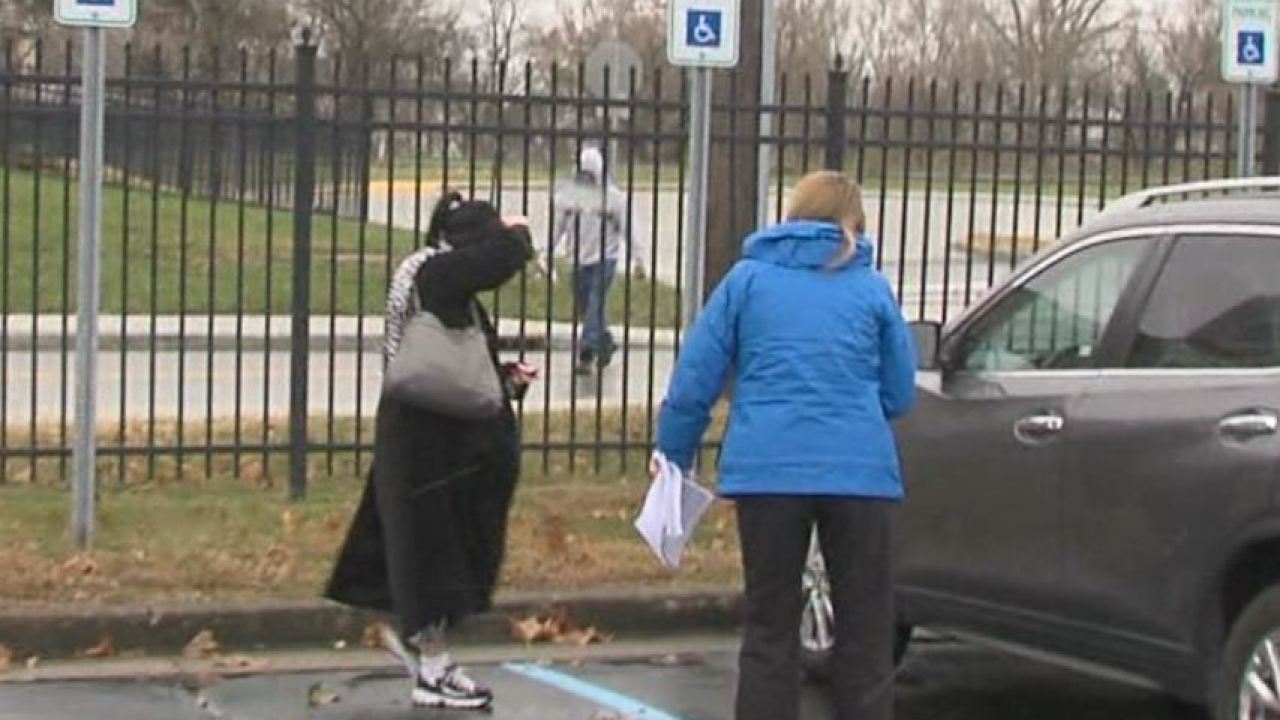 HAMILTON COUNTY — The Indiana Attorney General’s Office has filed a lawsuit against a Fishers-based makeup artist following a Call 6 investigation that raised questions about her business practices.

Hall’s storefront was located at 9943 Allisonville Road in Fishers.

The lawsuit accuses Hall of violating the Indiana Deceptive Consumer Sales Act and engaging in consumer transactions without a license.

As Call 6 Investigates reported in February 2019, contractors who worked for Hall said the makeup artist owed them money and brides said they paid Hall but she didn’t show up on their wedding day to do the work.

The Attorney General is seeking $5,532 in restitution for six consumers, including two brides featured in our Call 6 investigation into Hall’s business practices.

The state is also asking a Hamilton County judge to stop Karen Hall from owning, operating or managing any Indiana company in the business of cosmetology or esthetics services.

Hall filed for Chapter 7 bankruptcy in federal court on February 25, and lists the Attorney General, brides and former contractors as creditors.

It’s unclear how the bankruptcy filing will impact the Attorney General’s lawsuit, which was filed on December 16.

Katharine Khamutov hired Karen Hall for her wedding at the Ritz Charles in Carmel, after the makeup artist appeared on the venue’s approved vendor list.

Khamutov said she paid $915 for herself and four bridesmaids.

“I wanted that class, timeless, elegant bride look,” Khamutov said in 2019. “It’s extremely important because it’s going to show in the photographs that you show to your friends and family.”

But come the day of the wedding, Khamutov said Hall did not show up.

“At 10:30 in the morning, we got a text message, ‘I'm running late,’ and an hour later we got a text saying, ‘I was in a car accident,’” Khamutov said. “It was devastating, and it was rude on a business part. It’s a huge part of the look for the wedding day.”

Sarah Corwin, a bride from West Lafayette, had a similar experience with Hall after finding her on a popular wedding website.

Five days before Sept. 2, 2018 wedding, Corwin received an email from Hall saying she dissolved her business.

“Unforeseen actions and circumstances have now become a permanent road block, Karen Hall & Co must close its doors immediately,” read the email. “This is effective as of 8/28/18. Karen Hall & Co LLC has dissolved and no longer will be doing business, providing services or booking future clients.”

Hall did not respond to emailed requests for comment in 2019, so Call 6 Investigates Kara Kenney showed up to a court hearing for Hall’s apartment complex evicting her.

Hall dodged our cameras outside the court, and eventually emerged with court bailiffs by her side.

Call 6: There are brides and contractors who say you owe them thousands of dollars. Are you going to pay people back?

Call 6: What do you say to brides that say you canceled on them right before their wedding day. What do you want to say?

As Hall drove away, she made an obscene gesture with her hands to the RTV6 camera.

No attorney is listed for Hall in the Attorney General lawsuit.

Here’s how you can protect yourself when paying for services: