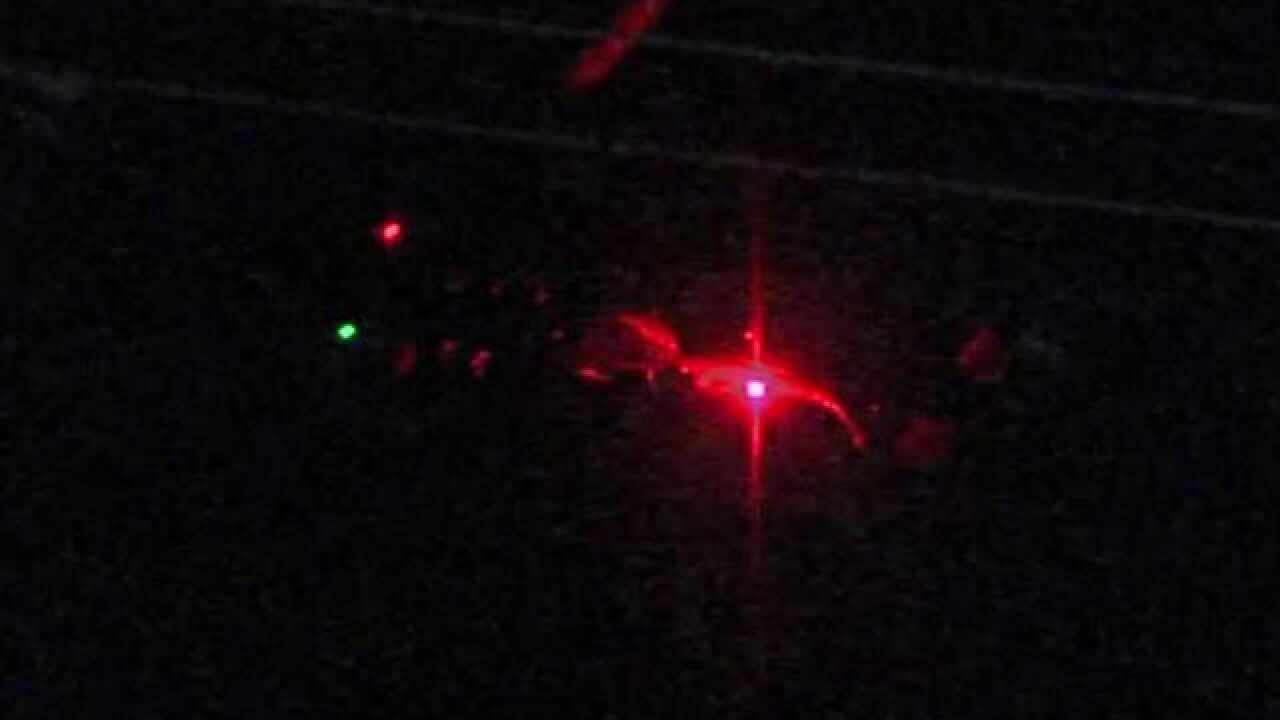 BEECH GROVE, Ind. -- It may have been a surprise to people who live in Beech Grove, but city officials have known about a military training exercise in the community since March.

Residents were awoken early Tuesday morning by the sound of gunshots at the former St. Francis Hospital.

At least 100 military personnel were involved in the exercise which started around midnight.

Nearby residents reported loud bangs and explosions and seeing people rappelling from helicopters.

"I went into the bathroom and heard all kinds of commotion and lots of helicopters," Blaine Bonney, a Beech Grove resident, said. "I stuck my head out the window and see one go flying by and another go flying by. They're all circling, making all kinds of patterns."

Bonney said he feels safe, now that he knows what was going on.

"If you hear it's training, and they're out there protecting us and keeping an eye on us, it makes me feel a little safer," he said.

A letter dated March 18, 2016, from the mayor of Beech Grove to the U.S. Army, shows that officials knew well in advance about the training.

The Marion County 911 dispatch center was reportedly "flooded" with calls from concerned Beech Grove citizens -- but sources told Call 6 Investigates the 911 call takers were also not alerted to the event, and were caught off-guard.

The exercise drew shock on Twitter, where one user wondered if we'd "gone to war and no one mentioned it."

Anyone know what's going on in the sky above Beech Grove right now? Did we go to war and no one mention it?

anybody else see about half a dozen black choppers flying super low over the beech grove area? Also sounded like shots or explosions?

it sounds like bombs are going off in beech grove...

a cop went door to door telling us they were doing military training near us and we'd hear some helicopters and "small explosions"....

Beech Grove resident Holly Tolle posted to RTV6's Facebook page saying her young children were woken up by the noise.

"I live directly behind the hospital with three young children who were completely terrified," Tolle wrote. "Now they are going to have trouble going back to sleep. I was informed by BGPD that all residents around the area were warned but everybody I talked to said they were not."

Beech Grove Police say they started to go door to door in the area around 7pm Monday to tell people about the military exercise.

One of those people who didn't get a knock was Lisa Davis, who lives about a mile away from the hospital building. Davis said a lot of the neighbors were calling each other and making sure everybody was OK.

"A lot of people did not feel safe at all," Davis said.

The city of Beech Grove's Facebook page also contained no mention of the event, nor did its website.

Beach Grove Police say they feel that the department handled the situation well and that if they'd given the neighborhood too much notice, it may have compromised the training and public safety.