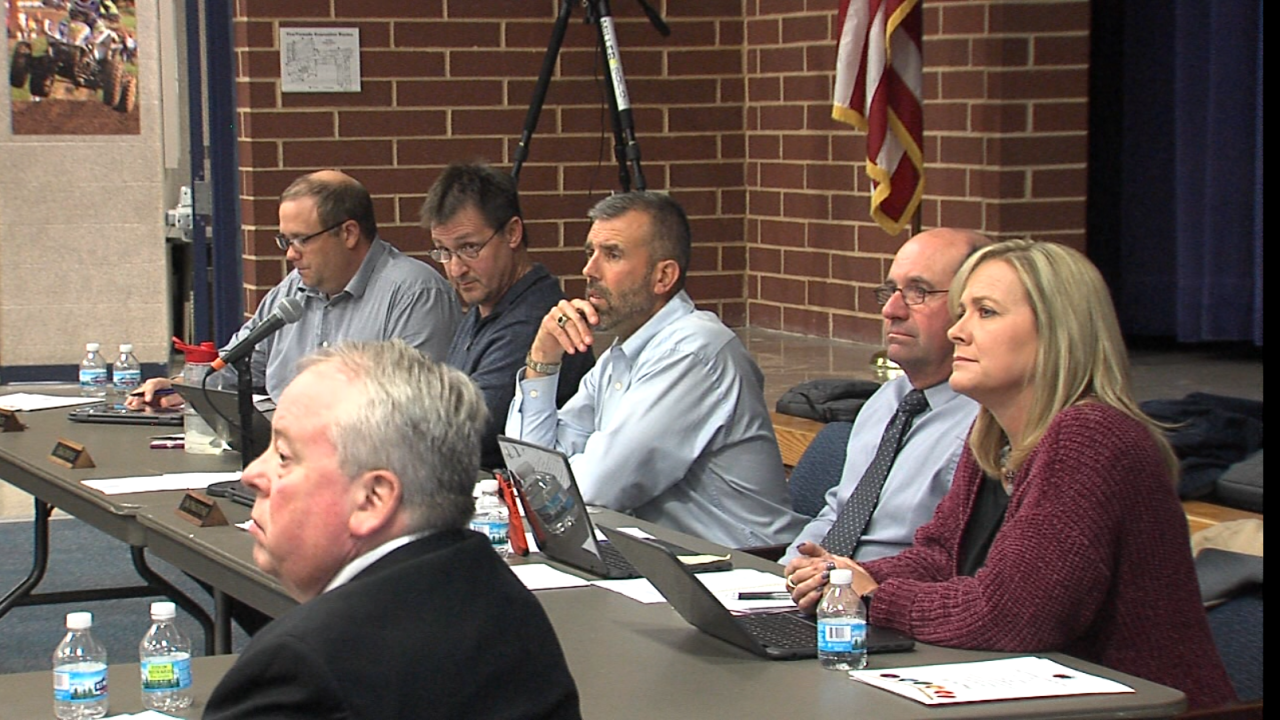 Teachers are expected to see an average annual increase of $2,000 per year, according to the newly reached contract.

“We know we have great teachers and we believe they should be compensated fairly,” said North West Hendricks School Corporation business manager David Hobaugh. “We are pleased that we can now offer them a salary just above the average for similar size school districts.”

“This district is fortunate to have such a strong and cooperative relationship with its teachers,” said Syverson. “We certainly respect and appreciate all their hard work and are fortunate we can provide a boost to their paycheck.”

Hobaugh noted that all district employees will see an increase in salary this year and that an additional $100,000 is being invested into extra-curricular salaries.

At Tuesday’s board meeting, the board of trustees voted to raise administrator salaries to the following:

Two of the administrators receiving raises are high school athletic director Nathan Begle and dean of students Stacey Begle, who were placed on administrative leave earlier this year.

In September, the board voted to allow the Begles to return to their positions.

The board went against the corporation administration’s recommendation to cancel the Begles’ teaching contracts.

The Begles were placed on administrative leave in July in connection with how they handled sexual misconduct allegations involving a teacher and a student.

Some have criticized school staff for failing to properly report the allegations.

At the time, board explained its decision to keep the Begles on staff in a statement to RTV6:

Board president Jim Diagostino has received criticism from the community for socializing with the Begles while they were on paid administrative leave.

Call 6 Investigates tried to speak with Diagostino at Tuesday’s board meeting, but he directed all questions to the district’s new paid communications consultant.

“It should be noted that the Begle and Diagostino families have been friends for over ten years, so it is not at all unusual that they would continue that friendship and socialize in public,” read a statement posted on the district’s website. “There is no district policy that addresses this; however, Mr. Diagostino did reach out to legal counsel in this regard and was assured there was no legal issue. That said, in the court of public opinion, perception is reality which we acknowledge.”

Call 6 Investigates spoke with Stacy and Mark Lewis of North Salem after they filed a tort claim on August 6 against North West Hendricks schools on behalf of their daughter, who is now a senior at Tri-West High School.