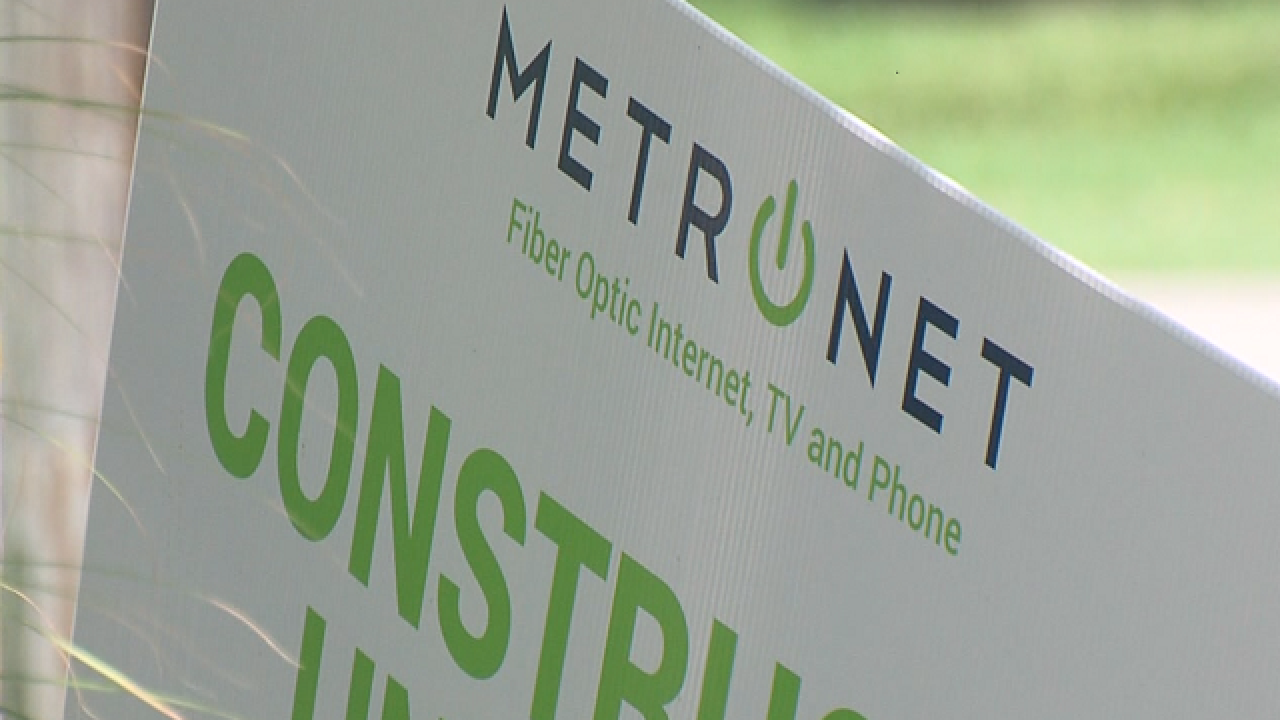 FISHERS, Ind. -- The City of Fishers is allowing Indiana-based internet and cable provider MetroNet to go back to work five months after the city issued a “no dig” order to the utility.

On Monday, the City of Fishers and MetroNet approved an agreement to allow the provider to resume work.

The utility has updated their safety practices, including improved training for its subcontractors.

“The updated safety plan follows the recommendations put forth by the Indiana Utility Regulatory Commission,” according to a city statement obtained by Call 6 Investigates. “The agreement provides that any breach of safety protocol may result in a stop work order. Metronet has expressed strong commitment to working with the City of Fishers to ensure the safety plan is followed.”

They must provide a 30 day notice to affected Fishers residents before entering their property, according to the agreement.

MetroNet has already resumed underground construction in Westfield and has the green light to work in Zionsville as well.

MetroNet and its subcontractors were investigated by the Indiana Utility Regulatory Commission amid 20 reports of damage to gas lines in Fishers and Carmel.

Following the gas line strikes, Fishers, Carmel and Westfield all ordered MetroNet and its contractors to stop digging.

MetroNet has since met with numerous city and state officials to assure them of their updated procedures.

A few of the enhancements to MetroNet’s safety plan:

MetroNet and its contractors are not yet allowed to get back to work in Carmel.

Carmel has hired an attorney to negotiate conditions before MetroNet is allowed to resume work in the city.

The Indiana Attorney General has filed a lawsuit against five of MetroNet’s excavators accused of performing work without proper authorization.

Curtis Hill’s office filed the lawsuit “to ensure compliance with the law” and is seeking a civil penalty in each case of up to $10,000.

The Attorney General’s lawsuit relates only to the licensing status of the excavators, and is not connected to pipeline damage caused by the contractors.