CALL 6: Columbus residents concerned about water after wells shut down 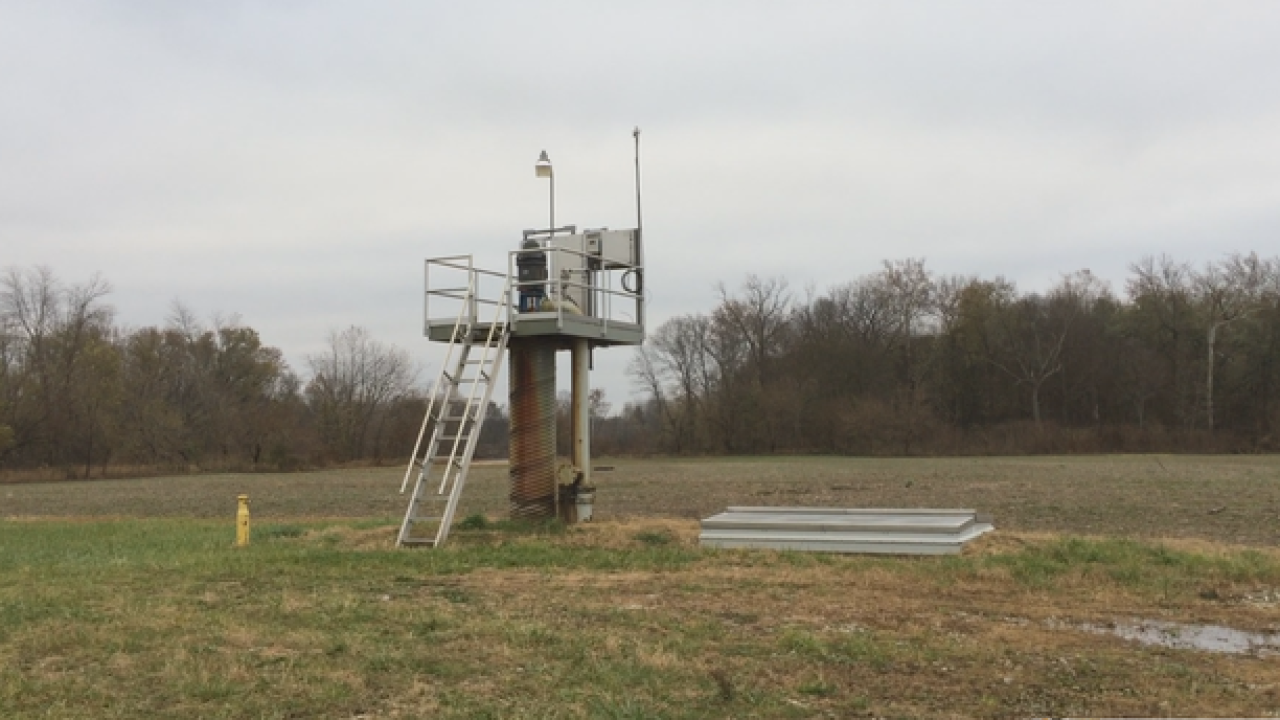 COLUMBUS -- People who live in Columbus are raising concerns about the safety of their drinking water after learning the city shut down two wells amid contamination.

Call 6 Investigates aired a report in September that raised questions about a man-made chemical found in the drinking water, a solvent known as 1,4 dioxane.

The Environmental Working Group, a non-profit that released a report on the contaminant in drinking water systems, says dioxane increases your risk of cancer.

Although the federal EPA and Indiana do not have specific drinking water limits for dioxane, EWG contends levels about .35 parts per billion are dangerous.

“I don’t drink from the tap,” said Dave Jones, a 30 year resident of Columbus. “I have a two-year-old daughter and an 11-year-old and to know this carcinogen is in the water, it’s not a good thing.”

Following Call 6 Investigates report, Columbus City Utilities tested its wells for 1,4 dioxane for the first time in four years and found positive results for wells 14 and 15, which are located in the southwest portion of the well field area near the White River.

In the recent tests in 2017, the untreated well water at the affected wells tested at 2.9 and 3.1 parts per billion, Reeves said.

The city shut down the wells and is now searching for the source of the contamination.

“That way we can do more study on the groundwater and the aquifer in the area,” said Keith Reeves, director of Columbus City Utilities. “We do not know the source of the contamination and that’s part of the ongoing investigation.”

1,4 dioxane is a byproduct of manufacturing and is found in many household products like shampoos, cosmetics, and laundry detergent.

The Winding Waters Group Sierra Club of Columbus suspects nearby groundwater contamination is to blame, including a site listed on the national “superfund” program.

“I definitely want to know where the source is and put a stop to it,” said Julie Lowe, chair of the Winding Waters Group Sierra Club. “There’s also a junkyard that sits right on the river and is very near our wells. We worry about why contaminants are allowed so close to our water.”

Lowe and other environmental groups are calling for the federal EPA to regulate dioxane, much like they do with lead and other contaminants.

“Dioxane is a really scary one,” said Lowe. “It’s a solvent, so they’re just now figuring out bad things about it. Kidney damage, liver damage, possibly carcinogenic. I believe it should be regulated and banned.”

“Mercury and lead and asbestos were all deemed safe at one point too and now they’re heavily regulated,” said Jones. “We need to get rid of it, especially in the levels we’re seeing in the wells here.”

Some federal lawmakers are already pushing for the chemical to be banned entirely from consumer products.

Director of Columbus City Utilities Keith Reeves said the city shut down the wells as a precautionary measure, and that water customers should know their water is and was safe to drink.

Since shutting down the impacted wells, water tests no longer detect the contaminant.

“I do not think there was any great risk,” said Reeves. “We have always met the drinking water standards.”

Reeves said the city’s long-range plans call for new wells, and they will take dioxane contamination into consideration.

“We want to make sure we’re putting the wells in a good spot that doesn’t make this problem worse,” said Reeves.

According to the Environmental Working Group at least seven states have set their own criteria for 1,4 dioxane:

You can’t taste, smell or see 1,4 dioxane in your drinking water.

If you’re interested in finding out if your water system has the contaminant, you can go to EWG’s national tap water database [ewg.org].

If you’re concerned about what’s in your drinking water, you can also request a water quality report from your water system.

The Indiana Department of Environmental Management does not conduct water tests for homeowners that checks for 1,4 dioxane, according to IDEM spokesperson Barry Sneed.

"It’s encouraging that the water utility took offline the two water wells that were contaminated with 1,4-dioxane at levels 10 times higher than the finished water. Identifying the source of contamination is critical to ensuring that water is not contaminated in the future.

Citizens should push to stay informed about the testing results and ask for continued monitoring to get an accurate picture of the contamination.

Sampling under the Unregulated Contaminant Monitoring Rule program only provided limited data and there is no requirement to continue monitoring for 1,4-dioxane.”