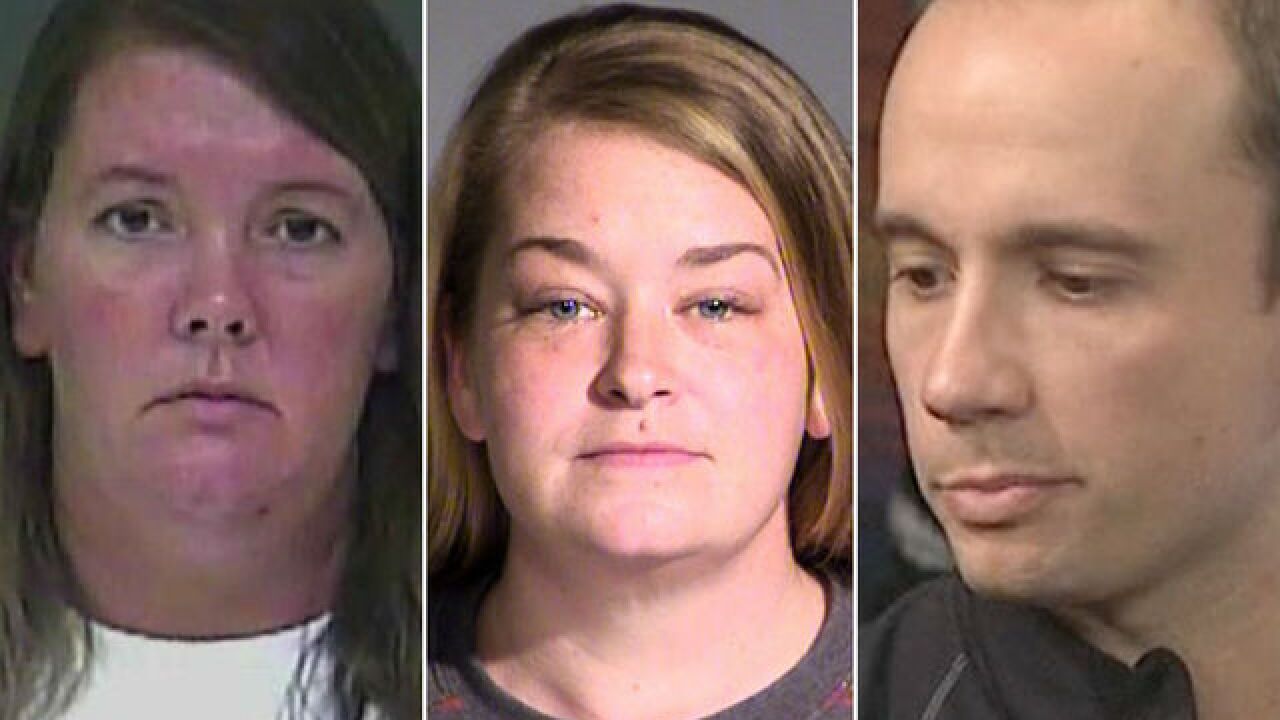 INDIANAPOLIS -- In light of several recent educator sex scandals, Call 6 Investigates is looking into what measures are in place to protect your children in the classroom from those accused of sexual misconduct.

Kisha Nuckols and Shana Taylor, both criminally charged with child seduction, still have valid licenses with the state of Indiana, records show.

In Indiana, you need a license if you have ongoing and regular contact with children in a public school district.

Nuckols served as a teacher’s aide and substitute teacher in the Mt. Vernon school district, and Taylor worked as a counselor in Indianapolis Public Schools.

Local school boards fired Nuckols and Taylor from their positions while the criminal charges are pending.
"Even if there hasn't been a conviction, the individual can be removed from the classroom," said Lisa Tanselle, general counsel for the Indiana School Boards Association. “School corporations are taking their responsibilities seriously when it comes to sexual misconduct.”

Indiana code says the Indiana Department of Education, on written recommendation from the superintendent of public instruction, may suspend or revoke a license for immorality, misconduct, incompetency or willful neglect of duty.However, Call 6 Investigates has learned IDOE has not taken any action against Nuckols or Taylor, and their licenses are valid.

“Yes, we can take action, but our stance is we want to let the criminal process work its way through," said Daniel Altman, communications director for the Indiana Department of Education.  “We can’t talk about specific cases, particularly while a case is pending.”

Altman said they do work with prosecutors once an educator is criminally charged.

“We ask that when they do any plea negotiations they include the license forfeiture in the plea as opposed to having to do a separate process that would put any additional burden on victims," said Altman.

If a teacher is convicted of child seduction, sexual misconduct with a minor or other offenses, IDOE is required to revoke the license.

“If an individual is found not guilty, they wouldn't have a criminal conviction that would show up on their record,” said Altman. “With something like that, it would have to be looked at on a case by case basis.”

Nuckols and Taylor are just two of at least 11 educators accused of misconduct with minors in Indiana since last year. Click the image below to see all of them: “I place a high value on the safety of our children,” said Hobson. “If there are serious allegations leveled against a teacher involving sexual misconduct with a student, have the license suspended until the investigation is completed.  The primary objective is to protect students.”

Hobson said school districts across the country are guilty of “passing the trash,” or essentially agreeing not to call the police or putting the misconduct in the teacher’s personnel file.

“That teacher then goes to find an employment opportunity with another school,” said Hobson.

Call 6 Investigates checked to see if the state has taken action against his license.

However, Cox did not have a teaching license, according to a school spokesperson.

Cox resigned from the school on Dec. 15. The school allegedly allowed Cox to take a school computer off of school property and remove "personal" files from it. He returned the computer the next day.

That same day, the school signed a confidentiality agreement with Cox which, among other things, prohibited him from talking to any Park Tudor students and from discussing the reason for his resignation.

A new Indiana law goes into effect July 1 that limits confidentiality agreements, helping schools to share sexual misconduct information with other schools.
“It’s a significant safety net for superintendents who maybe don’t know what to say to the next employer,” said Tanselle. “I think it’s an example of the General Assembly stepping in and saying ‘no, you will provide this information.”
A legislative summer study committee is also expected to look at ways to improve the reporting of sexual misconduct violations in schools.

“A teacher’s license should be revoked if convicted of misconduct. Period,” read the statement. “A hearing must be provided for anyone who is threatened with license revocation and many people who have committed a crime do not challenge the license revocation.”

“It sends a horrible message,” said Hobson. “People need to be held accountable.”

Call 6 Investigates is gathering interviews, including the Indiana Department of Education, and will have a full report tonight at 6:00.