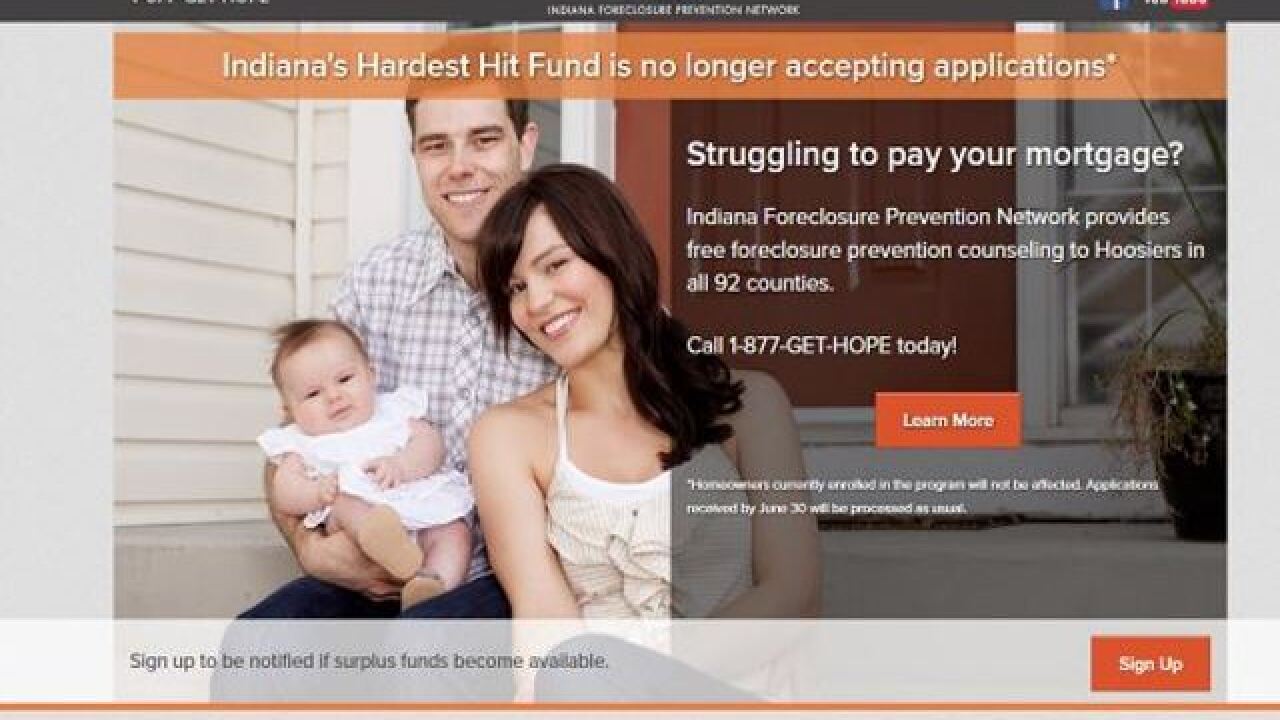 “After 6 years, the Hardest Hit Fund has helped only 9,127 Indiana homeowners and 33% of TARP dollars have not been spent,” read the report. “The Indiana state agency lowered the number of homeowners it estimated helping with HHF from 16,257 homeowners, as it shifted more TARP funds to demolition.”

The Hardest Hit Fund is just one of several programs under TARP, which was created to implement programs to stabilize the financial system during the financial crisis of 2008. The Indiana Housing and Community Development Authority is the state agency who administers the Hardest Hit Fund.

IHCDA spokesperson Brad Meadows said on August 25 the agency would be open to providing an on camera interview to Call 6 Investigates.

Then on September 6, Meadows sent an email indicating the agency would not meet with RTV6 for an on camera interview, saying it would create confusion to focus on “incomplete SIGTARP findings.”

Meadows said Indiana did not misuse funds, and accomplished its goal in helping Hoosiers avoid foreclosure.

Meadows also pointed out that the Treasury has required Indiana and other Hardest Hit Fund states use all of their funds by the end of 2020.

“Understanding that we offer up to 24 months of mortgage payment assistance to our qualifying homeowners, we knew that the last possible date we could accept applications was December 31, 2018,” said Meadows in an email. “So while we had to stop accepting applications 18 months early – which many other HHF states have had to do as well – it was not because of an alleged misuse in funds. It was that we were able to quickly and efficiently identify and help families most in need of assistance to remain in their homes.”

The latest numbers show the Indiana Hardest Hit Fund has provided nearly $145 million to 9,439 Hoosiers in all 92 counties.

“Because we have been able to help so many families, and this funding is limited, as of June 30, 2016 we are no longer able to accept applications,” said Meadows in an email to RTV6. “With that said, we are committed to assisting the homeowners currently enrolled in the program and providing free foreclosure prevention counseling to Hoosiers that are still facing foreclosure in Indiana.”

The federally funded program in 18 states and the District of Columbia provides help to struggling homeowners through modification, mortgage payment assistance and transition assistance.

Call 6 Investigates received an email from a concerned citizen who said the state did not do enough to notify Hoosiers about changes to the program.

“That leaves Hoosiers missing what could be vital assistance in keeping their homes,” read the email from the concerned citizen. “This cut-off date was not publicized in advance through the program's website or through the Indiana Housing and Community Development Authority (IHCDA), which oversees the program.”

The agency’s website now shows it will no longer accept new applications.

Meadows said while they did give the public advance warning, they did said they did provide notice to housing counselors, so they could ensure applications were submitted prior to the deadline.

According to MIBOR Realtor Association, the number of foreclosed homes in inventory is at its lowest level since 2004.