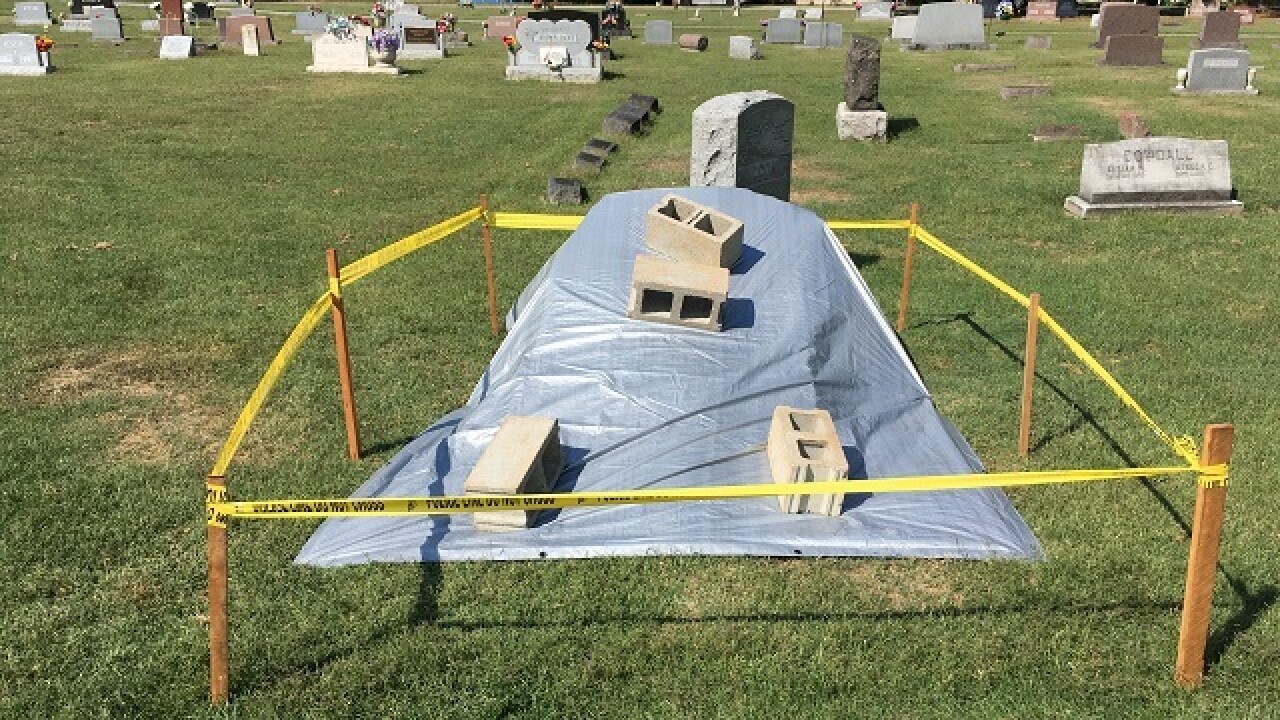 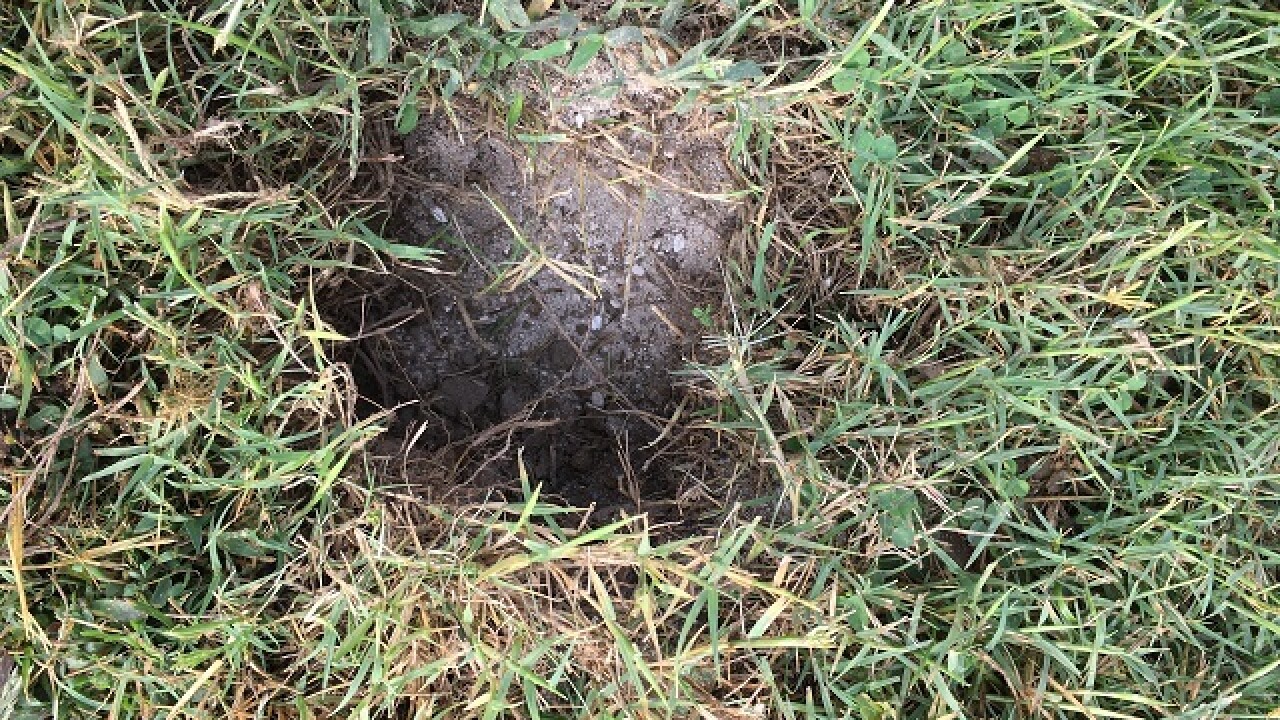 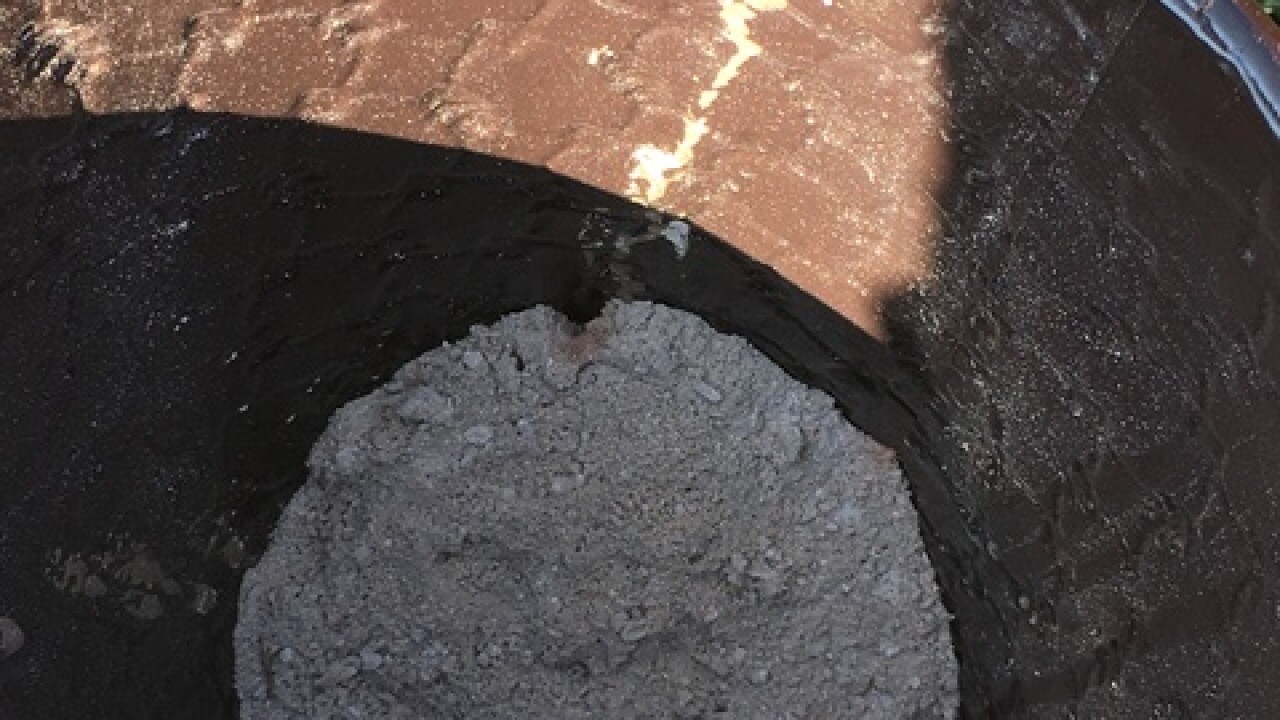 SPENCER, Ind. -- Spencer police have determined someone illegally dumped human remains on a grave site inside a cemetery, and now the workers are asking criminal charges to be filed against the person who did it.

Riverside Cemetery Caretaker Dennis McKee discovered the remains when he saw flowers on a grave and went to pick them up.

“I saw the ashes underneath the flowers, with a hole, and human remains in the hole,” said McKee. “I pulled the flowers out and the rest of the ashes were in the vase.”

McKee said they have to follow state laws and regulations when it comes proper disposal of human remains, whether it’s a casket or ashes.

“At first, it kind of made me mad,” said McKee. “You have to have a minimum of two feet of dirt on top of any human remains. We also need records of who is in the ground whether it be a cremation certification, a death certificate or a burial transit permit which authorizes you to take your remains to a cemetery or funeral home.”

The cemetery contacted Spencer police, who came out and investigated.

“It’s the first time I’ve seen this in my career,” said Spencer Police Chief Richard Foutch. “Twenty seven years, and I’ve never seen anything quite like this one.”

Spencer police had a funeral director check the remains, and confirmed they were human bone fragments.

Police told Call 6 Investigates they know who did it, and said the woman admitted to digging a hole and spreading her mother’s remains because she thought the fee was too much.

Foutch said they sympathize with both the grieving family and the cemetery who now has a tarp covering the grave site and human remains.

“Anytime someone breaks the law, it’s a concern of ours,” said Foutch. “We don’t write the laws, we enforce the laws.”

The police report shows the woman has done this at another cemetery in Indianapolis, and that she did not believe she had done anything wrong or had broken any laws.

Spencer Police forwarded their report to the Owen County Prosecutor, who has not filed any criminal charges.

Cemetery workers and board members said they know who did it too, because just days before they got a call from someone asking if they could put remains in that same location without paying.

"You can't just come into a cemetery and bury somebody just because you want to without going through the proper procedures," said Fred Drescher, a board member with Riverside Cemetery.  “We’re not sure whose remains are in there, because we have no paperwork.”

Drescher contacted Call 6 Investigates in the hopes of exposing the issue.

“Laws were broken and no one wants to do anything about it,” said Drescher.

Call 6 Investigates reached out to the woman police and cemetery workers said is responsible, and she did not return our calls and emails.

The Owen County prosecutor didn’t get back with us either, despite numerous attempts to find out if the case is still under investigation.

“With cremation now being preferred by more people with each passing year, the frequency of this happening is certainly going to increase placing cemeteries in very difficult positions of not knowingly caring for remains in perpetuity,” said Clayton. “Although a crime as described by the statutes of Indiana, the likelihood of prosecution to date has been minimal to non-existent when these cases occur. I can only speculate much has to do with the tremendous caseload our county prosecutors have already under their jurisdiction, especially with the growing opioid epidemic.”

Riverside Cemetery is a nonprofit with more than 8,000 head stones, and the simple burial of ashes typically costs about $400.

They hope to spread the message that you should not use a cemetery as a dumping ground for human remains.

Workers will keep the tarp over the grave site and human remains until they get a court order that they can be removed.