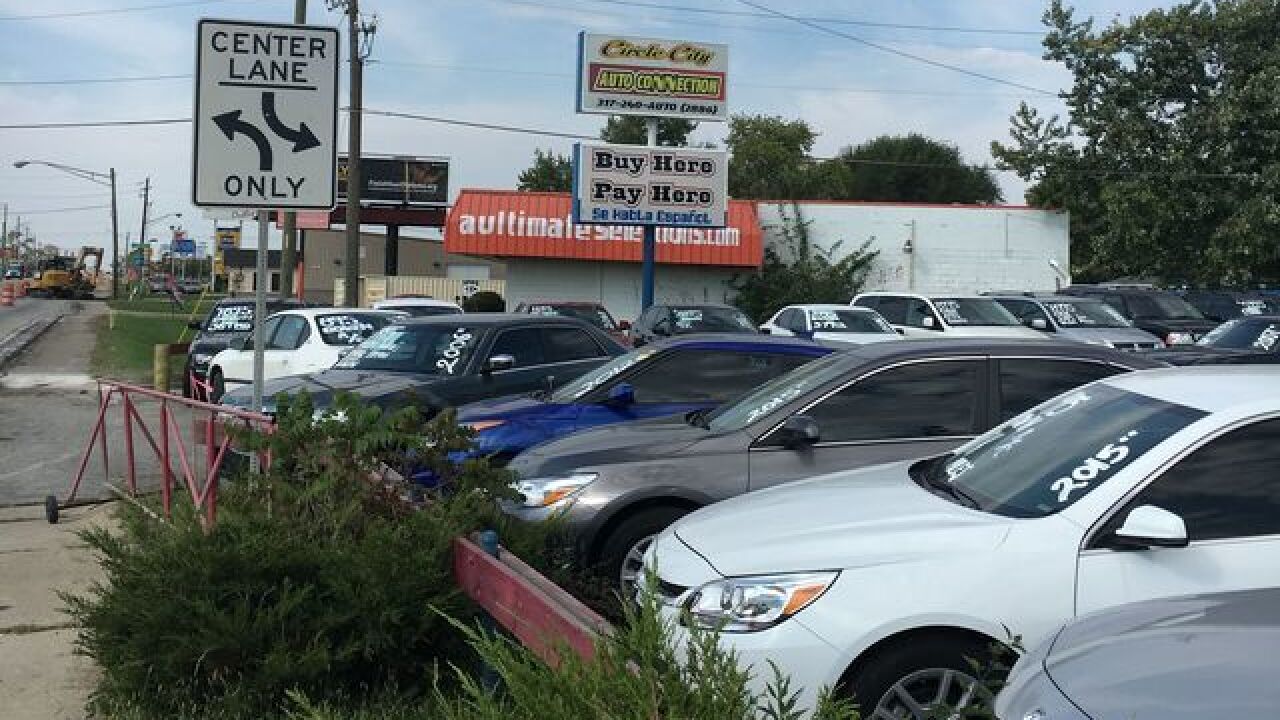 Amy Lair and Brandi Pierson are accused of underreporting more than $8.29 million in sales at those dealerships.

According to the Marion County Prosecutor's Office, both have agreed to plead guilty to the charges and pay $281,346 from seized funds to the state for unpaid sales taxes.

Businesses have a duty to collect, hold in trust, and remit sales tax to the Indiana Department of Revenue.

An attorney for the dealership, Mario Garcia, said Lair and Pierson are cooperating.

“We have been working cooperatively with the prosecutor's office to investigate what tax payments may be owed,” said Garcia. “We look forward to reaching an amicable resolution to the matter.”

The auto dealerships are allowed to continue operating, according to Valerie Warycha, spokesperson for the Indiana Secretary of State’s office.

“We will not be taking action based on the filed charges until there is some sort of conviction, whether that is through a trial or plea agreement process,” said Warycha. “We need the defendants to be found guilty of violating the law as they have been charged and then we will take action against the licenses of those who have been convicted.”

Police removed boxes of documents and computers, inspected vehicles and spoke with employees at both car lots.

Empire Auto on Madison Avenue was previously known as Circle City Auto Exchange until they closed and reopened under a new name, records show.

Call 6 Investigates exposed the car lot in 2015 for failing to disclose a car’s crash history.

Call 6 Investigates has spoken with more than a dozen customers of Circle City Auto over the past year and a half, some of whom have filed complaints with the Indiana Secretary of State’s office.

The Secretary of State’s Office said it can help alleged victims with title delivery and dealer complaints. They can be reached at 317-234-7190.

Empire Auto’s incorporator is listed as Kiona Waters, and the registered agent is Brandi Pierson.

Pierson is a manager at Circle City Auto, according to the lawsuit filed by the Indiana Attorney General.