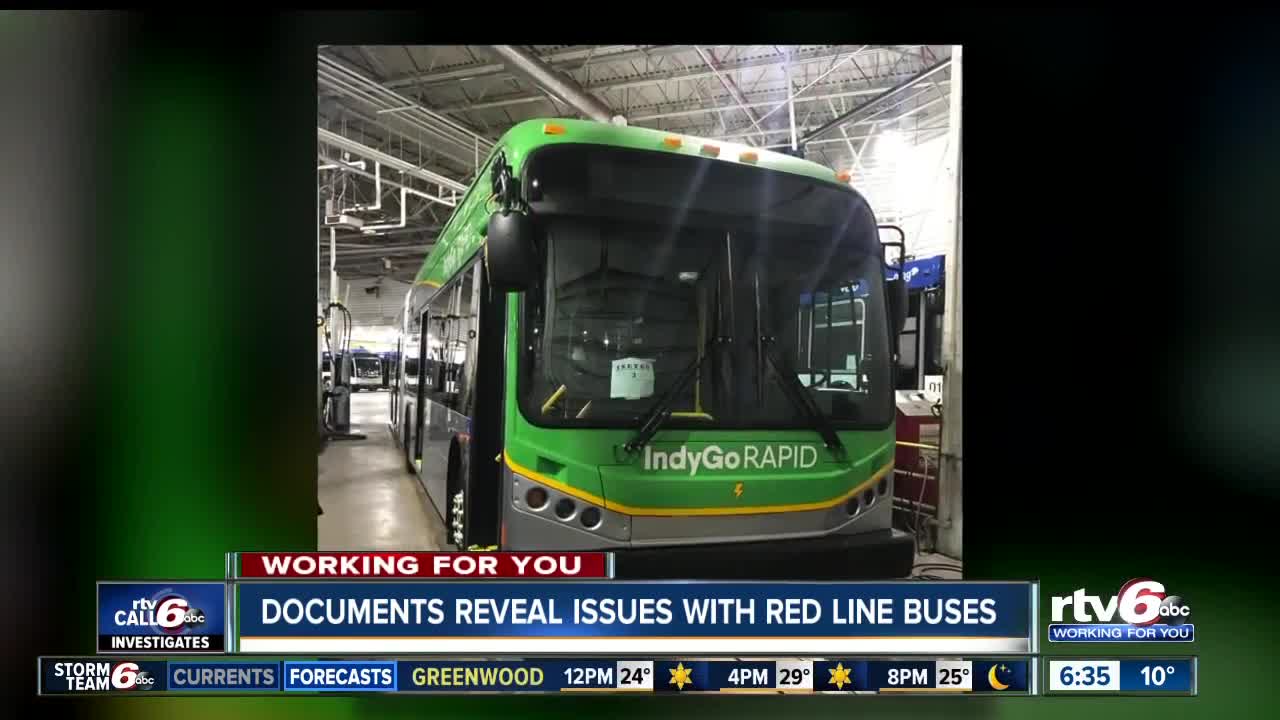 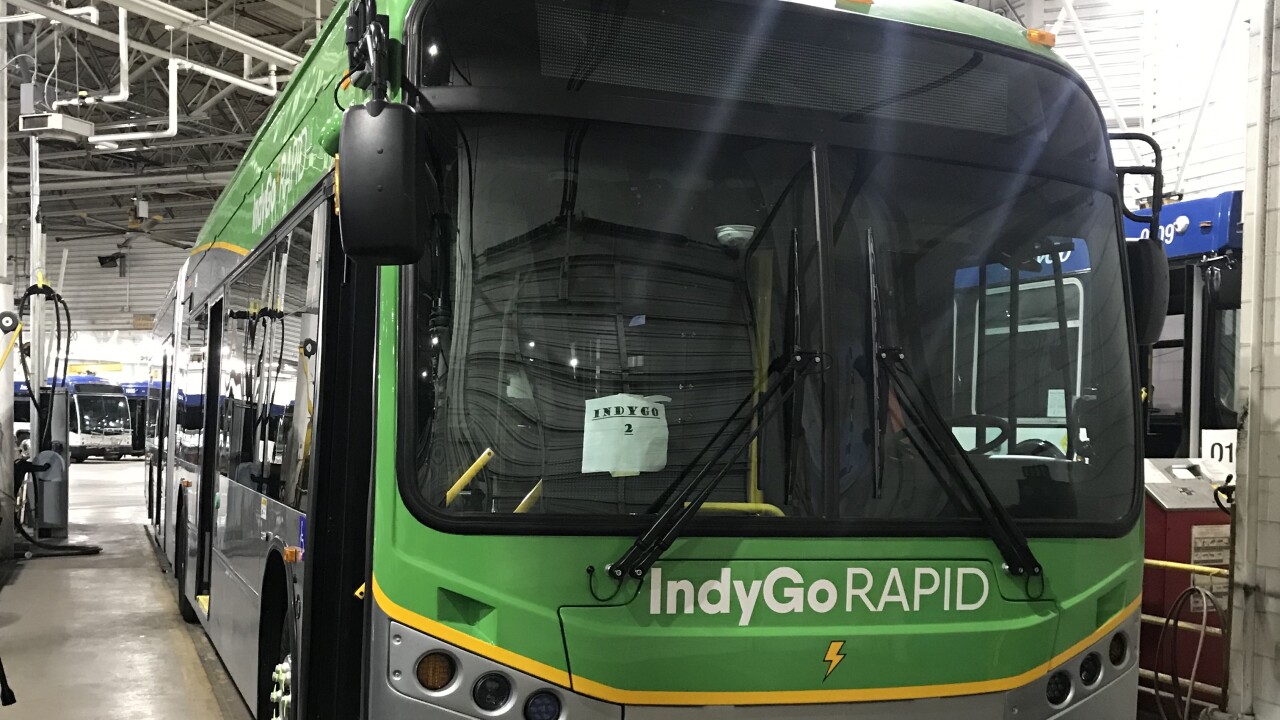 INDIANAPOLIS — New questions are being raised about the IndyGo Red Line Project after documents and photos provided to Call 6 Investigates reveal issues with the electric buses being purchased for the Bus Rapid Transit project.

The 60-foot electric buses are being built in California by Chinese-based bus manufacturer BYD. They won the contract in 2017 to provide their new K-11 fully electric bus for Indianapolis' massive bus rapid transit. Each one rings in at just under $1.3-million dollars each.

But now internal documents provided to Call 6 Investigates show that the buses are falling short.

Part of the original requirement for the buses on the Red Line was that they could have a range of 275 miles without needing to be plugged in, as laid out in the Request for Proposal documents for the buses in 2016. That's about 10 round-trips on the 13.1-mile Red Line Route.

But now photos provided to Call 6 Investigates are raising questions about if the buses are even capable of reaching that range.

Those photos show a sticker inside the bus that shows a battery range of just 200 miles. 75 less than what's required as part of the contract. The sticker also shows the bus model number, type, weight and other vehicle information.

According to the documentation, the tests were run on the first bus received from BYD. IndyGo received the bus back in September 2018 so they could test it, as well as train drivers and maintenance staff.

In the 14 tests completed between October and January, the range average 205 miles, 70 less than the required amount by the Red Line contract. In the tsting, the furthest the bus traveled was 256 miles and the shortest distance was 178 miles.

We went to IndyGo with questions about the range and the testing they've completed.

"IndyGo only has completed some testing on its first vehicle. So far we have definitely noticed less range performance with colder weather," IndyGo's Vice President of Public Affairs & Communications Bryan Luellen said in a statement to Call 6 Investigates. "We will be continuing to work with the manufacturer. We have contractual protections and commitments from BYD to ensure the vehicle will work for our operation."

Concerns with buses were raised by the community back in November, when the City of Albuquerque experienced continued issues with the same model of buses from BYD on their bus rapid transit project and were eventually returned to BYD.

Then back in Early Feburary, Questions were also raised at a IndyGo Board of Directors meeting about the delayed delivery of buses. At the time, IndyGo had only received one bus, but were expecting to have more in their possession by the start of 2019.

Call 6 was told by IndyGo they would have five in their possession by March 1st, but so far they only have received one additional bus from BYD. IndyGo tells RTV6 they expect to recieve more buses over the next few weeks.

"We expect more information soon with additional vehicles coming in for testing and continued collaboration with the vendor," Luellen said.

Call 6 also reached out multiple times to the bus manufacturer, BYD, over the past few days. None of our calls were returned.