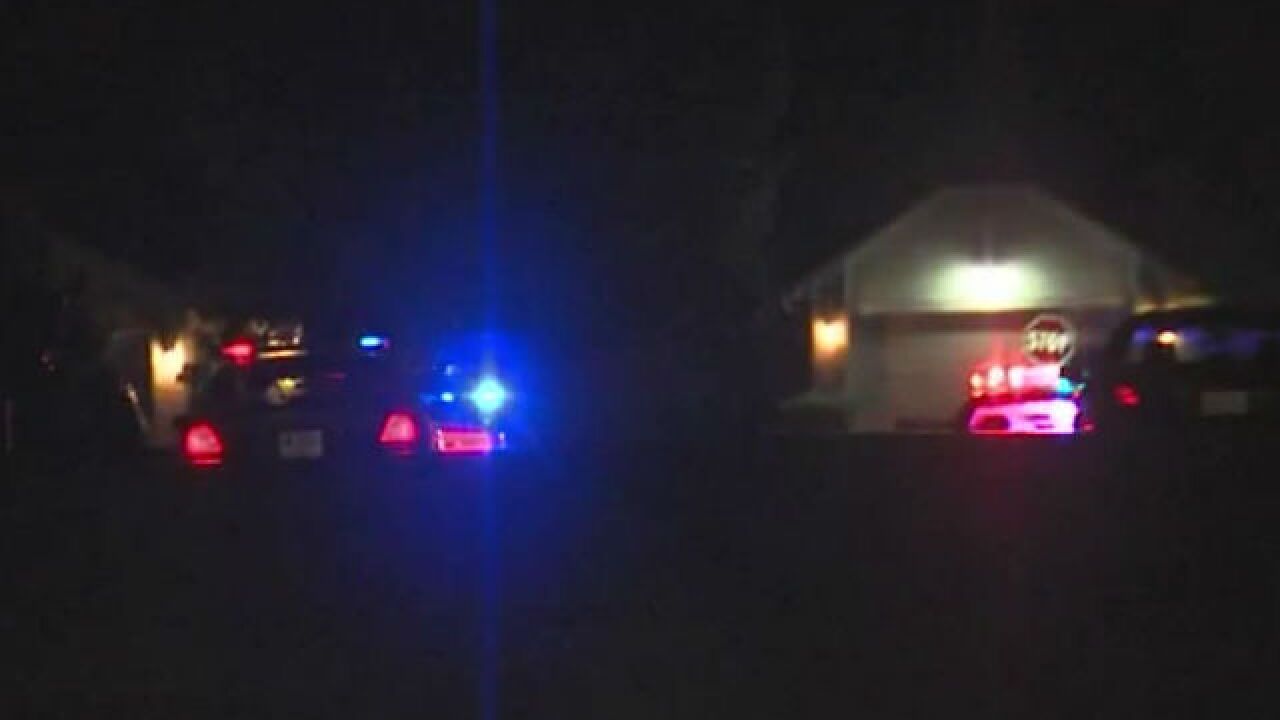 INDIANAPOLIS -- The man shot by an IMPD officer thought he was confronting the suspect that tried to carjack his wife's car, but it was actually a responding police officer, police sources tell Call 6 Investigates.

A man called 911 at 4:34 a.m. Tuesday morning to report his wife had been the victim of an attempted armed carjacking in their home's driveway. While the man was on the phone with dispatchers, officers were simultaneously dispatched to their home, according to police radio recordings obtained by Call 6 Investigates.

He told dispatchers that a man with a gun approached his wife's car and tried to rob her, sources say.

Listen to the full 911 call from IMPD's side below:

The 911 call was hectic as he was trying to get information from his panicked wife and relay it to the dispatcher.

The man repeated "calm down" and "it's OK" to his wife multiple times throughout the call as she communicated information.

Throughout the call, multiple officers responded and dispatchers told those officers the suspect was last seen in a black car at the home.

Officers were unaware that the black car still sitting in the driveway when they arrived was actually the woman’s car.

The man was on the phone with 911 for more than three minutes. At the end of the call, the man was heard saying, "Is that him?" before the line was disconnected. Dispatchers tried to call him back multiple times, but he didn't answer.

At the same time IMPD officers arrived at the home and saw a black car in the driveway with its lights on. At this point, officers believed this was the suspect's car and they started looking for him.

A few moments later, the man came out of the garage with a gun in his hand and police fired shots, sources said. At a press conference Tuesday afternoon, IMPD said they shot the man once in the stomach.

IMPD said they approached the scene without sirens, tactically, with their weapons drawn based on the circumstances of the 911 call.

Police believe the man thought a responding officer was actually the suspect and he went outside to confront him with a gun.

Sources say it's unclear if the officers yelled out, "Police!" or told him to drop the gun before firing. On the original 911 call and police traffic about the incident that were played at a press conference Tuesday afternoon, no audio was played back that revealed this, and IMPD said that exchange was not available on any of the recordings.

IMPD identified the homeowner Tuesday evening as 48-year-old Carl Williams, of Indianapolis. The officer was identified Officer Christopher Mills, a nine-year veteran of the East District.

Per department policy, IMPD's Internal Affairs Unit and the Critical Incident Response Team have opened two separate investigations into the shooting. As with all police shootings, Mills has been placed on administrative duty while the investigation is completed.

"It was a very tragic, unfortunate situation that happened this morning," said IMPD Major Richard Riddle.

Anyone with information about the robbery suspect described as a black male, light complexion, wearing a red and white jacket and a dark colored ball cap is asked to call Crime Stoppers of Indiana at (317) 262.8477 or TIPS. He is believed to be armed with a long rifle.

The Indianapolis Metropolitan Police Department extended its collective thoughts and prayers with the man as he recuperates from his injuries. Members of the Command Response Team remain available to provide the family comfort and understanding during this difficult time.