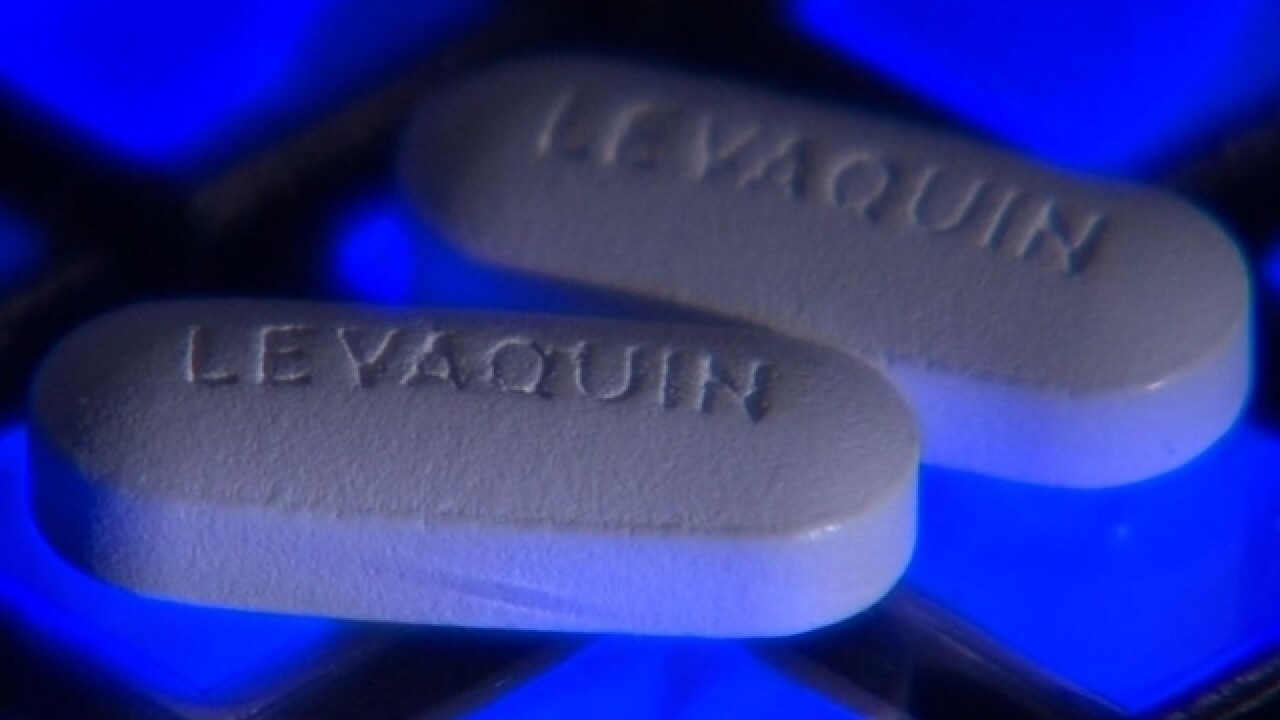 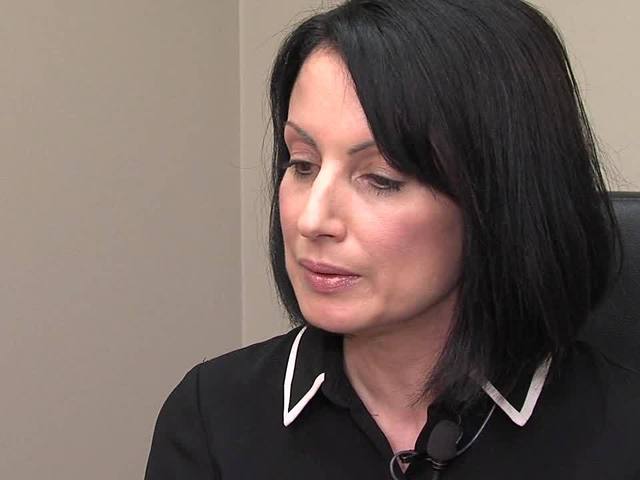 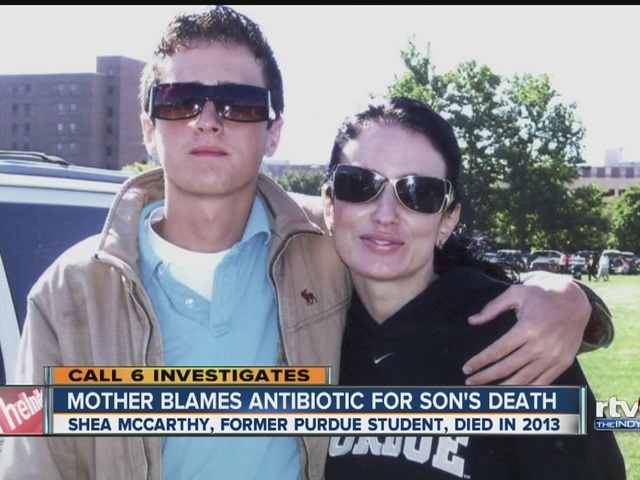 INDIANAPOLIS -- An Indiana mother is pushing for change at the national level after losing her son, a Purdue University student, in what she believes is a drug-induced death.

“Shea was definitely his own person, he was an individual, he was very gifted in the arts,” said Heather McCarthy. “His dream was to go on campus to Purdue.”

After his freshman year at Purdue University, Shea decided to have surgery for a deviated septum.

“We just considered it a minor surgery,” McCarthy said.

Up until that point, Heather said her son had no major health problems, aside from asthma when he was a child.

Prior to the surgery, the doctor prescribed 30 days of a powerful antibiotic, Levaquin, records show.

Levaquin is the brand name for levofloxacin, which is part of a class of drugs called fluoroquinolones, intended to treat major infections like pneumonia, anthrax exposure, plague and urinary tract infections.

GALLERY | The 50 most dangerous drugs on the market

“He didn’t even have an infection,” said McCarthy. “This was just to prevent an infection from happening. It’s like taking a cannon to kill a mosquito.”

Heather said her son started acting strangely after taking Levaquin, and told doctors, friends and family he thought the drug was to blame.

“He thought it was messing with his mind, he was having heart palpitations,” McCarthy said. “He really believed it was this medication causing this.”

Shea quit taking the medication, but the side effects still lingered, according to his mother.

“He went back to campus, and started having these anxiety attacks,” McCarthy said. “In all the doctors’ visits, he’s saying ‘I think I had a reaction to this drug.’  He got depressed.”

A 2014 citizen petition to the U.S. Food and Drug Administration raised concerns about the psychiatric effects of Levaquin including depression, anxiety, and confusion that can start “days, weeks, or months after the last dose.”

The citizen petition requested the FDA add a black box warning on the Levaquin label for “serious psychiatric events,” but the FDA has not yet required that language on the label.

Shea’s anxiety got so bad, he dropped out of school and ended up in the mental health system, where doctors prescribed him more drugs for bipolar disorder.

“I don’t believe he had bipolar disorder,” McCarthy said. “He was a faint shadow of who he was.  He began to completely isolate himself, and he wasn’t going out in public.”

On Oct. 23, 2013, Shea jumped out of a second story window, got in his car, and crashed into a cement embankment.

“It was a moment, I believe, of sheer agitation and anxiety and I believe it overcame him,” McCarthy said. “Everything just collapsed for our family. It was just a nightmare.”

Call 6 Investigates obtained the FDA database of adverse reactions to Levaquin and found more than 31,000 complaints since 2010, including 179 reported deaths.

Hundreds of patients complained of depression and anxiety, according to the database. 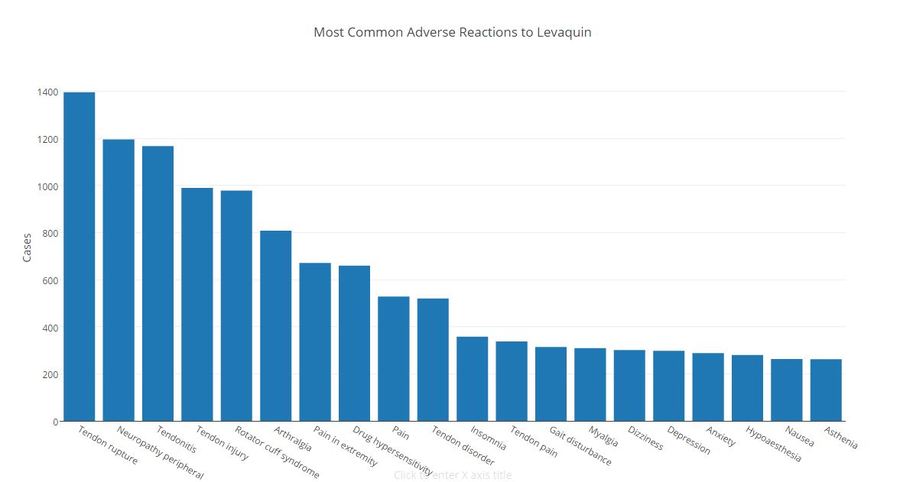 Critics of the drug, however, estimate 15,000 deaths related to Levaquin since 1997. 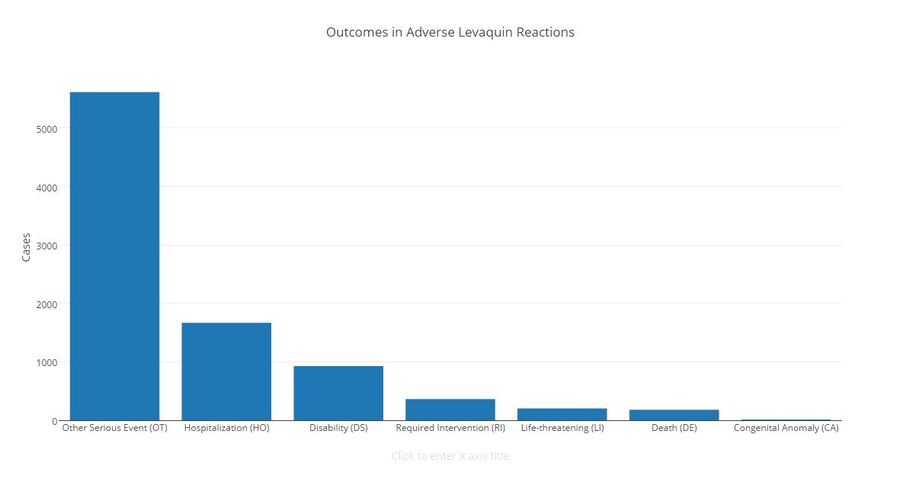 Fluoroquinolones already have a black box warning for tendon rupture, but there’s a push for even more label warnings.

Heather McCarthy testified in November 2015 before an FDA advisory panel convened to talk about fluoroquinolones.

She said it was shocking to hear similar stories of people impacted by the powerful antibiotics.

“People don’t make this stuff up,” McCarthy said. “This drug has had a horrific impact on lives.”

“Too often, these drugs are prescribed for illnesses that don’t require an antibiotic,” said Michael Carome, director of Public Citizen’s health research group. “The FDA should consider making labeling changes and we hope they will do that sooner rather than later to protect public health. It shouldn’t take that long to get important labels on drugs.”

“The concern I have is, are they being used appropriately,” said Feldman.

“Possibly I would use it to treat urinary tract infections, possibly pneumonia,” said Feldman. “I’m sometimes amazed (the medical community) will use fluoroquinolones as a routine antibiotic, when it really ought to be stepwise. That’s always been my approach.”

He said the public needs to keep in mind that all medications have side-effects.

Feldman also said people need to keep in mind that side effect figures reported to the FDA can be deceiving.

A voice for her son

In addition to testifying in Washington D.C., Heather McCarthy has filed a lawsuit in Lake County against the doctors who treated Shea, alleging they ignored her son’s assertion that Levaquin caused his mental health problems, and that the doctors were inflexible in their treatment of her son.

“The hardest thing about this is my son knew what was wrong with him, and no one listened to him,” McCarthy said. “It breaks my heart. We put faith in a system that failed us horribly.”

The doctors’ attorneys did not respond to requests from Call 6 Investigates for comment.

Heather’s mission is to be her son’s voice and tell everyone about the side effects of fluoroquinolones.

Alleged victims of the antibiotics filed a lawsuit accusing former FDA commissioner Margaret Hamburg of profiting off the drugs despite debilitating side effects.

Hamburg declined an interview with Call 6 Investigates, but her attorney did release the following statement:

“Mr. Klayman's allegations against Dr. Hamburg and Dr. Brown are patently false.  There is no factual or legal basis for the lawsuit he has filed, and we are confident the court will dismiss his claims in their entirety.  For nearly six years, Dr. Hamburg served alongside her FDA colleagues to help protect the health and safety of the American public.  Mr. Klayman's accusations concerning the work of the FDA are reckless and offensive.”

The FDA declined our request for an on-camera interview about fluoroquinolones.

The agency did, though release this statement to Call 6 Investigates:

“In November, the FDA convened an advisory committee meeting to receive expert scientific advice regarding  the benefits and risks of systemic fluoroquinolone antibacterial drugs for the treatment of acute bacterial sinusitis, acute bacterial exacerbation of chronic bronchitis and uncomplicated urinary tract infections.  This included a discussion of the data regarding the benefit of these products to treat these conditions as well as the adverse effects of the drugs.

This meeting provided valuable information and perspectives to help inform the FDA’s decision-making processes. The FDA plans to consider the input from committee members and the public from the advisory committee meeting and determine what future actions may be appropriate.

This is an important issue for the Agency. The FDA will keep health care providers and the public informed of new information regarding the use of systemic fluoroquinolones to treat acute bacterial sinusitis, acute bacterial exacerbation of chronic bronchitis and uncomplicated urinary tract infections.

Information for consumers and health professionals on new drug warnings and other safety information, drug label changes, and shortages of medically necessary drug products can be found on the FDA’s drug safety and availability website here: http://www.fda.gov/Drugs/DrugSafety/default.htm

Healthcare professionals and patients are encouraged to report adverse events or side effects, product use errors, product quality problems, and therapeutic failures to the FDA's MedWatch Safety Information and Adverse Event Reporting Program:

Janssen, the makers of Levaquin, also released a statement to Call 6 Investigates:

We believe the existing labeling appropriately reflects the current understanding of the safety and efficacy of the fluoroquinolone class. We continue to discuss and collaborate  with FDA in relation to the Committees’ recommendations and to any additional steps to continue to support the safe and appropriate use of fluoroquinolone antibiotics.