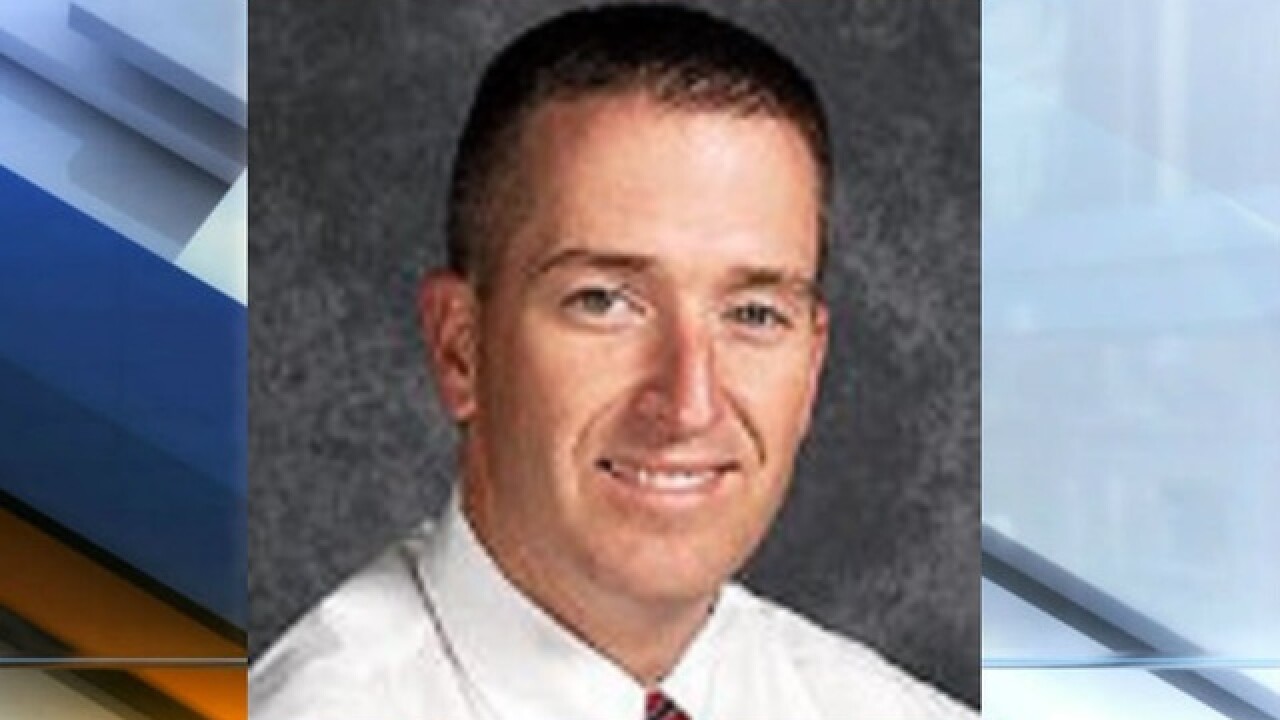 FORTVILLE, Ind. – An attorney representing Mt. Vernon Middle School Principal Scott Shipley says his client had no obligation to report child abuse allegations because the student was 18 years old when he learned of the allegations.

He is charged with one misdemeanor count for failure to report allegations of child abuse surrounding former teacher’s aide and substitute teacher, Kisha Nuckols.

Indiana law requires school officials to immediately report allegations of child abuse and neglect to either the Indiana Department of Child Services or police.

In court documents filed earlier this month, Shipley’s attorney John Tompkins said the duty to report only arises when the potential victim is a child when the official learns of the possible abuse.

According to the probable cause affidavit, a counselor informed Shipley on March 12 about rumors regarding Nuckols.

The victim, identified in court documents as Q.P, was 18 years old on March 12, according to Tompkins filing.

Q.P. did not turn 18 until December 2015, but the sexual encounters started in October or November of 2015, according to the probable cause affidavit.

Nuckols admitted to having sex with Q.P. when she knew he was 17 years old and that the relationship was wrong, records show.

Nuckols isn't the only Indiana educator accused of inappropriate conduct with minors. Nearly a dozen others have faced similar charges since 2015. Click the image below to see more: Shipley said he didn’t feel any students were in imminent danger due to school not being in session for spring break.

According to Mt. Vernon’s bylaws, “each staff member employed by this Corporation shall be responsible for reporting immediately every case, whether ascertained or suspected, of abuse, abandonment, cruelty, or neglect resulting in physical or mental injury to a student by other than accidental means.”

Scott Shipley is still employed as the Mt. Vernon Middle School principal, according to the district’s website.

Hancock County prosecutor Brent Eaton said he plans to answer Shipley’s filing about the alleged victim being 18 at the time he learned of the allegations, but Eaton declined to go into detail.

He said the issue would likely not come up until a hearing on August 12.

It’s unclear if Shipley will appear in court Thursday for his pretrial conference.