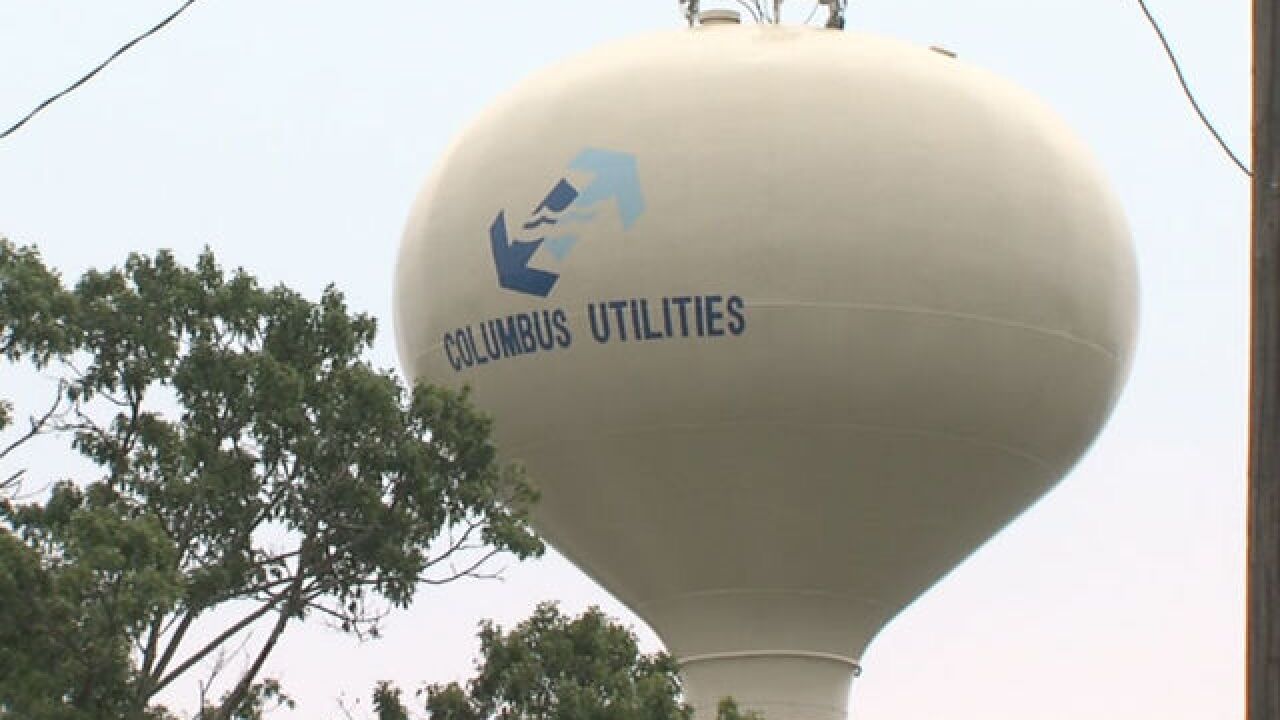 COLUMBUS, Ind. -- A newly released report from a national, non-partisan environmental group is raising concerns about the drinking water consumed by more than 21,000 customers in Bartholomew County.

The non-profit Environmental Working Group (EWG) released a report Wednesday which showed an industrial solvent, classified as a likely carcinogen, was detected in drinking water supplies for nearly 90 million Americans in 45 states.

The chemical, known as 1,4 dioxane, was found in higher than recommended levels in five Indiana water systems including two in central Indiana-- the City of Columbus and Southwestern Bartholomew Water, according to data analyzed by EWG.

The EPA’s recommended level is considered 0.35 parts per billion, which is a level also endorsed by EWG as a benchmark to protect public health.

“Anything above that level increases the risk of cancer,” said David Andrews, a senior scientist with the Environmental Working Group. “In animal studies, there’s clear evidence of tumors caused by ingestion of 1,4 dioxane.”

Records show in 2013, water at the Columbus Municipal Utility and Southwestern Bartholomew Water measured at 0.482 parts per billion.

“These levels are slightly elevated,” Andrews said. “I’d be very concerned about this contaminant, and it’s something I’d definitely monitor.”

The Columbus utilities participated in a one-time national program which tested for unregulated contaminants between 2013 and 2015.

“It’s very likely in most of the locations across the country that this contamination is ongoing,” Andrews said. “We just don’t have any data at this point.”

The U.S. Environmental Protection Agency currently has no requirement for water systems to continue testing for the chemical.

There’s also no enforceable, legal limit for 1,4 dioxane either, which means the federal government can’t require water systems to reduce the concentrations or even continually test for the chemical.

“It’s really quite concerning that the most recent test results for many systems are outdated,” Andrews said.

The City of Columbus has 18,256 water accounts and Southwestern Bartholomew has 3,079 accounts.

Southwestern Bartholomew Water purchases all of their water supply from the city utility.

In an emailed response, Reeves said the utility would be running new tests to determine if, or to what extent, the issue persists.

Reeves pointed out they are in compliance will all currently regulated contaminants for drinking water.

STATEMENT FROM CITY OF COLUMBUS AND SOUTHWESTERN BARTHOLOMEW WATER

“It should be noted that Dioxane is not a regulated contaminant for drinking water under either EPA or Indiana drinking water regulations, so it is not tested for on a regular basis.  Dioxane is a very common chemical that is regularly found in the atmosphere.  It is mostly caused from the burning of fossil fuels, and is regularly used in toothpaste, cosmetics and detergents, all of which get recycled back into the water supply during their use.  For example, Dioxane levels of 85 ppm are found in children’s shampoo, an exponentially higher level than that found in the drinking water during this particular test.

In 2013, Dioxane was one of 20 contaminants tested for nationally under the Third Unregulated Contaminant Monitoring Rule [UCMR 3].  The EPA uses the UCMR to collect data for contaminants that are suspected to be present in drinking water and do not have health-based standards set under the Safe Drinking Water Act. This data is then used as new regulations are considered.

The Columbus City Utilities participated in this program, as do all public water utilities with more than 10,000 customers, and did have reportable results for Dioxane, which is referred to in the EWG report.

Most important to this discussion, it should be noted that no action levels or limits have been established by the EPA or the Indiana Department of Environmental Management with regard to Dioxane. Until such guidelines are set by the EPA and IDEM, the City and Southwest Bartholomew Water have no basis on which to indicate “safe” versus “unsafe” levels.

The Columbus City Utilities and Southwest Bartholomew Water are committed to providing quality water to its residents. They are in compliance with all currently regulated contaminants for drinking water and will take any action necessary in the future to remain fully compliant.”

The Environmental Working Group recommends water customers in Columbus push for more answers from their utilities, city leaders and the EPA.

“I see these results as a call for action and a call for people to focus and learn more about the contaminants in this report like 1,4 dioxane, as well as other contaminants,” said Andrews.

Columbus City Utilities faced criticism in June after residents felt they were not notified quickly about E. coli in a water well. A recent Call 6 Investigation found it can be difficult to find information on the quality of your drinking water.

The state’s drinking water database still does not indicate whether the test results show the water is safe or unsafe to consume.

Click here to read the read the full EWG report.