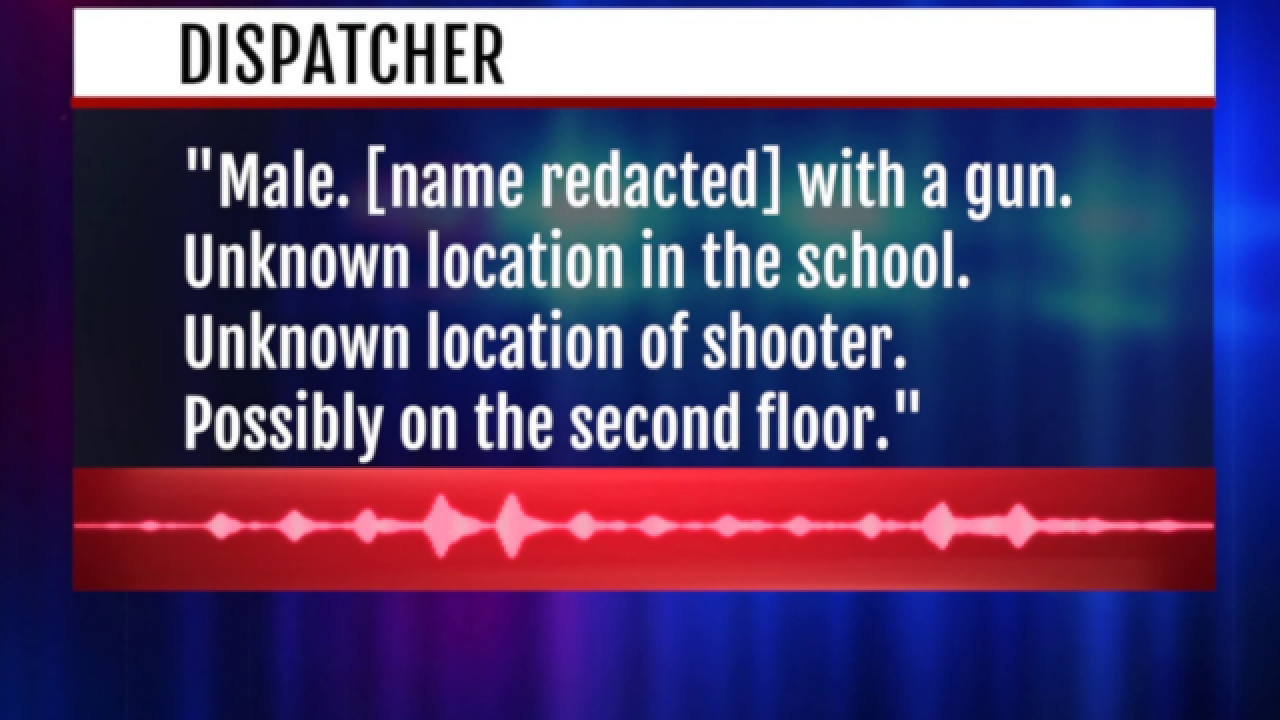 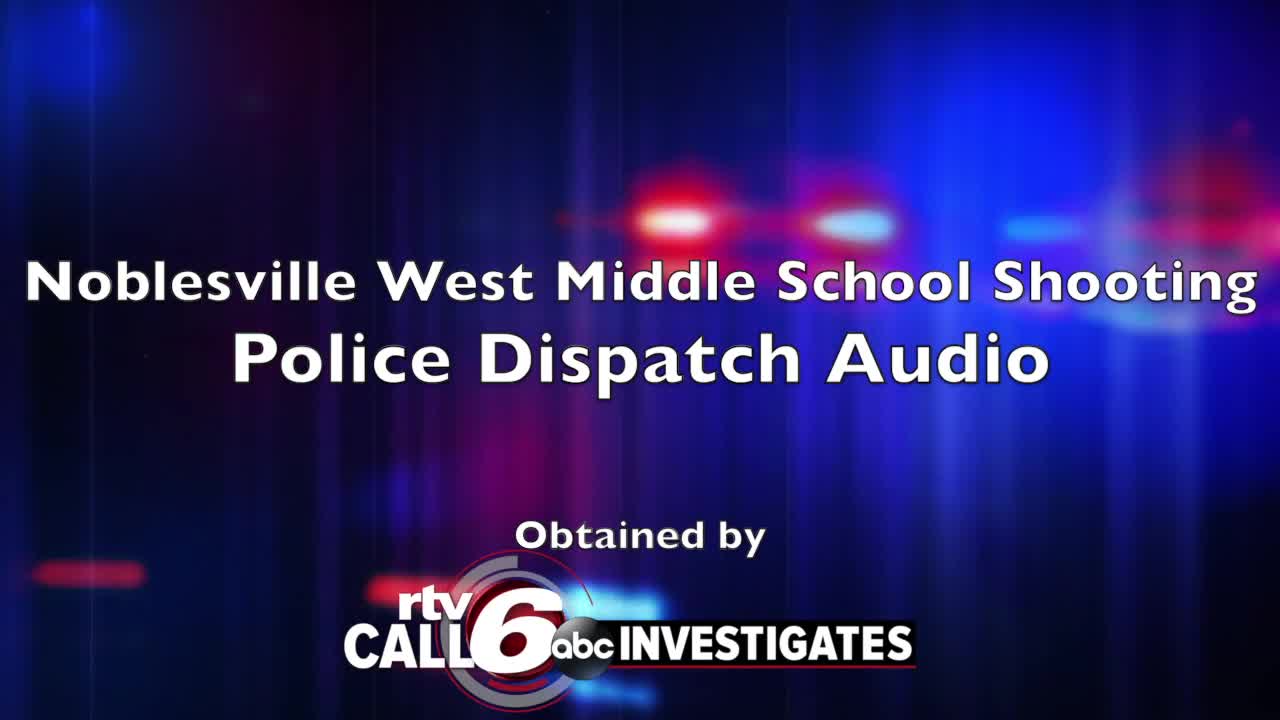 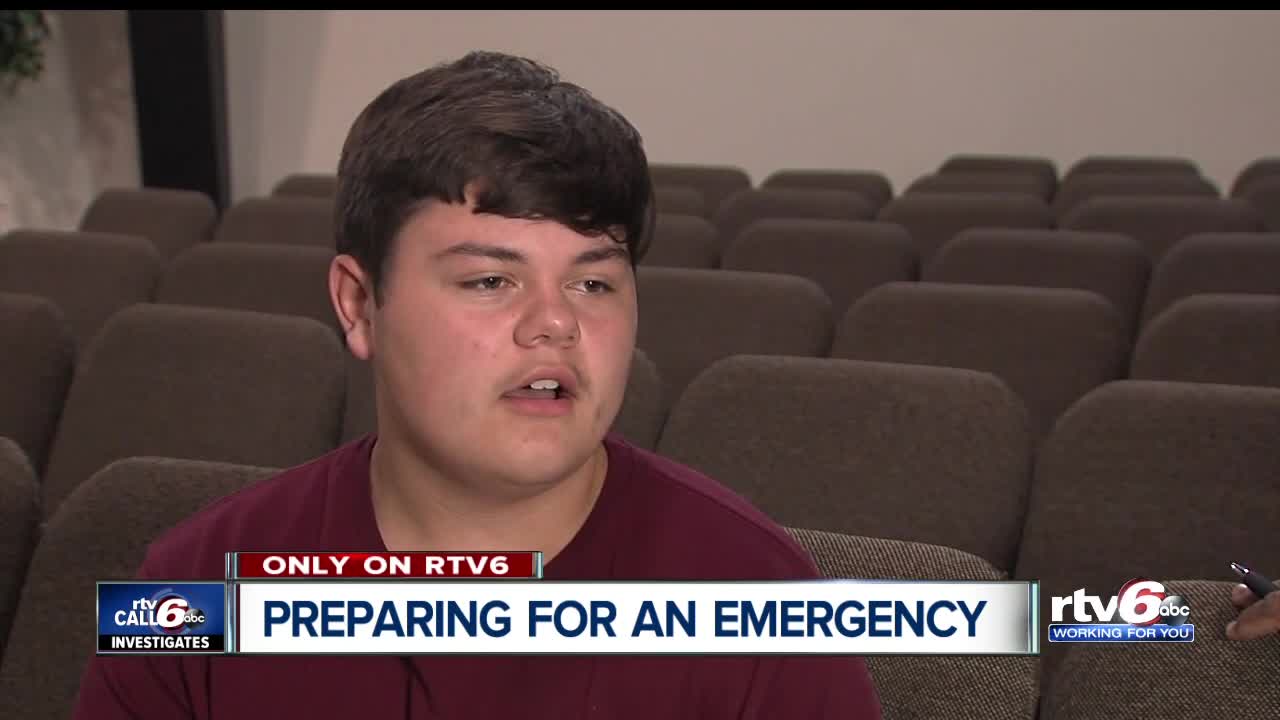 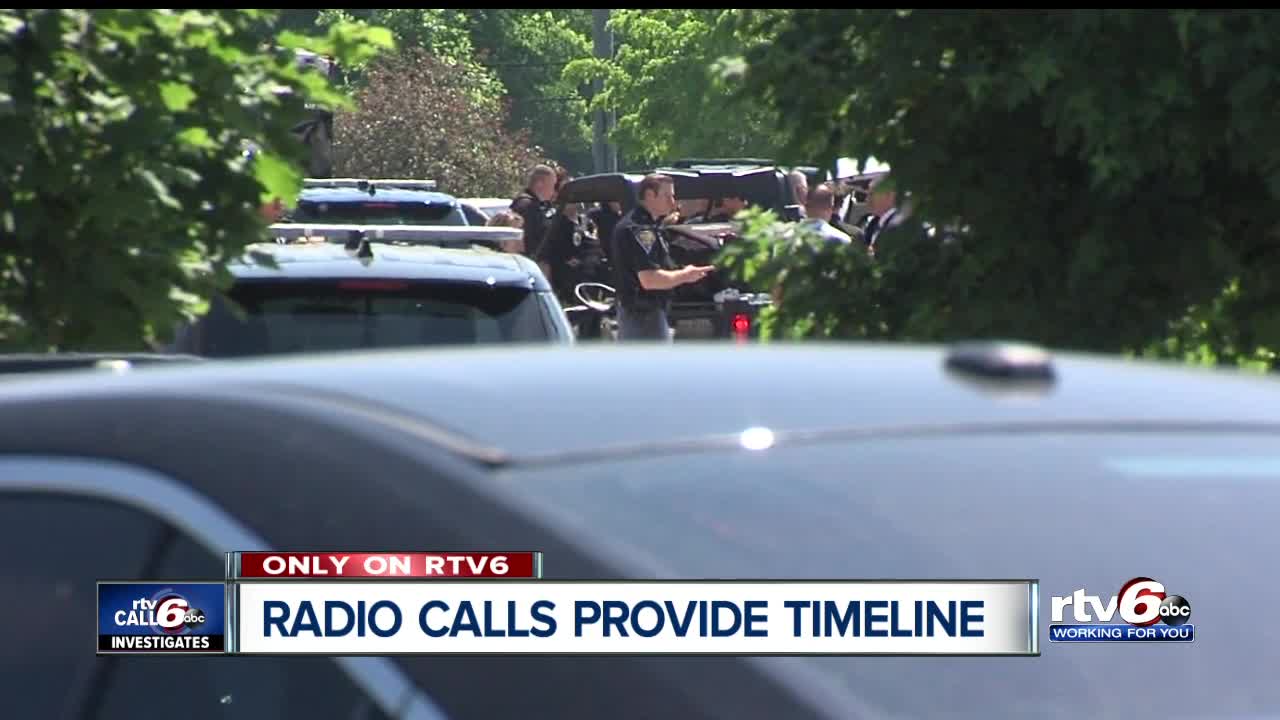 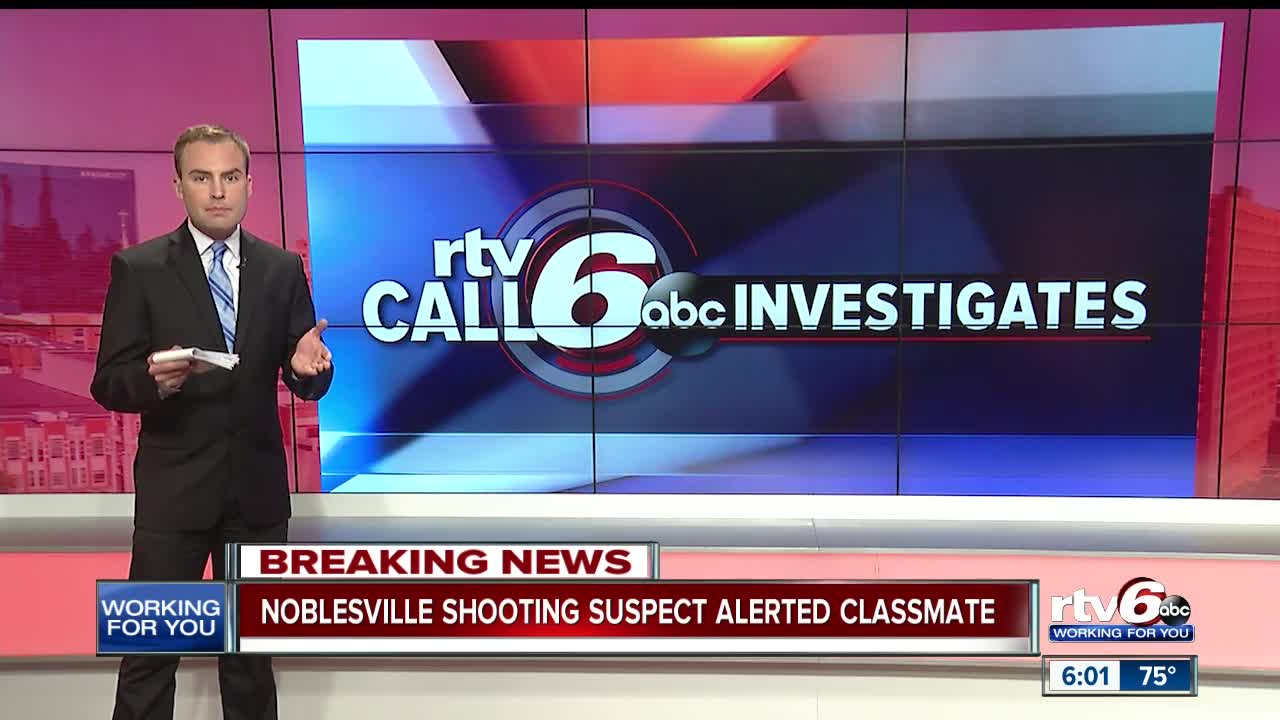 NOBLESVILLE, Ind. -- Within 40 seconds, police knew the name of the student who opened fire inside Noblesville West Middle School.

In just over a minute from the first radio call – sent out by a Hamilton County emergency dispatcher at 9:07 a.m. on May 25 – police knew which room to go to. Ten seconds later, the dispatch informed responding officers that one of the suspect’s guns had a silencer on it.

Within 2 minutes and 40 seconds, the shooter was contained, and police were calling for medics to treat the two victims, teacher Jason Seaman and 13-year-old Ella Whistler, who had both been shot multiple times.

In response to a series of records requests by Call 6 Investigates, Hamilton County officials released police dispatch audio from the day of the shooting.

The audio allows, for the first time, a second-by-second recounting of the emergency response, beginning just after 9 a.m.

Listen to a condensed version of the first 6 minutes of audio below:

Call 6 Investigates asked ABC contributor and former FBI agent Brad Garrett to assess the response time as the audio plays out. According to Garrett, it almost couldn’t have gone any better, from a law enforcement standpoint.

“It’s unheard of to have the shooter identified in 40 seconds. They’re extremely lucky,” Garrett said. “If you look at this from the standpoint that virtually all school shootings occur in under 5 minutes, most of them, to get there this quick, and to get it stopped and get him identified and down clearly saved lives.”

By 9:09 a.m., dispatchers were putting out the call for all available officers from Noblesville and surrounding departments to respond to Noblesville West Middle School. Audio files record officers from Westfield and Fishers, along with Hamilton County sheriff’s deputies, immediately responding to the school, and then to the high school, where Noblesville police were preparing to evacuate the middle school’s students to.

By 9:11, police are putting out the message to lock down other nearby schools. Within that same minute they were making entry into Noblesville West Middle School to conduct a secondary search.

At 9:13, six minutes after the first dispatch call, officers with trauma kits were responding to the classroom to provide immediate aid to the victims while they waited for medics to arrive. Other officers were working to direct staff and students, some of whom had run into the nearby cornfields, to the reunification point at Noblesville High School.

School buses arrived at the school at 9:19 – 12 minutes into the incident – to ferry evacuees to the high school. At 9:22, three officers radioed in that they were clearing the school’s dugouts and ballfields. Fishers SWAT was asked to respond to the scene.

By 9:27, the first shooting victim, Whistler, had already been evacuated from the building. Medics were preparing to transport Seaman to Methodist hospital with a police escort.

At 9:34, the ambulance carrying Seaman departed the scene. Officers were conducting their final sweeps of the building for stragglers. The suspect had already been in handcuffs by 22 minutes at that point – since less than three minutes after the initial call.

“Other than having the police in the lobby at the time of the shooting, I don’t know that you could get there any faster,” Garrett said. “This response time is so impressive that probably every school district in the country would love to be able to match it.”

At 10:06 a.m., an officer radioed that the suspect's blue backpack had been located in the science lab with his phone inside of it.

At 11:55 a.m., 2 hours and 50 minutes after the initial call, a dispatcher came over the radio to say the entire building had been cleared and that officers posted at exterior doors could be released.

A minute later, dispatch informed officers that they'd received a call about the suspect.

“Just received another call from a [redacted] advising her son received a text from the suspect telling him not to come to school today," the dispatcher said. "Her son is [redacted] and his phone is upstairs in the social studies room in the seventh grade hallway.”

Students and staff – including Seaman and Whistler – returned to Noblesville West Middle School on August 1 to start the 2018-2019 school year. They were greeted by an all-star lineup, including Indianapolis 500 winner Alexander Rossi, former Indianapolis Colts punter Pat McAfee and Indiana Pacers forward Alize Johnson. The school has also implemented a number of new security changes, including better security cameras, more officers on campus and enhanced online tools to flag keywords for potential violence.

The 13-year-old shooting suspect, who RTV6 is not identifying because he has been charged as a juvenile, remains in custody while awaiting trial. If found guilty, he faces potential penalties including long-term detention in a juvenile center, placement in a therapeutic community and permanent removal from his parents’ custody. He is scheduled to appear next in court on Sept. 10 & 11.