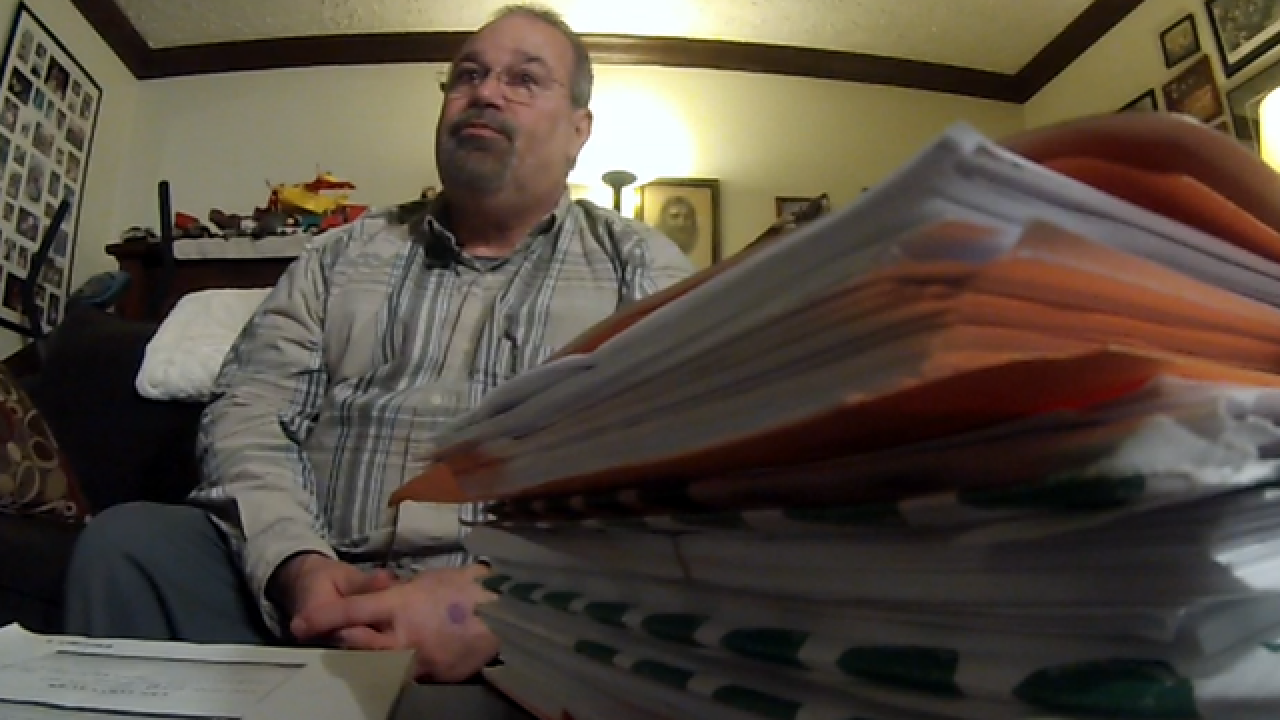 INDIANAPOLIS -- Bernie Madoff was responsible for the largest financial fraud in U.S. history, and as his story is told in a two-night event on ABC, Call 6 Investigates found that securities and investment fraud can be difficult to track in Indiana.

Hundreds of Hoosiers are ripped off each year by supposed financial advisers.

However, it took Call 6 Investigates several weeks to find a victim of investment fraud willing to speak to us.

“It is embarrassing,” said Roy Harbert, a Greenwood resident and Ponzi scheme victim of Charles Blackwelder. “It's pretty humiliating to do this and not have done our homework and not have checked."

Harbert needed money for his mother’s nursing home care, and his family invested in rental properties with Blackwelder.

“We lost over $160,000 as a family,” said Harbert. “We are a victim. A crime with no gun, but still a victim. We bought deeds that were never recorded, and invested in homes that were 100 percent sold and we were left holding the bag.”

Harbert provided records to the Indiana Secretary of State, the agency that investigates securities fraud.

Secretary of State Connie Lawson said many people don’t report being a victim because they don’t want their friends and neighbors to know.

“We investigate as long as people report the crime or report the suspicion that there’s been a crime, that’s really the problem is getting them to report it to us,” said Lawson. “We don’t know what seniors don’t report to us.”

The Secretary of State’s office takes in an average of 200 complaints a year on securities fraud and the agency has about 60 active cases at any given time.

“It’s a big problem,” said Lawson. “Some of these cases take us years and we do an extensive amount of work outside of Indiana because of a crime that was committed in Indiana.”

The Secretary of State’s securities division has 28 employees including investigators, examiners and attorneys.

Lawson said her office is well staffed to handle complaints on securities fraud.

Roy Harbert’s elder attorney, whom he had hired to help him with his parent’s affairs, referred him to the now convicted Charles Blackwelder.

But AARP told Call 6 Investigates scammers are getting creative in how they find victims.

“We’re seeing a lot of people scammed via these Christian dating sites,” said Mandla Moyo, AARP Associate State Director for Community Outreach. “According to an AARP foundation study, the average of a fraud victim is about 69 years old.”

Moyo said scammers exploit not just the elderly, but anyone planning for their future.

“It’s usually a phone call or sometimes you may receive an email that has some sort of investment opportunity, some sort of promise to make ‘X’ amount of dollars,” said Moyo.

Moyo said it’s a red flag if someone calls you out of the blue.

“Nine times out of 10 they’re not going to call you unless they already have an established relationship with you,” said Moyo.  “If you are thinking about planning your retirement, be the one who initiates that conversation.”

The Secretary of State encourages people to report investment frauds and scams so they can investigate.

“Nobody should be ashamed or embarrassed to report it,” said Lawson.

Charles Blackwelder was convicted of securities fraud, and is serving prison time at the Edinburgh Correctional Facility with a possible release date of December 23, 2016.

Roy Harbert is still trying to get his life back together, but is now out the money he could be using for his sick wife.

Harbert hopes others can learn from his mistakes.