CALL 6: Trucking company involved in NB I-465 overpass crash had been fined, cited by feds 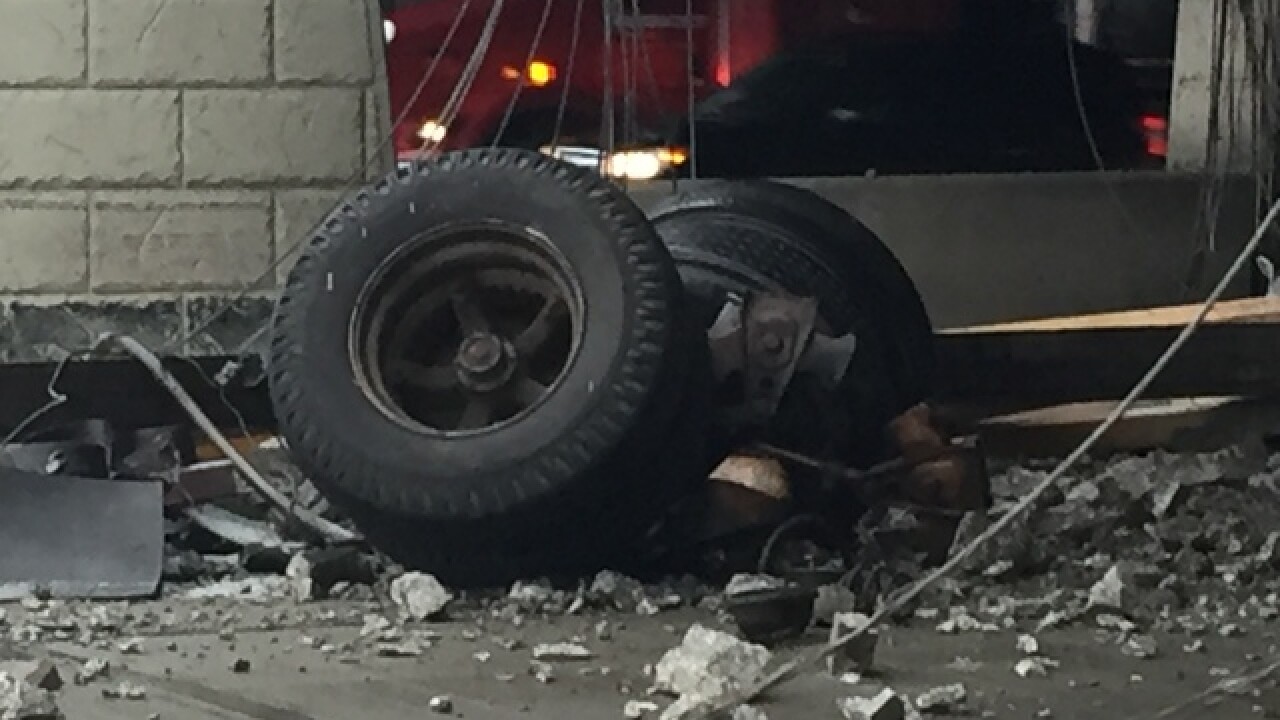 INDIANAPOLIS -- A mobile car crusher that crashed into and damaged an overpass on I-465 northbound at Rockville Road Tuesday morning is owned by Twins Trucking out of Indianapolis.

Federal records show they have 17 vehicles and 17 drivers.

Call 6 Investigates found that Twins Trucking has a satisfactory safety rating with the Federal Motor Carrier Safety Administration in 2009, which typically means they meet safety standards.

Federal records show the vehicle involved in Tuesday's accident had not been cited or crashed within the last two years.

The owner of Twins Trucking, Tom Halcomb, told Call 6 Investigates that his driver wasn't aware that the mobile car crusher hit the overpass.

"I sincerely apologize. It was a mechanical failure and I've been advised not to say anything," said Halcomb.

Despite its safety rating, federal inspectors cited Twins Trucking with five unsafe driving violations, including following too close and speeding, over the past two years.

In addition to Tuesday's crash, federal records show the company has had five different crashes since December 2014, including two in which someone was injured.

Records also show the U.S. Department of Transportation fined the company $4,450 in 2015 for not systematically inspecting, repairing or maintaining its vehicles and equipment. They were also fined $3,590 in 2016 for an issue related to return-to-duty testing.

No other details on the disciplinary cases were immediately available Tuesday.

Twins Trucking has also been hit with eight vehicle maintenance-related violations in the past two years.

For example, in March 2016, the feds cited the company for a truck tractor that was leaking, spilling, blowing, or had falling cargo.

It is common for trucking companies to face violations for both its drivers and its vehicles and equipment, records show.

"It is the truck driver and the carrier who are responsible for ensuring the load is fully compliant with cargo securement safety regulations," said Duane DeBruyne, Federal Motor Carrier Safety Administration spokesman.