CALL 6: You may not get a bill for crossing I-65 toll bridge 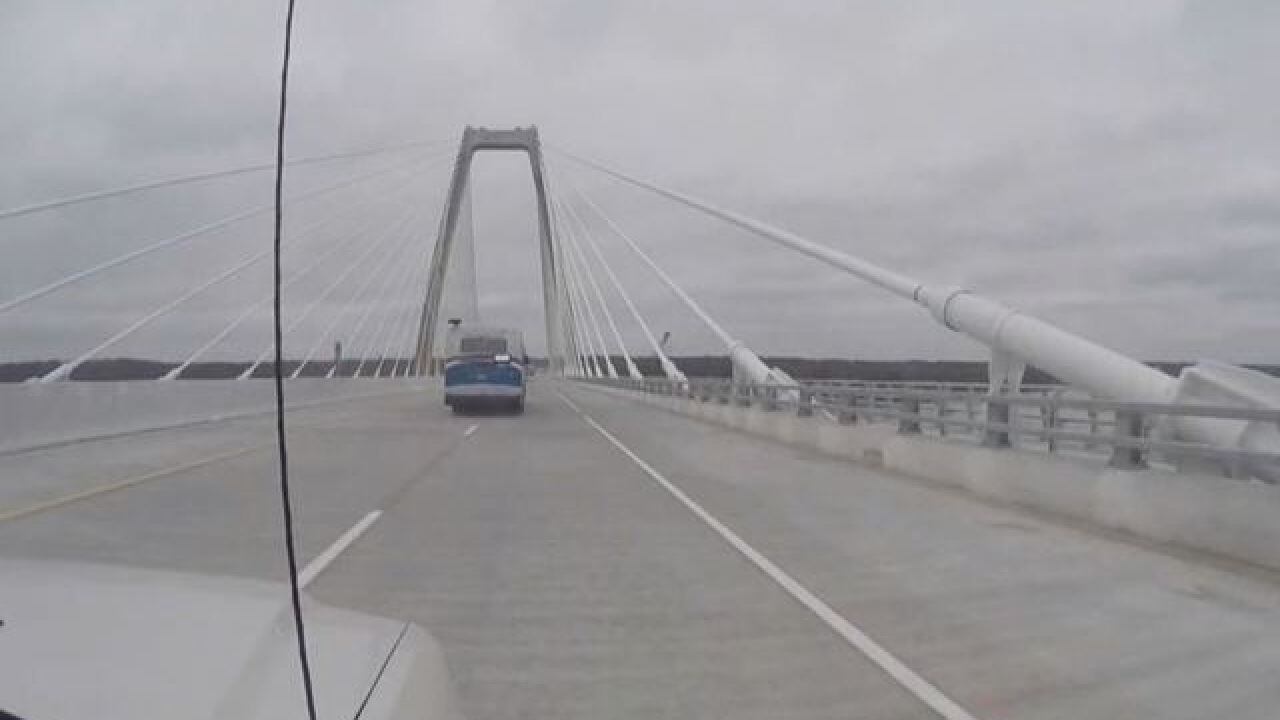 The invoice process for tolls on the I-65 bridge is causing confusion because you don’t necessarily get a bill in the mail.

Stephanie Mahin contacted Call 6 Investigates after she crossed the bridge from Kentucky into Indiana back in July, but never received an invoice.

Mahin contacted RiverLink, the company in charge of tolling, and was told they do not send invoices for less than $5. Mahin’s bill had only totaled $4.

“So the representative promptly asked if I wanted to take care of it over the phone or to mail a payment,” said Mahin. “I tried to get her to explain to me, how it was she was trying to collect on something they were never going to invoice me on.”

Mahin was confused how she could owe Riverlink money without ever receiving a bill or invoice for the toll.

Call 6 Investigates contacted Riverlink and a spokesperson said the company does not send you an invoice unless you hit the $5 threshold.

“There are costs involved with producing and sending an invoice, and that’s why the low threshold exists,” said Mindy Peterson, RiverLink Communications. “A single trip in medium or large vehicles will trigger an invoice. It does take two crossings in a passenger vehicle. For example, if a person makes a trip in January and returns in September, that second trip in September would trigger the invoice. It would include the January and September trips.”

“The representative was likely asking the driver if she wanted to pay the $4 toll for the single crossing,” said Peterson. “The woman could also choose to elect to wait for an invoice. If she never made a second trip, she would not be billed for the single trip in a passenger vehicle.”

RiverLink emphasized it is not the driver’s responsibility to do anything until they receive an invoice.

“It is the owner’s responsibility to have a valid address on file with the BMV,” said Peterson.

Mahin said RiverLink should do a better job at notifying drivers they will not receive a bill unless the toll hits five dollars or more.

RELATED | Didn't pay your I-65 toll? Your registration could be on hold | Driving to Louisville? It's going to cost you now - tolling begins on Interstate 65 bridges | Indiana eyes tolling possibilities as part of new roads plan | State senator wants to block tolling on I-465

RiverLink is a tolling system in which there aren't lines of people stopping to pay toll. Drivers simply cross the threshold and are billed to their car's registration address. Tolling for the I-65 bridges connecting Indiana to Kentucky began in December 2016.

This includes the SR 265 Lewis and Clark Bridge, the I-65 Abraham Lincoln Bridge and the I-65 Kennedy Bridge.

The following are the toll rates for vehicles with and without transponders: