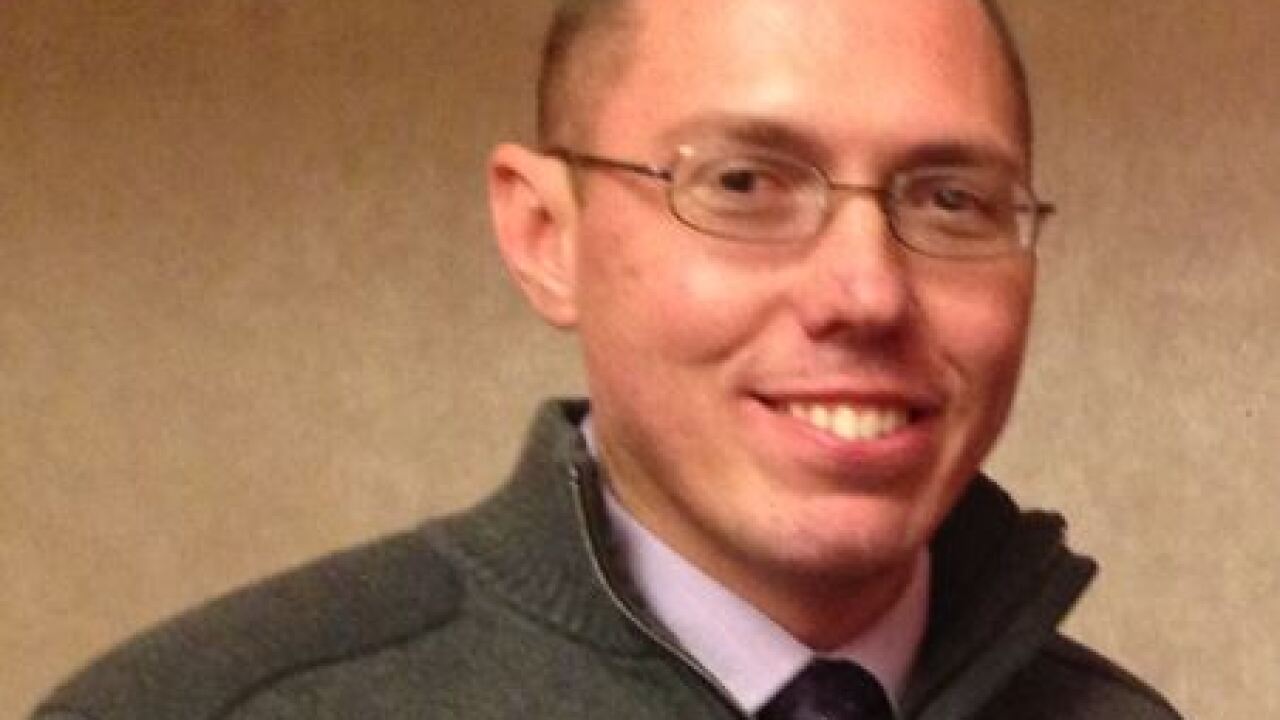 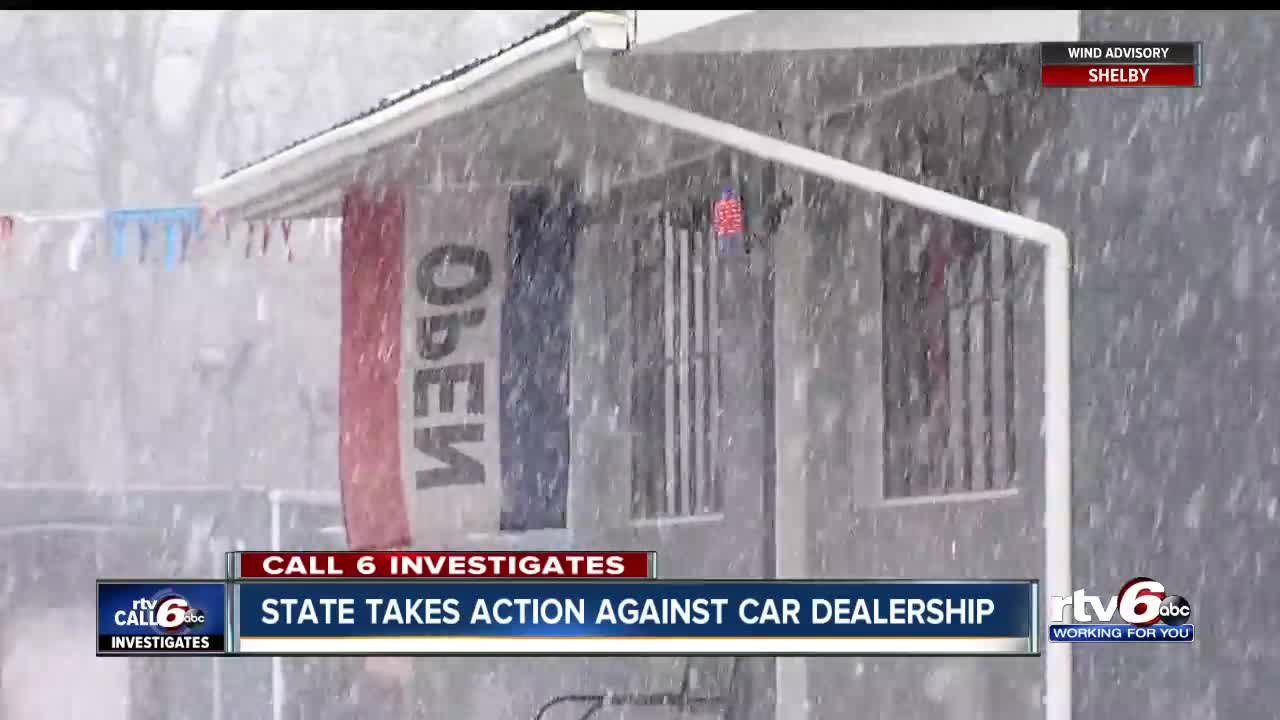 CRAWFORDSVILLE — In what the state is calling a “significant” case, a former Crawfordsville car dealership agreed to pay $62,495.27 in restitution to consumers following a lawsuit by the Indiana Attorney General’s office accusing the company of deceptive and unfair sales practices.

“There were a large number of consumers that were affected by this case,” said Betsy DeNardi , director of consumer protection for the Indiana Attorney General. “That’s a significant sum of money for those consumers as well as those individuals who had no titles so they couldn’t actually drive their vehicles lawfully on the road.”

Clos Auto, formerly located at 901 Lafayette Ave, was accused of not delivering titles to customers and failing to pay-off loans on trade-in vehicles.

According to an agreement reached on November 8, Clos Auto and its vice president Shawn Clos, agreed to pay $62,495 to five customers who incurred additional interest and payments on outstanding loans for their trade-in vehicles.

In the agreement, Clos and his dealership were not required to admit they violated state consumer protection laws.

“Who goes to trade in their vehicle for a new one and the next thing you know nothing is being paid off, and you start getting the phone calls wanting their money or their vehicle back--- well that’s what Shawn Clos of Clos Auto did to me and many other innocent people,” said Bushong. “For some it’s too late because our credit is shot. I’ve been living the nightmare since April is 2016. He just needs to be stopped for anyone else gets hurt.”

The judgment also orders the Indiana Bureau of Motor Vehicles to issue titles to nearly two dozen Clos Auto customers and their vehicles.

Joel Endicott of Crawfordsville is one of 23 customers who is still waiting for his titles.

“It’s been 17 months and we are still trying title on two vehicles,” said Joel Endicott. “It’s very frustrating. If we wanted to sell them, trade them in, anything like that—without a title we are stuck.”

In August 2017, the Indiana Secretary of State’s office suspended Clos Auto’s license following an audit of their records found the dealer misrepresented its promises to pay off loans on trade-ins.

The Secretary of State’s office also issued a fine of $25,350 which has not yet been paid.

After being open for several years, Clos Auto closed its doors shortly after the state suspended its license on August 11, 2017.

A new dealership, Affordable Auto Sales, has opened at the same location and the owners want to make it clear they have nothing to do with Clos Auto.

The Indiana Attorney General’s office says the Clos Auto case shows why it’s so important to file a complaint if you feel wronged by a business.

"We are looking for patterns or certain dealerships that are popping up over and over again,” said Betsy DeNardi , director of consumer protection for the Indiana Attorney General. “Receiving complaints from consumers is extremely important for us.”

The Attorney General’s office does not handle the criminal side of things, which is why it’s important to file a police report if you feel it’s a criminal matter.

“I interviewed at least 29 people,” said Rivers. “My criminal case has been closed for some time.”

Rivers said he submitted his case to the Montgomery County prosecutor in September 2017 recommending criminal charges against Clos.

"I would like to see something happen because it became evident to me that this guy was hurting a lot of people and just did not care," said Rivers. “These are just regular people. Nobody can afford to trade in a car and get stuck paying for a car you don’t even have, on top of the new car payments.”

Montgomery County Chief Deputy Prosecutor Andrew Salter said they have not yet made a determination on whether or not criminal charges will be filed against Clos.

Clos pleaded guilty to a lesser charge of conversion, and was sentenced to probation and attend a conversion workshop, perform 20 hours of community service, and to pay court cost and fees.

Call 6 Investigates called, emailed and stopped by the home of Shawn Clos, but we did not hear back from him.

His attorney, William Ivers, provided the following statement to RTV6.

“Clos Auto has cooperated with and agreed to a resolution of the customer issues raised by the Indiana Attorney General. As indicated in the Consent Order, that cooperation included a surrender of the dealer license and a promise of restitution. The Defendants are in the process of attempting to generate funds that can be used to satisfy the restitution obligation.

I think it is important to note that unlike many failed dealership businesses, Clos Auto has not sought bankruptcy protection or attempted to reject the obligations owed to the customers. Instead, Clos Auto and its former operator have taken steps to make sure that all of the customers are provided the vehicle titles and the relief sought by the Attorney General. Clos Auto has resolved most of the issues. The restitution due to the remaining customers will be addressed as soon as funds become available.

I understand the benefit and value an investigative report. In some situations it can motivate an existing business operation to respond to a customer that has not been treated properly. It also can be used to discourage other individuals from doing business with that purported "bad actor". However, in other situations it can have unintended and harmful effects on people or businesses who are trying to do the right thing, but are financially hampered by previous bad business decisions or circumstances. In my humble opinion, I believe a report on this particular situation will fall into the latter category and could actually be detrimental to resolving the remaining harm. In fact, it could result in a hindrance and could dissuade the Defendants from finishing their intended goal of making things right.

Please keep the forgoing in mind as you complete your investigation and decide whether to air your investigation of Clos Auto and its former operator. I trust this responds to your inquiry and that your report will reflect the substantial efforts Clos Auto has undertaken to remedy the losses of its customers. Thanks.”

As part of the agreement with the Attorney General, Shawn Clos is barred from owning or operating a car dealership in Indiana.

Clos did not concede that his actions were in any way “deceptive” by accepting the agreement.

The Attorney General’s office said every auto dealer in Indiana is required to have a surety bond for $25,000 which they plan to use to help repay customers owed restitution.

“This is just one example of a case we have successfully resolved,” said DeNardi. “As of now we haven’t received any money from Clos or the dealership.”

Customer Joel Endicott is thankful the Attorney General and Secretary of State and got involved, and he’s eagerly awaiting his titles.

He said other consumers should speak up if they feel they’ve been wronged by a business.

“You’ve got to file a complaint,” said Endicott. “It starts there. But keep in mind, it’s the legal system so nothing is fast but it does get taken care of.”

The Attorney General’s office says you can help protect yourself when you trade in a vehicle by asking the dealer when they will pay off the loan.

Then, call the bank and make sure the dealer did pay off the loan.

If not, make sure the bank is aware and file a complaint with the Attorney General’s office and the Secretary of State.

“Sherri was instrumental in uncovering this practice and she began contacting other Clos Auto customers and discovered that the practice was more widespread,” said Valerie Warycha, spokeswoman at the Indiana Secretary of State. “At this time, we got the AG’s office involved. Sherri remained the point of contact for the consumers, she continued to identify more victims, and we provided detailed information to the AG’s office so they could pursue Clos Auto, Inc.”

The Secretary of State’s office also worked with consumers like Joel Endicott to provide temporary plates so they could drive their vehicles in the interim.

Click here to file a complaint about an auto dealer with the Secretary of State or the AG.