The Call 6 Investigators have uncovered a $2.3 billion problem in Indiana that is using precious local and state resources and draining consumers' wallet. 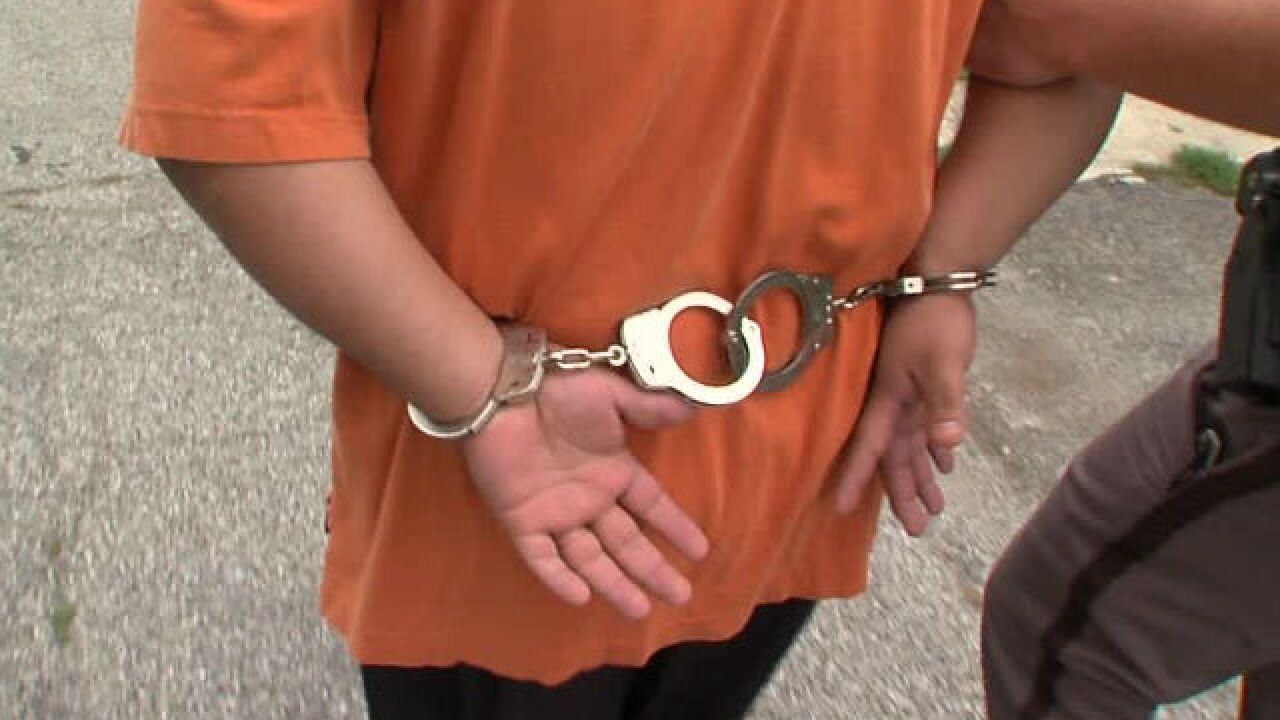 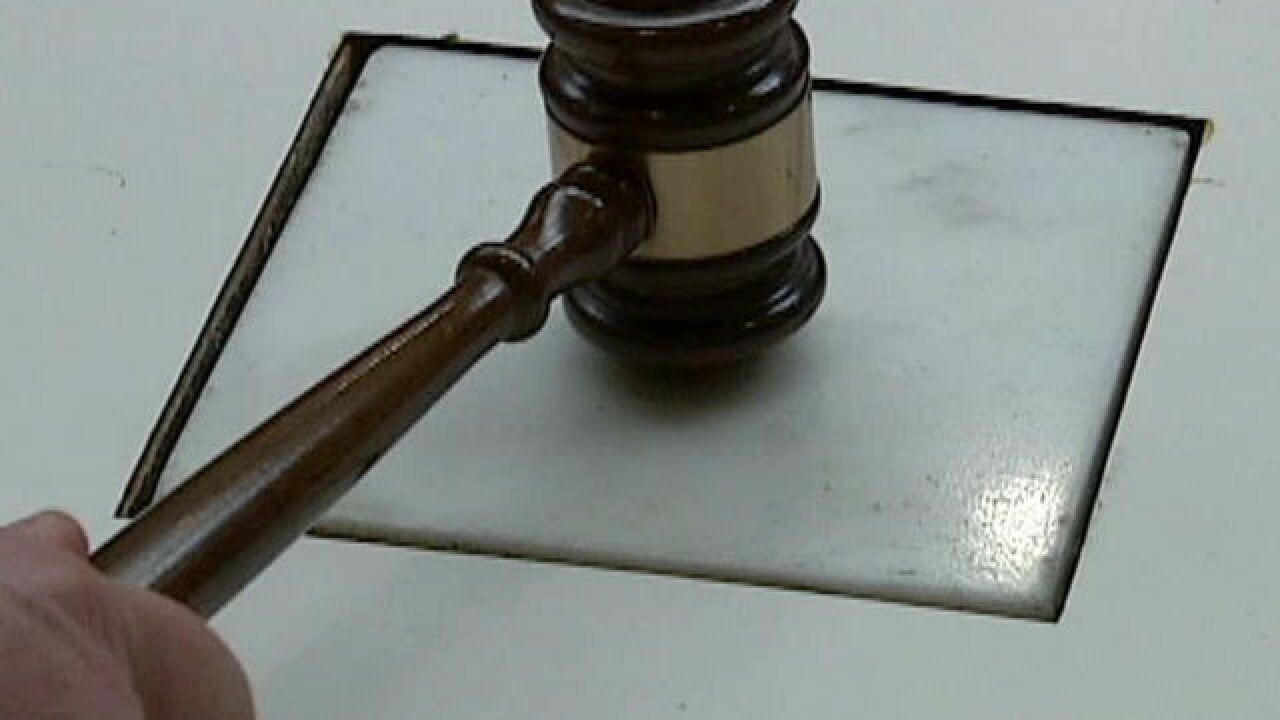 The Call 6 Investigators have uncovered a $2.3 billion problem in Indiana that is using precious local and state resources and draining consumers' wallet.

Hoosier parents owe more than $2.3 billion in child support, according to the Indiana Department of Child Services and Child Support Bureau, which handles 350,000 cases.

The Call 6 Investigators found agencies strapped for manpower and others finding it hard to make a dent in the pervasive issue.

How are deadbeat parents tracked?

Tracking down deadbeats is a daily job for the Marion County Sheriff's Department.

On a day in September when RTV6 rode along with the Civil Warrants Division, deputies found just two people out of the 13 wanted on child support warrants. The division searches for parents who failed to show up for child support court.

"We could've had better luck," said Sgt. David Coonce, of the Civil Warrants Division. "The more we execute, the more (the courts) issue. It keeps us busy."

On the day the Call 6 Investigators rode along, deputies had a stack of warrants for deadbeat parents totaling $263,000 in unpaid child support.

"I don't even know what you're talking about," Rivera told Call 6 Investigator Kara Kenney, claiming that he didn't receive anything notifying him that he needed to appear in court. "The only thing I know is I pay my child support."

Deputies also arrested Andrew Baldwin on a criminal traffic violation and a child support warrant for not showing up to court.

"Anywhere from Geist all the way down to the south side," Coonce said. "If you have a child, take care of it."

The Call 6 Investigators tried to track down deadbeat parents on the state's "Most Wanted Evaders" list -- http://www.in.gov/dcs/3333.html -- some who owe into the six figures, but they are hard to find.

Traci Benitez, a single mother in Johnson County, has two ex's on the state's most wanted list -- ex-husband Douglas Benitez and ex-boyfriend Ronald Lee Potts. The state said they owe Traci more than $81,280 in child support.

"It's just terrible for the kids to grow up like that," Benitez said. "I think it's ridiculous. When two people have a child together, it should be those two parents forever."

All taxpayers foot the bill for situations similar to Traci's. Because she isn't getting child support, she depends on government assistance, such as food stamps and Medicaid, to make ends meet.

The Call 6 Investigators also spoke with Kelly Bryan, a single mother whose children are on Medicaid and food stamps. Documents show she is owed more than $50,000 in child support.

"There's a lot of moms out there that need the money, and a lot of kids that's going without," Bryan said.

"That's a reason somebody who doesn't have children should be interested," Longest said. "There is a small cost recovery aspect to it."

Longest said Indiana has improved its overall child support ranking to 25th in the country in a U.S. Department of Health and Human Services ranking based on factors such as collecting child support, establishing paternity and cost-effectiveness.

Court system strains to keep up with cases

Where Indiana struggles most is establishing child support orders, which is when a judge determines how much a noncustodial parent should pay. In that category, Indiana dropped to 41st in 2010.

Prosecutors said getting both parents into court can be difficult.

"If someone doesn't want to be found, it can be impossible to find them," said Marion County Chief Deputy Prosecutor John Owens.

Indiana courts are bursting with child support cases, so lag time is a concern.

"We are incredibly understaffed," Owens said.

Marion County handles more than 71,000 cases with 82 full-time employees, working out to 865 cases per employee.

The Call 6 Investigators also checked with surrounding counties and found all are handling hundreds of child support cases per worker.

"Child support is a huge problem," Owens said. "It impacts not only folks who have kids, but it does impact folks who don't."

Deadbeat parents owe more than $607 million in child support in Marion County alone. Parents line up every morning beginning at 7 a.m., waiting for a walk-in appointment with a prosecutor.

"I need help supporting my baby," said Heather Cox, who was waiting for an appointment. "Formula costs a lot, plus baby food."

Prosecutors and state workers said they are doing what they can, but tracking down deadbeat parents is a difficult task.

Owens said prosecutors do their best to work with noncustodial parents, but they take other measures when that doesn't work.

Prosecutors can also take lottery and casino winnings, and under a new law, more than 25,000 Hoosier driver's licenses have been suspended for nonpayment of child support.

Parents who don't show up to court tax a system that is already pushed to the brink, and everyone is paying the bill.

"It costs the taxpayers a whole lot of time, effort and grief when someone doesn't do what they're supposed to do," Owens said.

Anyone can help the fight against deadbeat parents by telling authorities where to find someone on the Most Wanted Evaders list and encouraging a deadbeat to pay up.

"It's the right thing to do. It's the legal thing to do, and it's the moral thing to do," Owens said. "The most basic human responsibility is provide for your children."