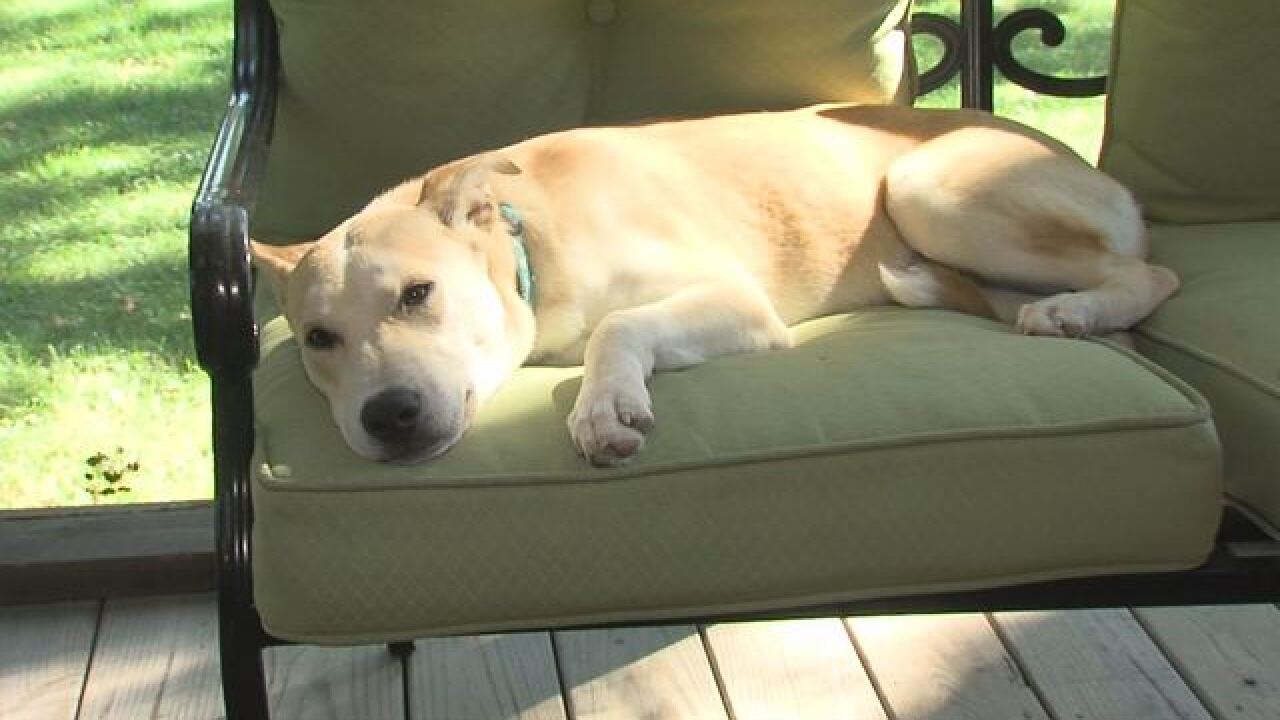 Call 6 Investigates Kara Kenney found the city shelter on South Harding Street is stretched so thin, they’re often forced to look outside their own walls for help.

Sarah Magee is a foster mom to Bolt, a husky mix, who came to the city shelter on June 26 among a huge litter of puppies.

“He’s very high energy,” said Magee. “I love animals. I have a soft spot for them.”

As the city looks to save more animals and decrease the number of euthanized dogs and cats, Indianapolis Animal Care Services has become more dependent on fosters than in years’ past.

Currently, the city has 1,249 animals in their care including 639 with foster families and 610 at the shelter.

Magee is glad she can help keep Bolt out of the shelter while he’s waiting for a forever home.

“I have the ability to work from home, and a lot of people don't have the space to help out," said Magee.

Bolt is a survivor of parvo, a highly contagious virus that is potentially deadly without treatment.

In the past, the city would have likely euthanized Bolt and other parvo-infected animals.

However, this is the first year the city is making a big effort to save dogs and cats with parvo by placing them in foster homes like Sarah Magee’s.

The city shelter takes in 14,000 animals a year and is busting at the seams nearly every single day.

Indianapolis Animal Care Services has 10 percent more animals inside the facility than it did five years ago.

With more animals in the shelter, the city is more reliant on volunteers as well.

They had 93 volunteers in March 2016 and they now have 176 active volunteers with another 77 in training, records show.

Lisa Bockoski is just one of the volunteers who spends four hours a week taking dogs out of their cages to get exercise.

“These dogs are in here without a home, and they need some love and attention and someone to take them out and give them a potty break,” said Bockoski. “How can you not do this?”

On the day RTV6 tagged along with volunteers, Bockoski gave some love and attention to Rex, a dog that had been at the shelter since April—longer than any other animal at the facility.

“Every volunteer in here is rooting for this guy,” said Bockoski. “He's a lot of potential and we all cross our fingers."

Thankfully, Rex was finally adopted at the end of October.

But, Bolt is still waiting for his forever home, according to his foster mom Sarah Magee.

You can start the process of adopting Bolt or another pet here:

The city’s animal overpopulation problem takes its toll on the city’s resources and the emotions of workers, fosters and volunteers.

“It feels like you can never do enough,” said Bockoski. “It’s like a hamster wheel. We're trying to do the best we can."