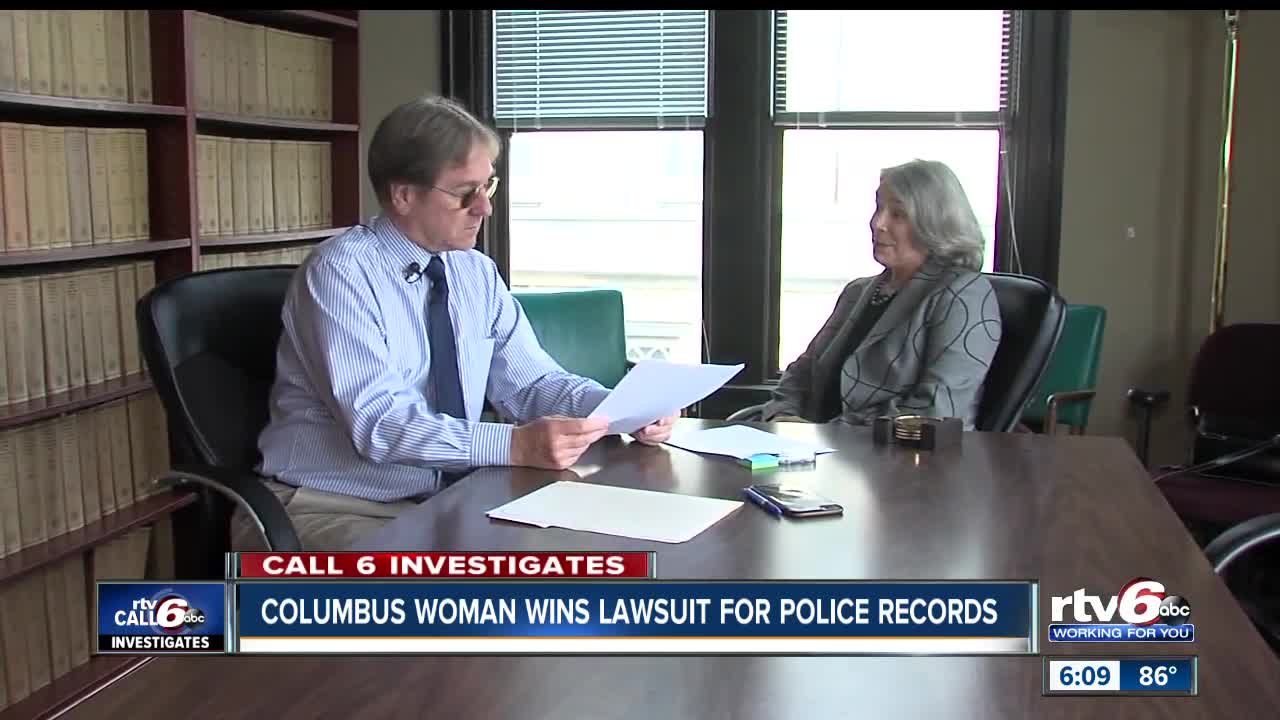 A longtime Columbus resident and former mayor has prevailed in her nearly three-year fight against the city for violation of the Indiana Access to Public Records Act, a decision some hope will prompt other government agencies to be more forthcoming with information. 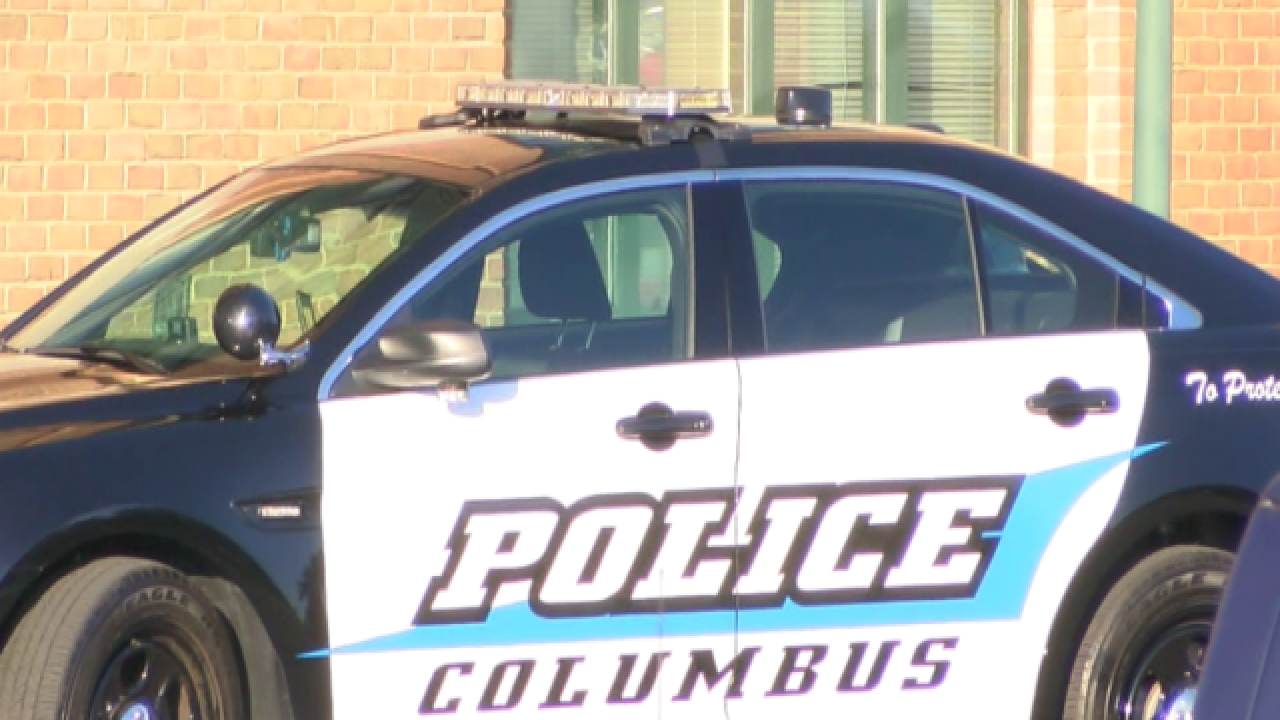 COLUMBUS — A longtime Columbus resident and former mayor has prevailed in her nearly three-year fight against the city for violation of the Indiana Access to Public Records Act, a decision some hope will prompt other government agencies to be more forthcoming with information.

The battle started in 2016 when Kristen Brown requested information about a crash involving law enforcement and possible injuries and damage to property.

Brown said the police chief responded, but did not provide much of the information she requested.

She filed a complaint with the state’s Public Access Counselor, who issued an opinion in Brown’s favor in November 2016.

Even after the Public Access Counselor’s opinion, which is non-binding and does not carry any enforcement power, Brown said the city still did not disclose the records.

Brown and Indianapolis-based attorney William Groth filed a lawsuit in February 2017 against the City of Columbus Police Department and its police chief Jon Rohde alleging they violated the Indiana Access to Public Records Act.

Rohde was later dismissed from the lawsuit.

On June 17, a special judge selected for the case, Richard Poynter of Jackson County, ruled Brown had “substantially prevailed” and Columbus Police must pay Brown’s attorney’s fees, court costs, and expenses incurred in litigating the issue.

“We are obviously delighted,” said Brown. “The public access laws are our only means to hold government accountable. Think of the tremendous power those elected officials have, especially law enforcement officials.”

“They’ve wasted so much taxpayer money,” said Brown. “It’s really galling. Look at the amount of money the City of Columbus has spent fighting this, to release a police report that should have been released immediately.”

The judge found the Columbus Police Department provided insufficient information to Brown and did not include the factual circumstances involved in the crash.

Judge Poynter criticized the city’s handling of the records request.

“The information sought by Brown existed at the time of her request,” read the June 17 ruling. “CPD’s denial that such information existed was, at worst, a dishonest statement, and at best, an inaccurate one. Either way, the information existed and should have been provided to Brown when she requested it, or at the very latest, after the Public Access Counselor’s recommendation.”

However, Judge Poynter ruled that the Columbus Police Department’s interpretation of the law was not “made in bad faith or intentionally done to violate the law,” and thus, Poynter did not assess the $100 civil penalty.

“That portion of the ruling I’m not happy with, and I respectfully disagree,” said Brown.

Brown, who served as the mayor from 2012 until the end of 2015, appointed Rohde when she was in office.

Whitted said they have not yet decided whether to appeal the judge’s ruling, and in a statement, Whitted pointed out that Brown received the police report during litigation:

“The City would respond to the Judge Poynter’s ruling that the documents released to Ms. Brown, pursuant to her request for investigatory of police records, was done according to the procedures established during the time that Ms. Brown was Mayor of Columbus. Learning that the release of investigatory records procedures was out of compliance, the Columbus Police Department corrected the policy to provide the appropriate information to the public relating to police activities.

During the litigation the Columbus Police Department provided Ms. Brown with a complete copy of the records of the case and attempted to settle the lawsuit. Ms. Brown refused to settle the case without a finding that the City acted in bad faith resulting in additional litigation expenses. Judge Poynter found that the City did not act in bad faith in this case. Ms. Brown further prolonged the litigation by inappropriately personally suing Columbus Chief of Police Jon Rohde and refused to dismiss Chief Rohde from the suit resulting in the Court dismissing Chief Rohde as a party to the litigation.

In February of this year, Ms. Brown filed another complaint to the Public Access Counsellor against the Columbus Police Department regarding the release of documents. This time we followed the procedures established under the current administration, and the public access Counselor found no basis for Ms. Brown’s allegation that there was a violation of the public records access rules.”

Public Access Counselor Luke Britt applauded the judge’s ruling, and said it could help persuade other government agencies to be more open and transparent with their records.

“The decision underscores the value the legislature has placed on the public’s right to know,” said Britt. “It reinforces that the access laws are not to interpreted strictly to justify non-disclosure, secrecy and opacity, but quite the opposite. Those terms are to be defined liberally in favor of transparency. For the sake of public access, I’m pleased the trial court affirmed my opinion.”

“It sends a message that ‘hey, maybe we should be a little more transparent and not fight some of these requests,’” said Groth.

Groth said the law needs to be changed so that any violation of the Indiana Access to Public Records Act receives a $100 civil penalty whether it’s intentional or not.

Groth made headlines for fighting for Mike Pence and state lawmakers to disclose their emails.

“Citizens have to know what their elected officials are up to before they can hold them accountable,” said Groth.

He and Brown hope to change Indiana law to give the Public Access Counselor enforcement power and create a way for Hoosiers to file a grievance over public records without spending years and emptying their pocketbooks.

“The pressure needs to be on the state legislature, either they’re for public transparency or not,” said Groth.

Brown said while she’s happy with the judge’s ruling, she said it’s sad most people will never have the time or resources to file a lawsuit in the quest for public records.

“I don’t know of a single other individual in my community who would do something like this,” said Brown. “You get caught in the crosshairs of the mayor and the police chief. I have the financial means to do this, but many people don’t.”

Chief Rohde responded to Brown’s public records request with an incident report, however, it did not contain the requested information including the factual circumstances surrounding the incident or a description of any injuries, property or weapons involved, according to the lawsuit.

The city has argued that because the incident did not result in an arrest, they did not have to provide details about the incident.

According to the incident report provided, the incident involved allegations of criminal mischief, vandalism, and domestic disturbance involving two vehicles.

Call 6 Investigates is reviewing the contents of the police report released during the course of the lawsuit.

TIPS FOR GETTING PUBLIC RECORDS QUICKLY (from IN Public Access Counselor)