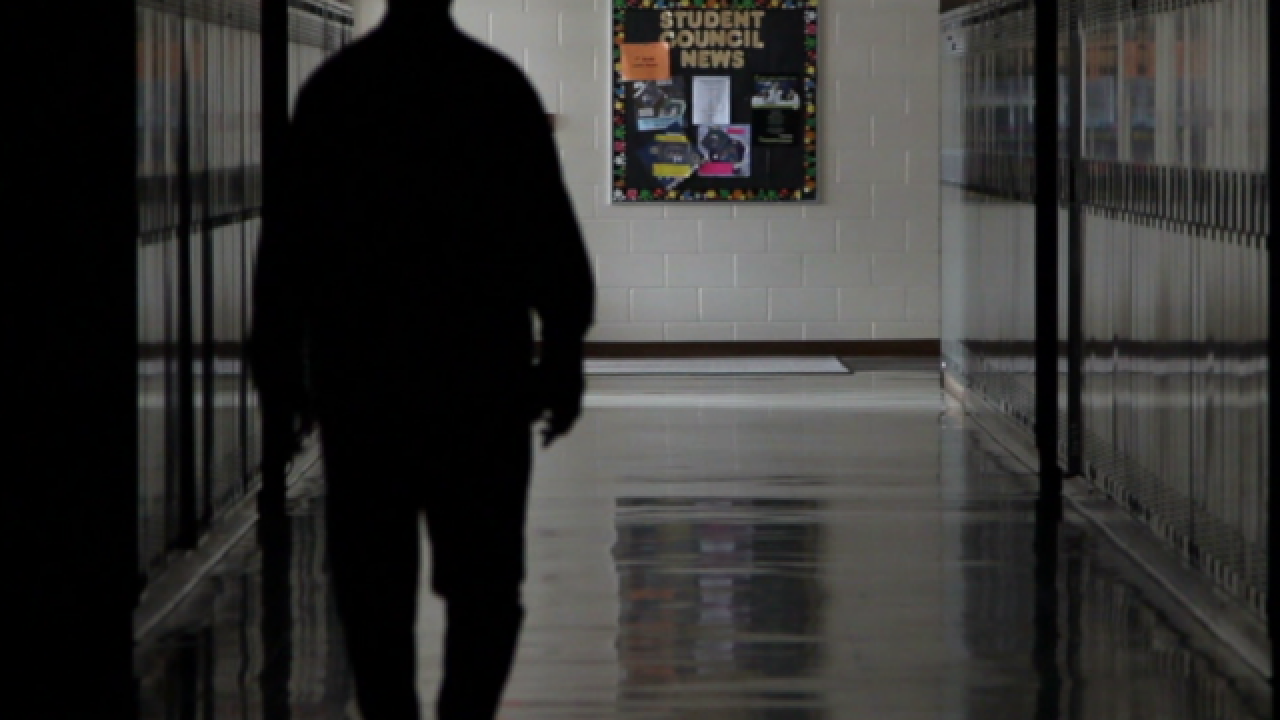 Authors' Note: This story contains discussions of criminal acts against children, including molestation, that may be challenging or disturbing to some. Reader caution is advised.

ANDERSON -- A convicted child molester who says he has more than 300 victims is concerned about social media giving predators even more tools to harm children.

Call 6 Investigator Kara Kenney sat down with Jack Reynolds near his current home in Anderson to talk about how he found his victims and how parents should protect their children against people like him.

Reynold’s insight, while difficult to hear, sheds light on the growing number of teachers, coaches and mentors arrested in recent years in Central Indiana for preying on students.

Reynolds himself was arrested in 1989 and serve more than 12 years in prison.

Below: Jack Reynolds discusses what things child predators are looking for as they target their victims.

Reynolds used his position as a youth umpire, referee and mentor to find opportunities to victimize children.

READ JACK REYNOLDS’ STORY | Molested at 7, Jack Reynolds says he victimized 300 boys before he was stopped

HEAR FROM ONE OF HIS VICTIMS | Victim of prolific child sex offender: ‘If I didn’t come forward, who would come forward?’

Reynolds moved from town to town in the 1970s and 80s – eventually landing in Tipton, Indiana.

He preyed upon little boys without friends and without a strong father figure.

“I wanted to be the one to teach them,” said Reynolds.

Below: Jack Reynolds discusses the methods child predators use to groom their victims.

Kenney asked Reynolds how the parents of his victims did not catch on.

“I played the normal role in society,” said Reynolds, who went so far as to get married to a woman to appear normal.  “I wanted people to think, ‘He’s normal, he has a job, he pays his bills.’”

"It made them feel like, ‘Wow, he's paying me attention,’" said Reynolds.

Reynolds was arrested in 1989 in Tipton after a little boy called the police when Reynolds tried to molest him.

Call 6 Investigates found many of the recent cases involving Central Indiana teachers and coaches crossing the line with students started with texting and messages over social media.

“The access (with social media) is wide open, and it scares me, it does,” said Reynolds. “Sexual contact by way of social media would have been a very deadly tool for me.”

Below: Jack Reynolds talks about how child predators could use social media as a tool to gain access to kids.

And former teacher’s aide Kisha Nuckols is accused of using Twitter, Snapchat and the KIK app to flirt with her teenage victims before having sex with them.

MORE | Kisha Nuckols, teacher who slept with students, back in jail on parole violation

Call 6 Investigates surveyed more than a dozen school districts in Indiana and found some corporations with no social media policy at all for staff members, including Lafayette, Speedway and Perry Township.

Perry Township is currently working on a social media policy for staff, according to Ronda Meyers, an administrative assistant to the superintendent. The district issued the following statement to Call 6 Investigates:

“As the social media landscape constantly evolves, our district will continue to update our policies to address those changes. We have channels and tools in place so students and staff can communicate in an appropriate space. We are also committed to ensuring teachers and staff have a clear understanding of limits, boundaries and expectations regarding social media interactions.”

The Lafayette School Corporation and Speedway superintendents said that while their districts do not have a specific policy related to social media contact between students and staff, they do provide training on do’s and don’ts of appropriate social media use.

Call 6 Investigates also found that, of the districts that do have social media policies, not all prohibit “friending” or following students.

In both IPS and Mt. Vernon Schools, district policies did not address messaging or following students on social media.

Both school districts recently had staff members, Taylor and Nuckols, use social media to groom their victims.

Both IPS and Mt. Vernon Schools said they are currently reviewing their social media policies, and that they do provide training to staff on how to use social media.

Call 6 Investigates did find several school districts with specific language about being friends with students on social media. Those districts include Decatur Township, Mooresville and Noblesville.

“An employee should not ‘friend’ a current student who is not a family member on a personal site,” reads Noblesville Schools’ social media policy. “’Friending’ parents of students are discouraged as it blurs the line between the personal and professional life. Rather, staff members are encouraged to create alternative ways to communicate classroom activities with parents, such as a blog, a classroom webpage or a Facebook “fan” page specifically for that purpose.”

Reynolds found it concerning that some school districts don’t have social media policies in place.

“I think it’s disgusting,” Reynolds said. “But, when you think about it, there are ways to get around anything. If a teacher really wants to get inside a child’s personal life, they are going to find a way.”

Reynolds said setting up roadblocks may help prevent incidents or catch predators like himself.

He said the schools should not have the sole responsibility in protecting children from predatory teachers and coaches.

“Parents need to pay more attention to their kids,” said Reynolds. “Be more conscientious, be more loving, for goodness sake, be a parent!”

Reynolds said parents should check their child’s phone and look for signs something is not right.

“If your child starts showing favoritism toward an adult, ask yourself why,” said Reynolds.

Reynolds maintains he has not molested in more than 26 years and now helps run a support group for child molesters to help them take responsibility for what they’ve done and avoid re-offending.

“Children do not deserve to be molested,” said Reynolds. “I consider myself a recovering child molester. I still recognize the harm I can create.”

Jack Reynolds hopes parents will educate their kids about their bodies so they speak up like the little boy in 1989.