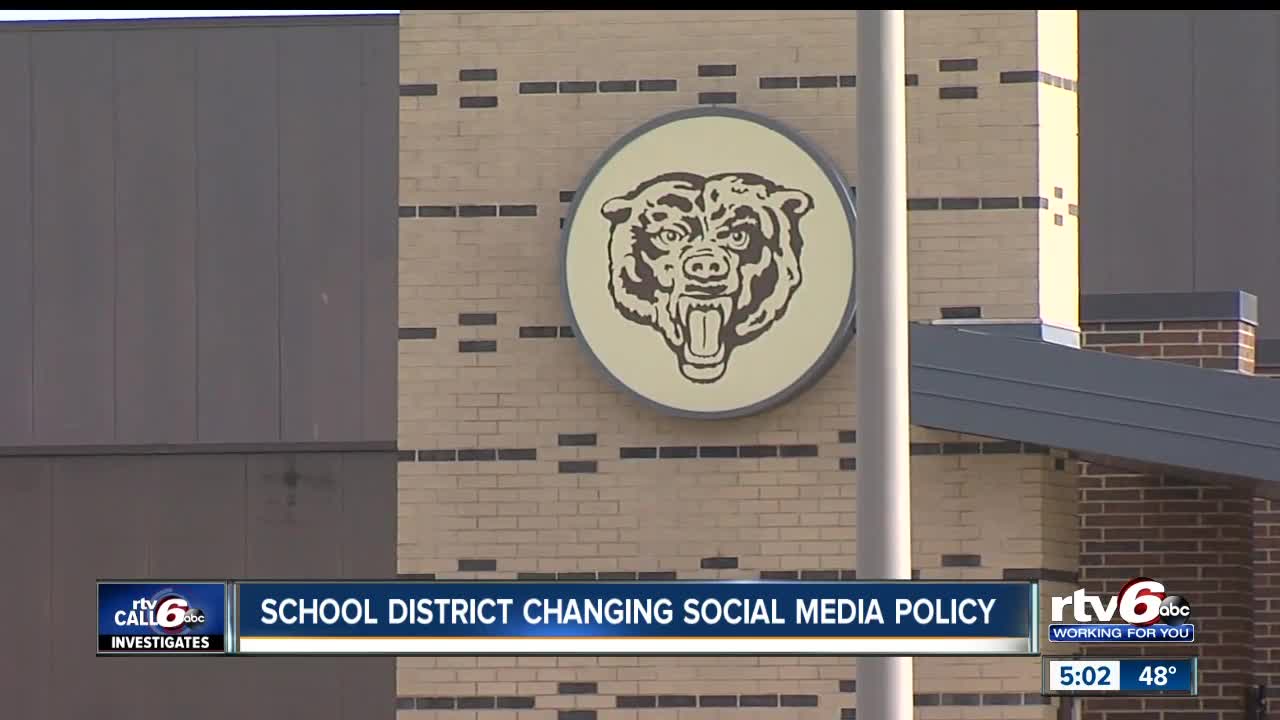 The North West Hendricks School Corporation is making changes to its Parent Code of Conduct following questions from Call 6 Investigates about the legality of the policy. 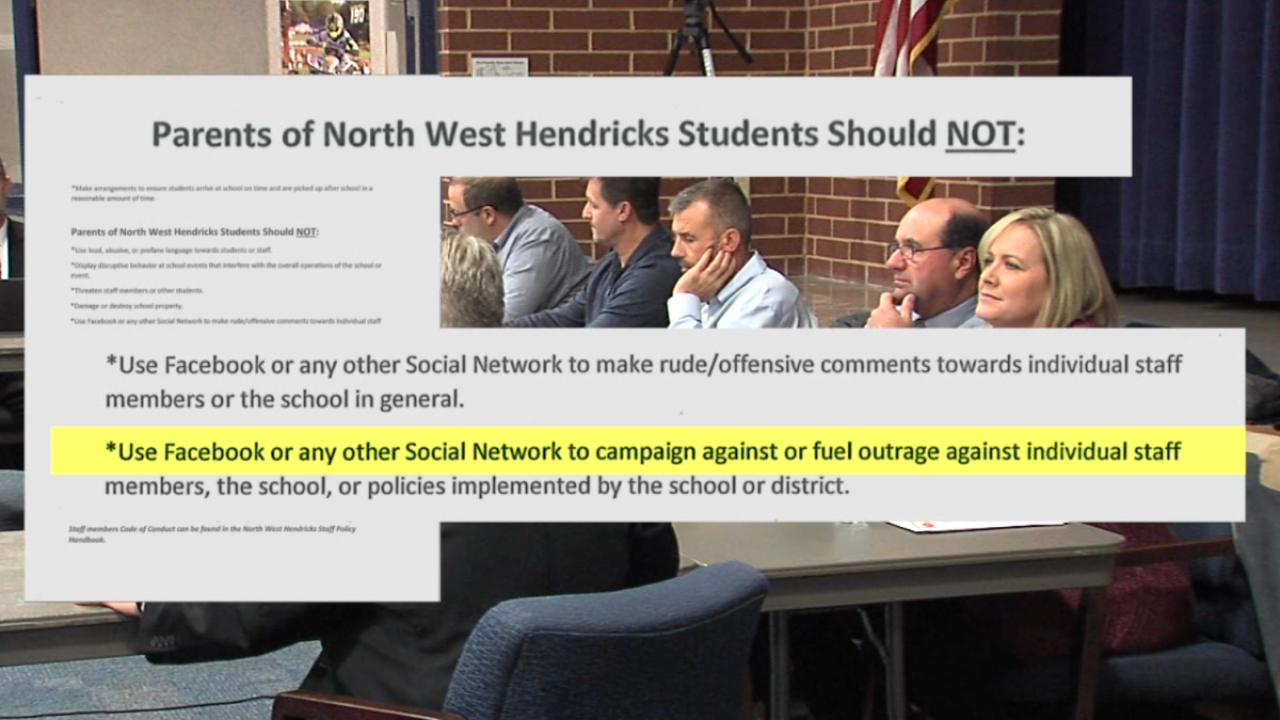 LIZTON — The North West Hendricks School Corporation is making changes to its Parent Code of Conduct following questions from Call 6 Investigates about the legality of the policy.

The district’s current Parent Code of Conduct says parents can’t use social media to make rude or offensive comments toward school staff members or the school in general, and parents who violate the policy can be removed or even banned from school property.

“I think this is flagrantly unconstitutional,” ACLU of Indiana’s Ken Falk said. “The overarching problem is you have the government saying if we don’t like what you’re saying, we can punish you — but the government is not allowed to do that. That’s why we have the First Amendment.”

The district announced Tuesday it is making changes to the policy after consulting with attorneys with the Indiana School Board Association.

The NWHSC school board read the updated policy Tuesday night, which deletes all language related to parents and social media, at its meeting Tuesday night.

“The parents code of conduct was an issue,” said Donna Petraits, a spokeswoman for the district. “We took that immediately to an attorney and had it vetted. The recommended changes will be made, so I think that will make people happy.”

The amended policy will head to second reading and possibly approved at the February board meeting.

It will delete the following two lines from the Parent Code of Conduct, which says, “Parents of North West Hendricks Students Should NOT”

Although the Parent Code of Conduct took effect in 2016, it has come under recent scrutiny.

The district has faced sharp criticism for keeping teacher Tyler Bruce on its payroll, despite allegations of sexual misconduct involving a student.

Bruce is under criminal investigation but has not been charged, and Bruce denies any wrongdoing.

The district handed out copies of the Parent Code of Conduct at the December school board meeting.

Donna Petraits, the district’s communications consultant, said no parent had been removed from school property because of the policy.

"North West Hendricks Schools made available copies of the Parent Code of Conduct at the December school board meeting in response to inappropriate and disruptive behavior that had been exhibited at the November board meeting," she said. "The intent was to remind patrons that the district can take action when such behavior is displayed on its campus.”